Red list to be SLASHED tomorrow – sparking hopes for holidays

THE UK's red travel list is expected to be slashed in a government announcement tomorrow.

The list still consists of 54 countries, which includes destinations such as Thailand, Mexico and Cuba. 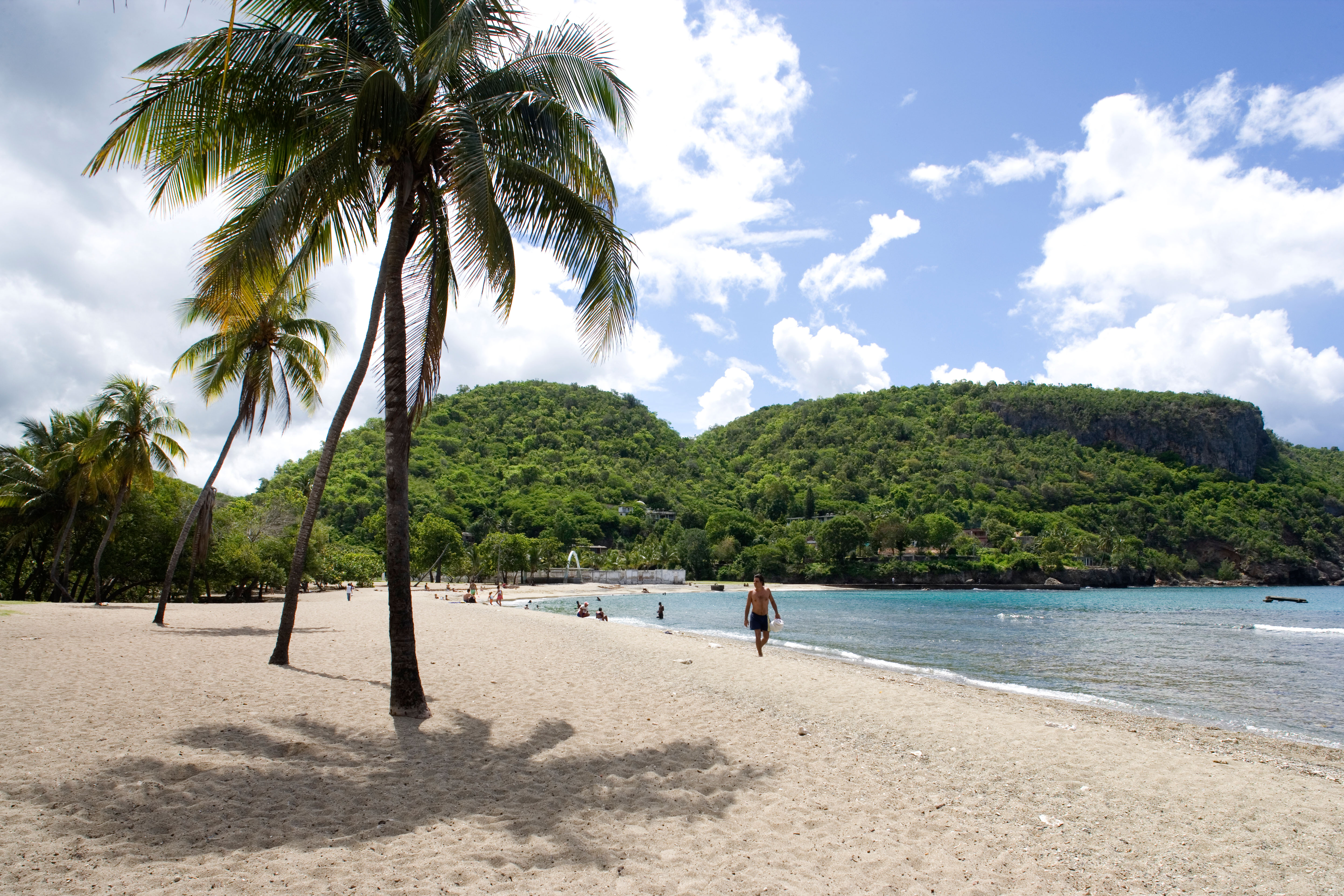 A decision on which countries will be removed from England's red list is expected to be made following a meeting of government ministers on Thursday.

The devolved administrations in Scotland, Wales and Northern Ireland set their own travel rules but have recently mirrored announcements made in Westminster.

Paul Charles, chief executive of travel consultancy The PC Agency, predicted that only a handful of "less visited areas" such as Afghanistan, Haiti and Somalia will remain on the red list, with the "blanket measures on Africa and South America removed".

He told PA this will be "a major step forward" as it means the Government will "finally move to a policy of individual risk".

The removal from the red list of Mexico, South Africa and Thailand would send "a confidence boost across the sector and across consumers".

Mr Charles said it is "very hard to justify" why any countries are on the list "when there are no new variants of concern there".

He continued: "That's why Ireland have removed every country from their red list because they see no threat. So the UK should be following that example."

The London-based World Travel and Tourism Council, which represents private firms, said the sector's recovery will continue to be "sluggish" due to policies such as the UK's red list.

The organisation predicted that travel and tourism's contribution to global gross domestic product (GDP) is set to rise by less than a third in 2021.

Meanwhile, coronavirus data analyst Tim White believes "up to 18" countries could remain on the red list.

Writing on Twitter, he described reports that the list could be cut to just nine as "optimistic".

Anyone arriving in the UK from a location in the red tier must currently spend 11 nights in a quarantine hotel, costing £2,285 per person.

Travellers who are not fully vaccinated must self-isolate at home for 10 days when returning from a non-red list country, but those who have been jabbed are now exempt.

The government may use the travel update to confirm the date when fully vaccinated people arriving in England will be able to use a cheaper lateral flow test rather than a PCR version for their day-two test.

The Department for Transport said on Monday that this policy will be implemented "later in October", adding that the Government "aims to have it in place for when people return from half-term breaks". 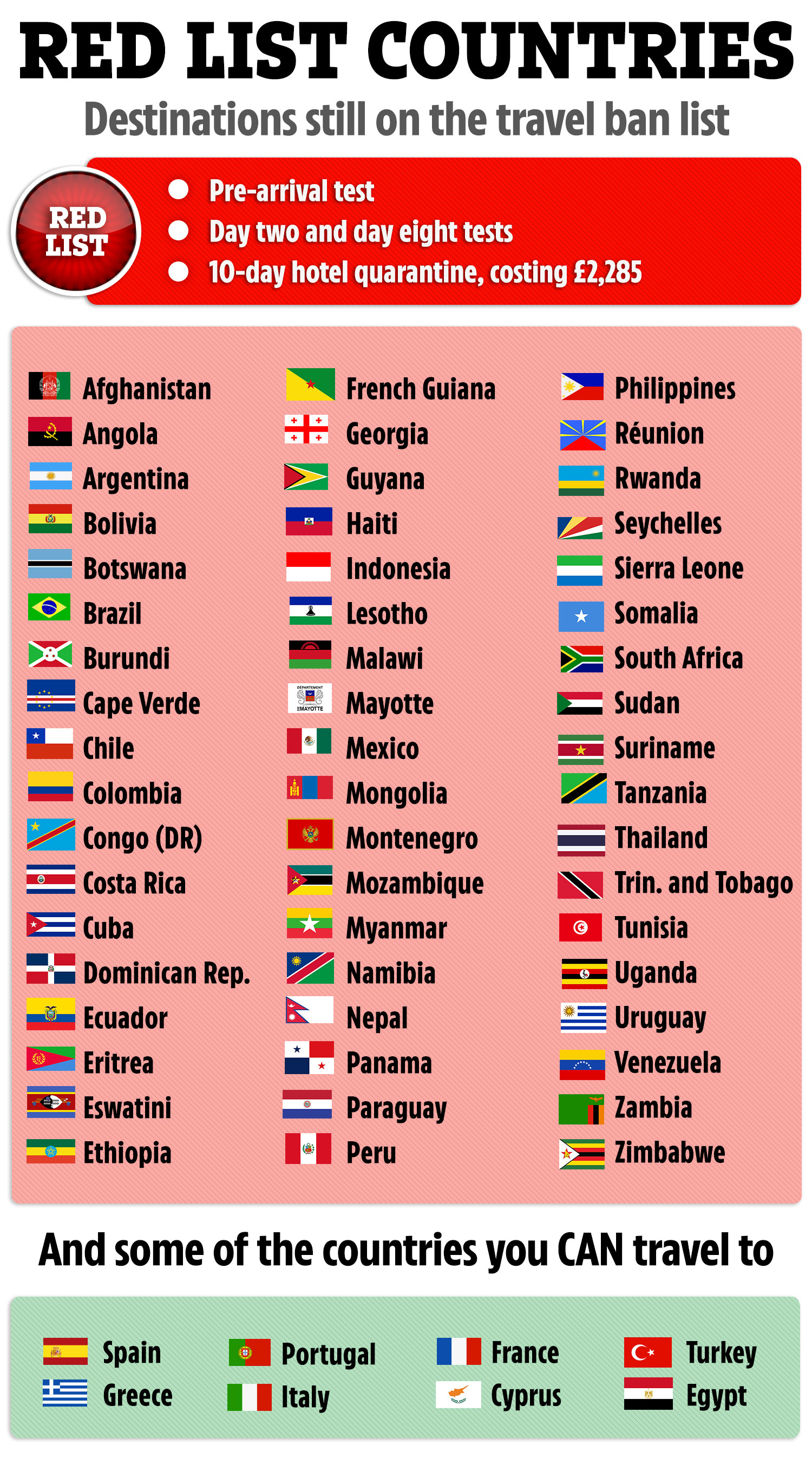 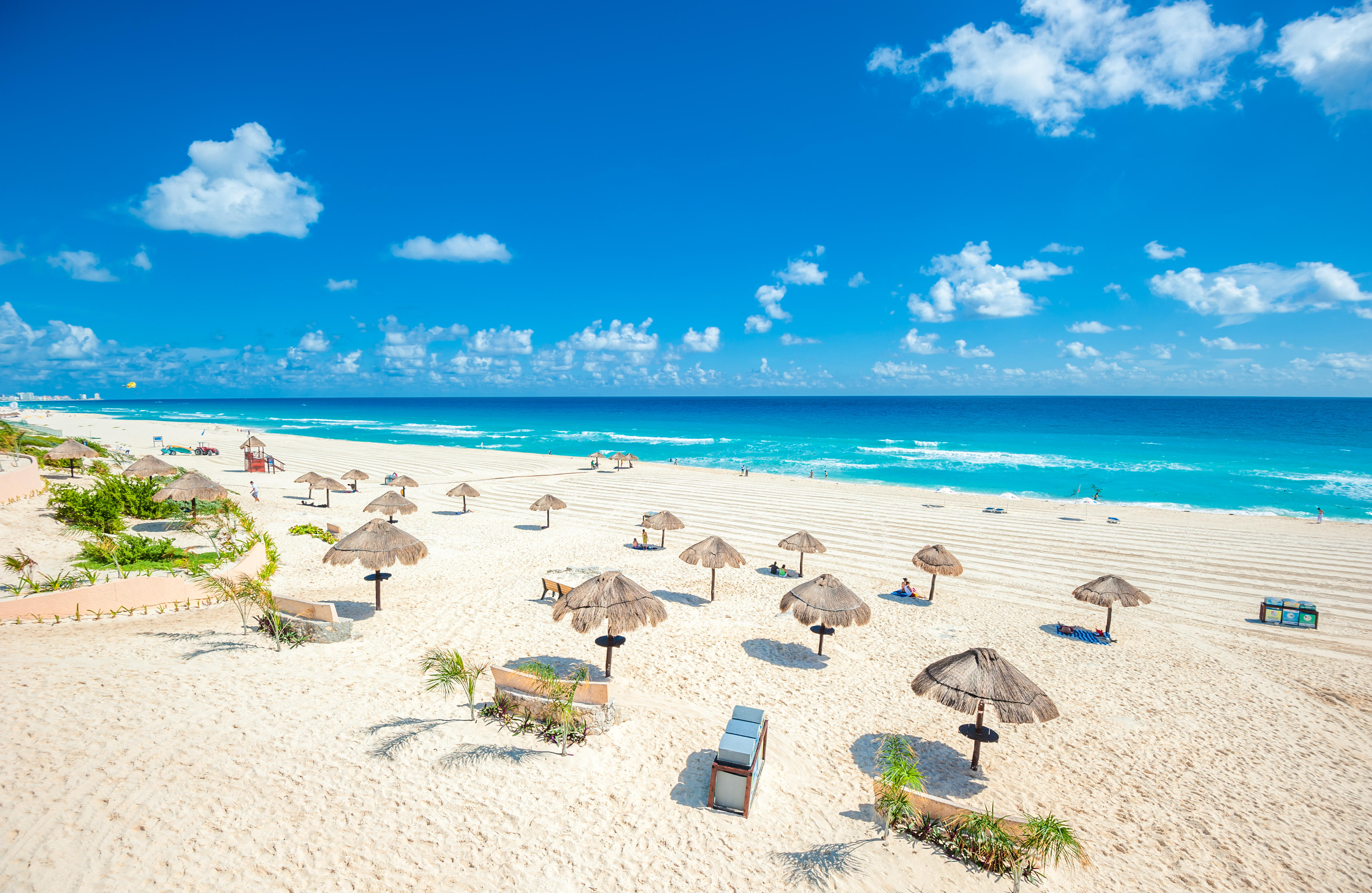