Step into the glamourous world of newspapers at Coventry's Telegraph Hotel 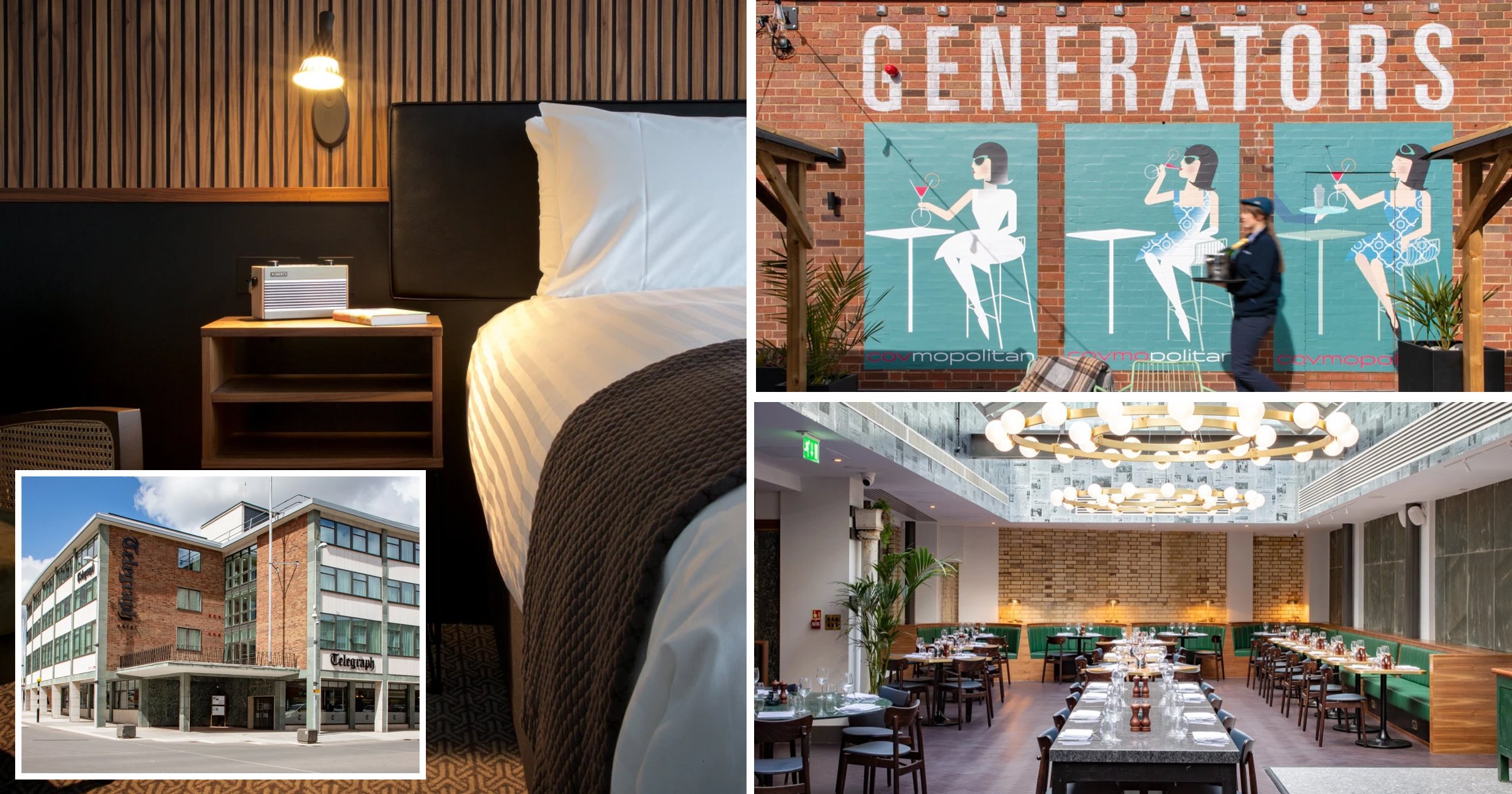 The minute I spot the Gothic-looking script on the side of the rectangular building across the road from Coventry’s famous Belgrade Theatre, I get a frisson of excitement.

Yes, I write for a newspaper but these days everything is done digitally and the romance of the days of the rolling of the presses or stories being painstakingly laid out to be typeset, sadly no longer exists.

Thank goodness for property developers Ian and Brian Harrabin, who, after the building which used to house their local paper, the Coventry Telegraph (and its printworks), closed nine years ago, stepped in with a plan to reinvent it as a hotel.

Everywhere there are reminders of the building’s former use – from the black and white prints of past front pages in every room, to the polished wooden counter in the lobby where clerks would process classified adverts.

The furniture and decor are largely mid-century modern, in keeping with the style of the time (the building dates from 1959).

The floors are original marble, walls are made from walnut panels or green polished granite, while there are burnished brass details throughout.

QR codes are posted next to various arcane looking bits of equipment to explain what they used to do (like the comptometer – an old counting machine – or the pneumatic tubes, which were used to transport documents between departments).

It all feels rather glamorous and I can only imagine what exciting stories used to be broken here by fast-talking, and even faster-smoking, reporters.

USP: It’s not often you can say you’ve spent the night on the premises of a newspaper. Well, unless you’ve worked for one.

The 88 rooms are in varying sizes and there’s a suite named after the paper’s former owner, Lord Iliffe. I love the ‘Do Not Disturb’ signs – the ‘I’m Not In’ side reads ‘Chasing A Scoop’, while the other says ‘On A Deadline’.

Four floors up, above what used to be the printworks, is rooftop bar Generators, named after those kept on site in case the electricity failed.

Who goes there? A mix of couples, groups of mates and the odd business traveller.

Venture out: This year, Coventry holds the title of City of Culture – check what events are on at coventry2021.co.uk.

It’s easy to walk around the compact centre and take in its history, from the row of medieval timbered houses on Spon Street, to the remnants of the cathedral, which was bombed in the war – don’t miss the modernist new one which was built next to it in 1962.

The Herbert Art Gallery and Museum (free) has fascinating information and artefacts about the city’s industrial past as a centre for weaving, watchmaking and bicycle building.

And check out the FarGo Village, a cool space bringing together independent boutiques, street food and coffee bars.

British Airways flash sale has holidays from £149pp | The Sun