Follow
Home » Travel » These are the best viewpoints in the UK 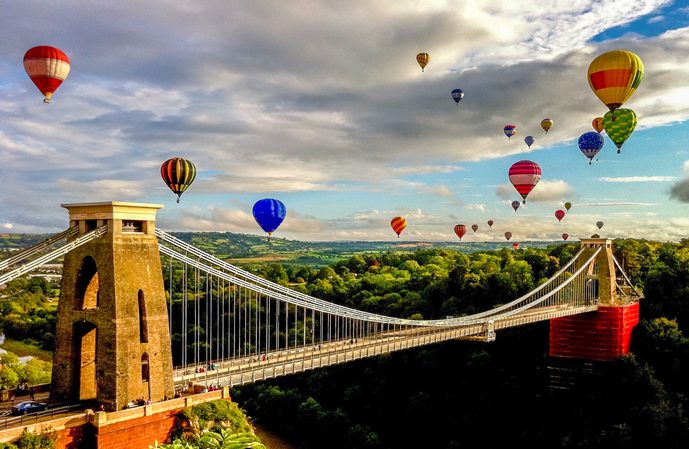 Is there anything better than soaking up an incredible view? Whether it’s of a city skyline, or rolling countryside hills.

Well, the folks at Remitly know how much we love a good viewpoint, so they’ve rounded up some of the best in the UK.

They analysed more than a million TripAdvisor reviews to find which spots receive the most positive comments from visitors – when it comes to the view on offer.

As a result, they put together a list for the best places in the UK to soak up the sights – as well as a wider one for top spots around the world.

Scooping first place for the UK is the London Eye – a tourist attraction built at the turn of the millennium. And with pods offering 360-degree views of the stunning capital city, it’s hardly a surprise.

In second place is Edinburgh Castle, with terrific views of the Scottish city. From high upon the Castle Rock, on a clear day, you can see the famous Forth Bridges, the Bass Rock and even Highland peaks like Ben Lomond – plus many of Edinburgh’s historic sights.

In third palace is Clifton Suspension Bridge in Bristol – a site which boasts brilliant views of Avon Gorge and the city’s rooftops.

This was followed close behind by British Airways i360 – a giant glass pod offering stunning views of Brighton, the South Downs and the South coast.

Then the Albert Docks in Liverpool took fifth position, which offers a glimpse of the city skyline towards the iconic Liver Building – including the Museum of Liverpool and the Tate.

Best viewpoints in the UK:

In terms of the best viewpoints in the world, the US did incredibly well in these rankings – with Top of the Rock in New York City landing first place.

This was followed by the London Eye in second and the Effiel Tower in third.

Other US spots also make up the top 10, including High Roller in Vegas and Diamond Head State Monument in Hawaii.

Best viewpoints in the world: