Dubai: Protesters in Iran called on Sunday for a three-day strike this week, stepping up pressure on authorities after the public prosecutor said the morality police whose detention of a young woman triggered months of protests had been shut down.

There was no confirmation of the closure from the Interior Ministry which is in charge of the morality police, and Iranian state media said Public Prosecutor Mohammad Jafar Montazeri was not responsible for overseeing the force. 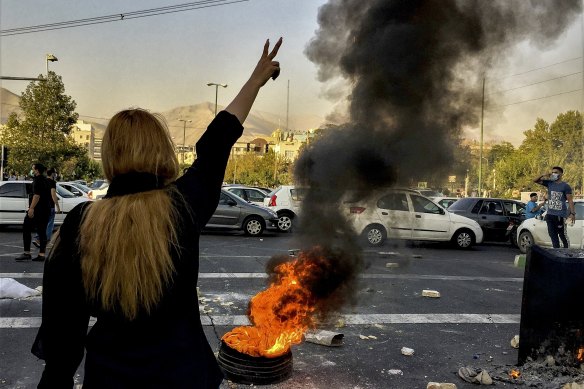 Iranians protests the death of 22-year-old Mahsa Amini after she was detained by the morality police, in Tehran, October.Credit:AP

Top Iranian officials have repeatedly said Tehran would not change the Islamic Republic’s mandatory hijab policy, which requires women to dress modestly and wear headscarves, despite 11 weeks of protests against strict Islamic regulations.

Hundreds of people have been killed in the unrest which erupted in September after the death in custody of Mahsa Amini, a 22-year-old Kurdish Iranian woman who was detained by the morality police for flouting the hijab rules.

Protesters seeking to maintain their challenge to Iran’s clerical rulers have called for a three-day economic strike and a rally to Tehran’s Azadi (Freedom) Square on Wednesday, according to individual posts shared on Twitter by accounts unverified by Reuters.

President Ebrahim Raisi is due to address students in Tehran on the same day to mark Student Day in Iran.

Similar calls for strike action and mass mobilisation have in past weeks resulted in an escalation in the unrest which has swept the country – some of the biggest anti-government protests since Iran’s 1979 Islamic Revolution.

The activist HRANA news agency said 470 protesters had been killed as of Saturday, including 64 minors. It said 18,210 demonstrators were arrested and 61 members of the security forces were killed.

Iran’s Interior Ministry state security council said on Saturday the death toll was 200, according to the judiciary’s news agency Mizan. 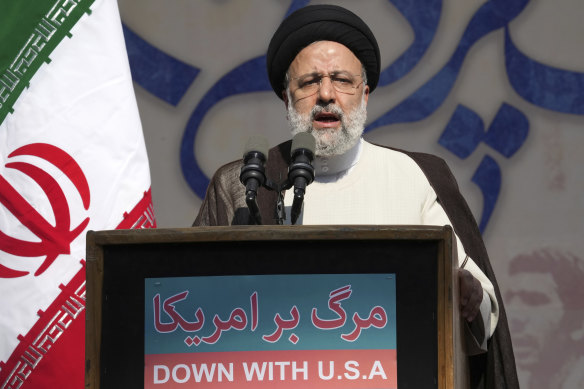 Residents posting on social media and newspapers such as Shargh daily say there have been fewer sightings of the morality police on the streets in recent weeks as authorities apparently try to avoid provoking more protests.

On Saturday, Montazeri was cited by the semi-official Iranian Labour News Agency as saying that the morality police had been disbanded.

“The same authority which has established this police has shut it down,” he was quoted as saying. He said the morality police was not under the judiciary’s authority, which “continues to monitor behavioural actions at the community level”.

Al Alam state television said foreign media were depicting his comments as “a retreat on the part of the Islamic Republic from its stance on hijab and religious morality as a result of the protests”, but that all that could be understood from his comments was that the morality police were not directly related to the judiciary.

They had been arrested in June – before the current unrest sweeping the country – following cooperation between the Ministry of Intelligence and the Revolutionary Guards, Tasnim news agency reported.

The prime minister’s office in Israel, which oversees Mossad, declined to comment.

The Islamic Republic has long accused arch-enemy Israel of carrying out covert operations on its soil. Tehran has recently accused Israeli of plotting a civil war in Iran, a charge it has also made against the United States and other Western countries. 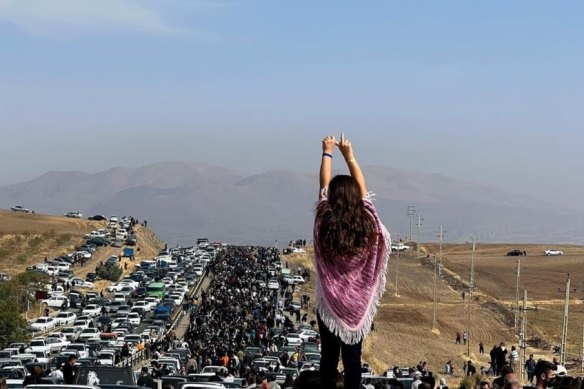 A girl with uncovered head stands atop a car during protests in Iran.

Iranian state media reported on Wednesday that the country’s Supreme Court had upheld the death sentence handed out to the four men “for the crime of cooperating with the intelligence services of the Zionist regime and for kidnapping”.

Three other people were handed prison sentences of between five and 10 years after being convicted of crimes that included acting against national security, aiding in kidnapping and possessing illegal weapons, the Mehr news agency said.