ISIS terror chiefs now have US city Seattle in their sights – and have vowed Donald Trump will be quaking in fear.

They have released a poster via their media channels showing the West coast city – home to Boeing – in flames. 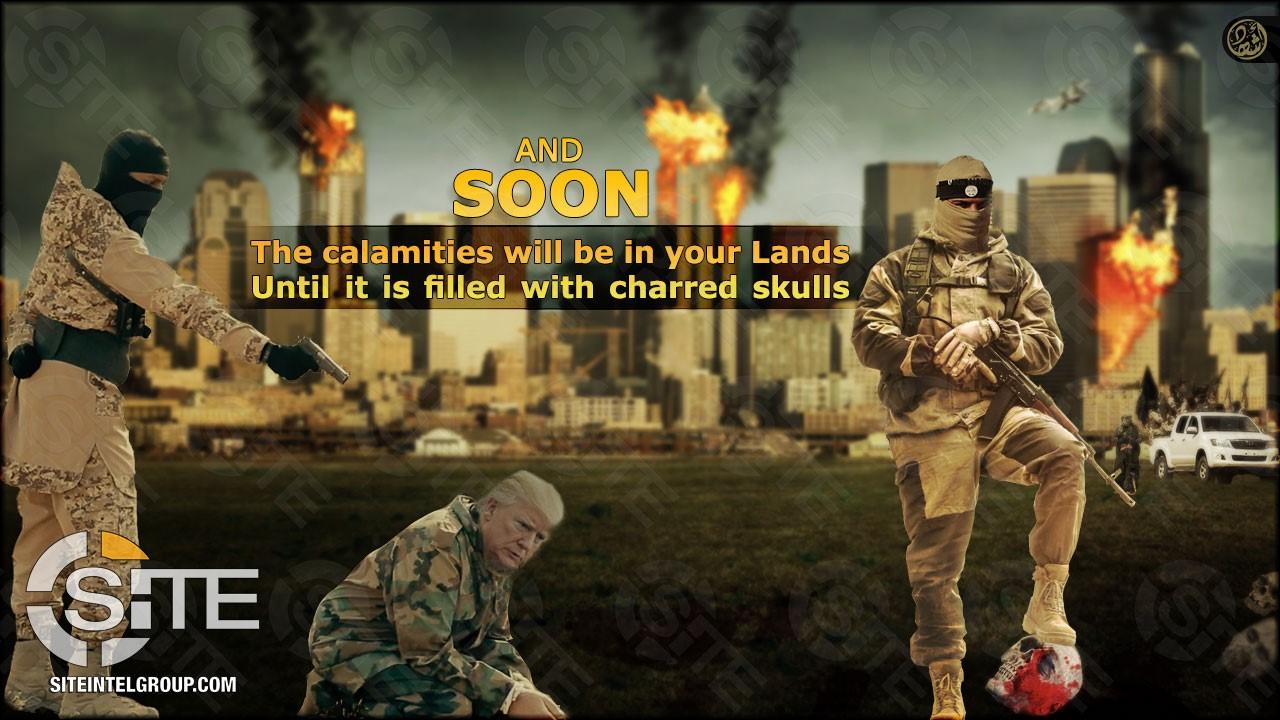 Trump – dressed in camouflage gear – is shown kneeling on the ground with a fighter stood pointing a pistol at the back of his head.

Another Jihadi stands to his right and a warning reads: “Soon…the calamities will be in your lands until it is filled with charred skulls.”

Yesterday the group uploaded another snap showing Trump in chains, dressed in the same orange jumpsuit so many of their execution victims are forced to wear. 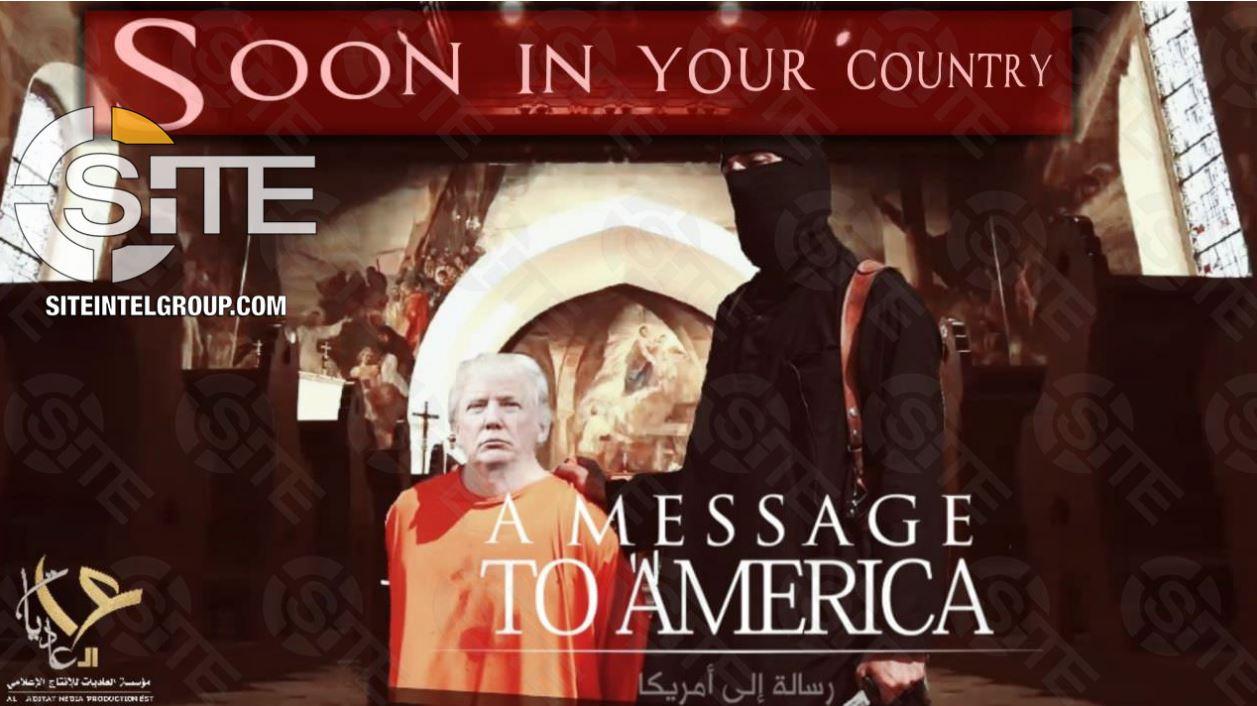 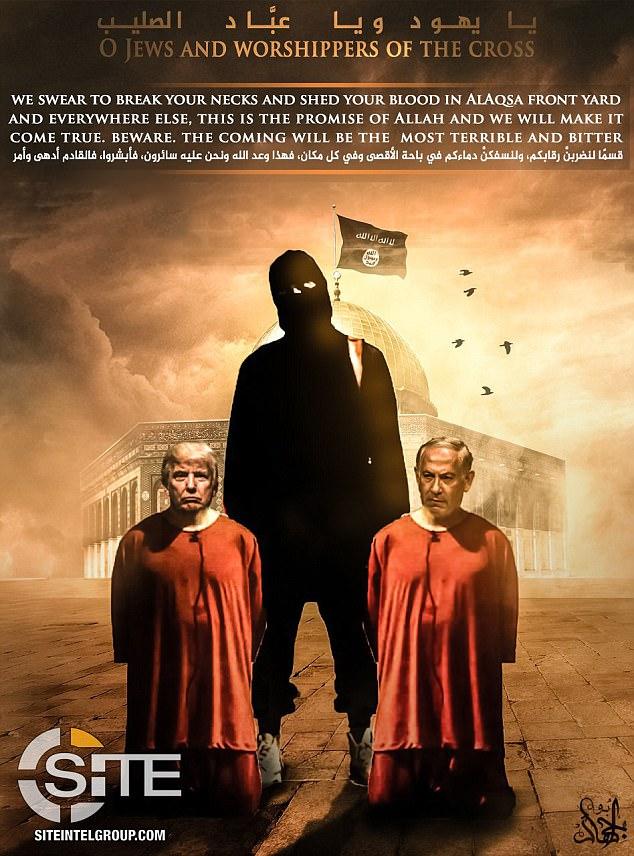 The group’s propaganda wing released footage that included an image of a Jihadi – dressed in Western-style clothes, including a baseball cap – aiming a silenced automatic pistol at the driver of a pick-up truck.

In the message it promised attacks in the US and the West.

In December, the terror group released a twisted, doctored image of Trump and Israeli leader Benjamin Netanyahu keeling in front of a hooded, Jihadi John-style executioner.

The shocking image, featuring the disputed al-Aqsa mosque, was released as fanatics pledged to carry out  attacks in terrifying propaganda pamphlets circulating online.

And hardliners have also shared videos of two children – one who dreams of becoming a suicide bomber for the terror group and a second lad who prays for death to America and Shi’ite Muslims.

The videos come as the US military sounds a warning that Islamic State has still not been finished off in Syria. 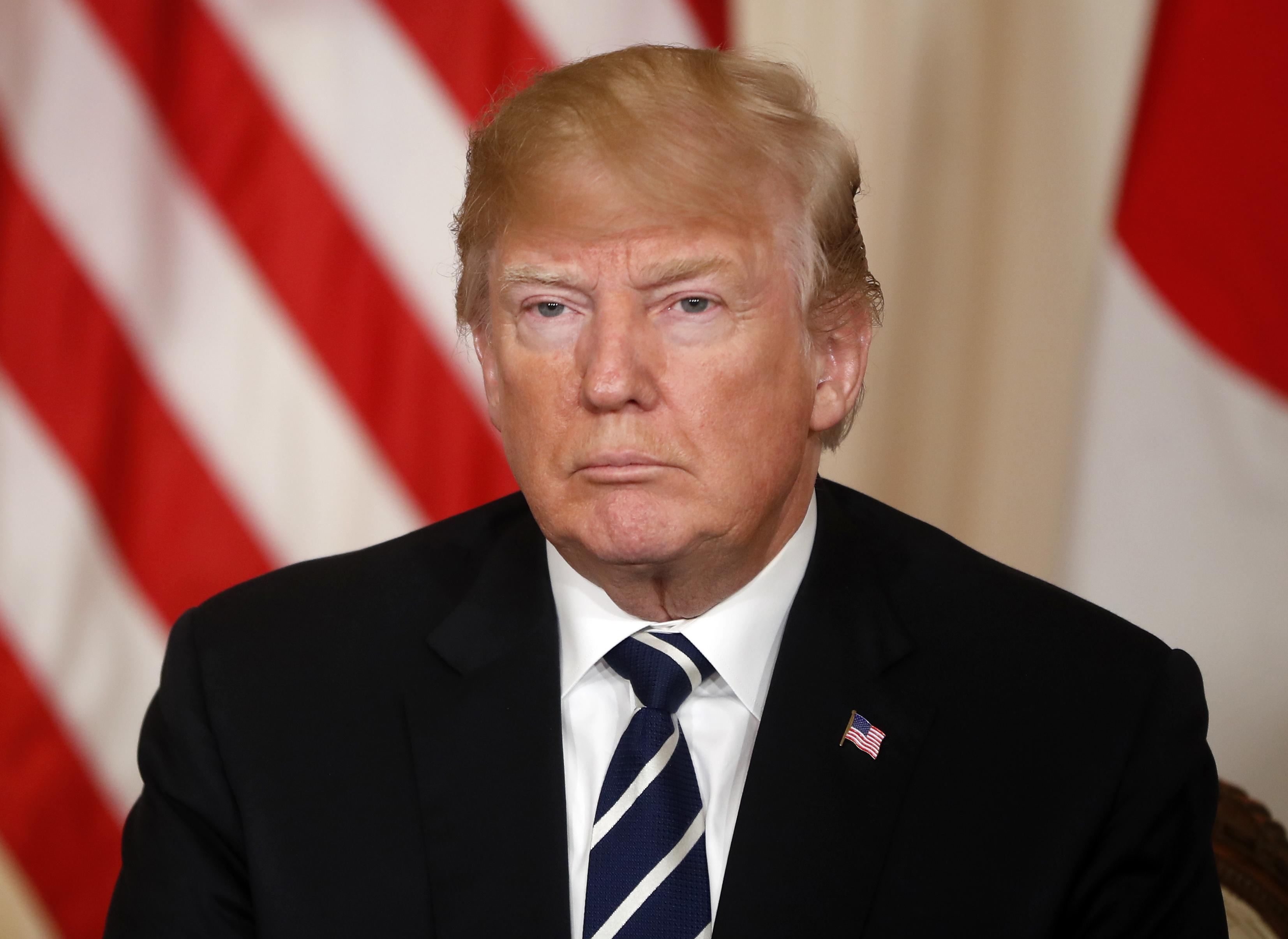 ISIS forces have all but been destroyed in neighbouring in Iraq but  Colonel Ryan Dillon, a spokesman for the US-led coalition fighting ISIS in, said the regime of Syrian President Bashar al-Assad and its ally Russia have not always been able to hold the terrain recaptured from ISIS.

"As we look at ISIS in areas where we are not operating, where we are not supporting our partners on the ground, there has been ISIS elements who have been able to come back and take territory (including in) some of the neighbourhoods in southern Damascus," Dillon said.

“We've seen ISIS start to resurge in areas west of the Euphrates River," he added.

The US military is closely watching ISIS in Syria and Iraq, where the militants have lost 98 per cent of the land they once held, according to the Pentagon.

Progress, however, has ground to a halt in recent weeks in areas where the US-led coalition is fighting ISIS through the Syrian Democratic Forces due to Turkish military action in the north.

In January, Turkey launched a bloody operation around Afrin to push Kurdish fighters out of the city.

Any Kurdish fighters that had been engaged in anti-ISIS operations have quit that fight to support comrades in Afrin.

Dillon said there had been no significant gains against ISIS since the Kurdish members of the SDF had left.