Prison guards could be forced to go through airport-style security scanners to stop them sneaking illegal items into jails.

Under a major Government crackdown on drugs, X-ray body scanners and biometric identification for visitors will be installed in all new prisons.

Vulnerable frontline prison staff who may be susceptible to corruption could be forced to use the scanners to stop them bringing in contraband.

Prisons will be given individual targets on the number of drug tests they should carry out, and will be held to account on drug rehabilitation – with results published in a league table.

The proposals will be published today in the Prisons Strategy White Paper which aims to deliver modern jails with the ‘right conditions to reform and rehabilitate offenders’. 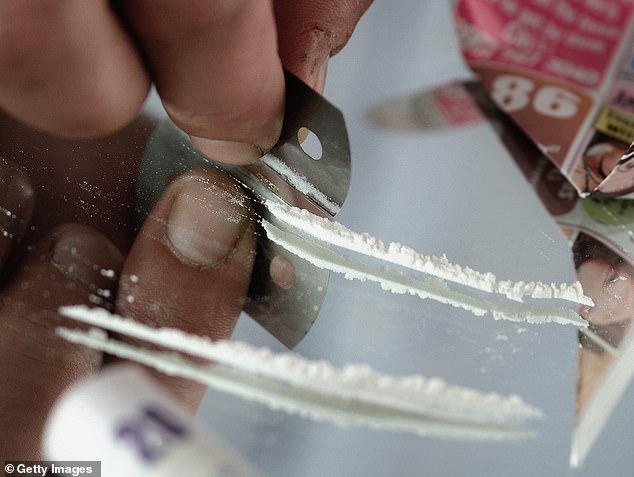 Last night Boris Johnson said that the Government is delivering ‘tougher sentences and 20,000 more prison places’ but said prisons ‘need to play their part in cutting crime and preventing future victims’. The Prime Minister added: ‘That is why – with a zero tolerance approach to drugs and more autonomy for governors to maintain good order – our reforms will clamp down on the causes of reoffending and make sure prison pays.’

Justice Secretary Dominic Raab said: ‘Our plan will improve the security of our jails to help cut off the flow of drugs, knives and mobile phones, and allow effective rehabilitation to take place.’ Over recent years, there has been intense scrutiny over the ease with which prisoners have smuggled narcotics into jails despite Government measures to tackle the issue.

Since last summer, scanners in prisons have thwarted more than 10,000 attempts to sneak drugs, phones and weapons in.

The Government announced £100million of extra investment to improve prison security in 2019 – which has been used to install X-ray body scanners at all closed male prisons, showing whether prisoners are smuggling contraband within their bodies.

Figures released in 2018 showed some 341 prison staff were either dismissed, excluded, convicted or cautioned by police for taking contraband into prisons over the previous six years.