A shoppers was left shocked when he discovered that £1 protein bars had been locked in security boxes in Tesco.

The security boxes were spotted in the Gilesgate Tesco Extra in County Durham on Boxing Day by customer Andrei Lespezeanu.

He spotted the MyProtein and Dynabars goods under lock and key, despite costing between £1 and £2.50.

Other Tesco branches have been criticised for keeping low-value goods in security boxes, including anti-head lice treatment and false eyelashes. 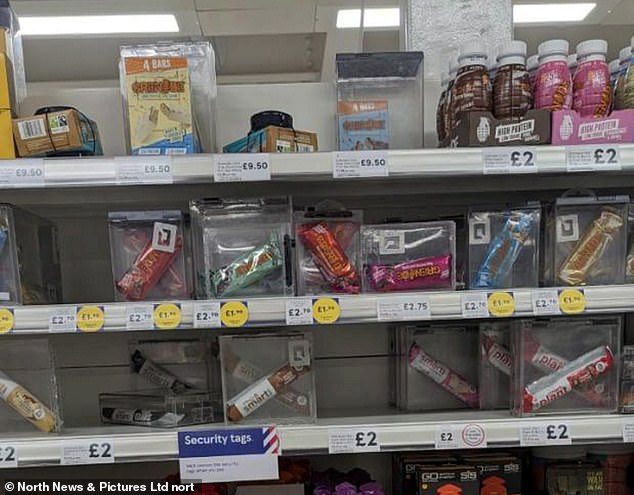 The protein bars were being held in security boxes on the shelves. Customer Andrei Lespezeanu said he was confused as to why the low-value items were being locked away 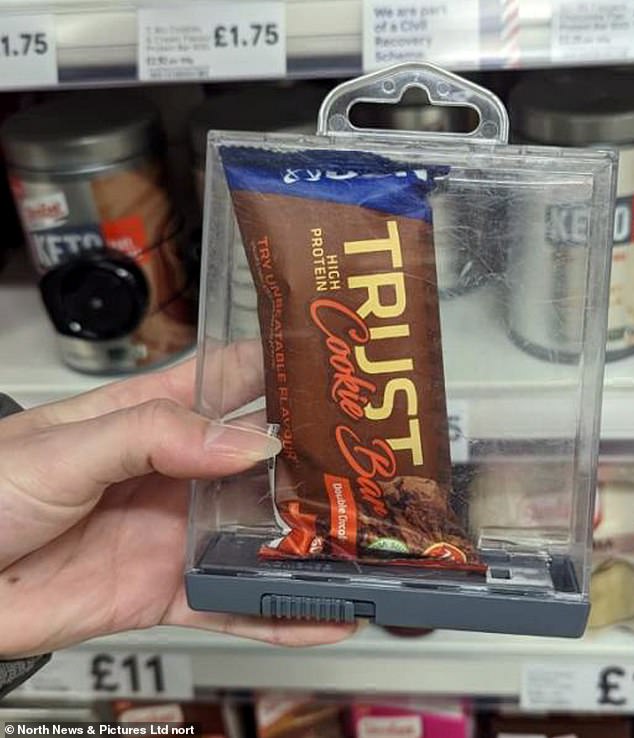 The protein bars ranged in value from £1 to £2.50, with many on special offer to customers with a Clubcard

Andrei said: ‘I was shocked when browsing through the store to come across cereal and protein bars worth as little as £1 locked in security boxes.

‘I am confused why the store has felt the need to do this since there are other items in the store worth more that don’t have security tags or boxes.

‘The only explanation for this that I can come up with is that people are prone to stealing these cereal and protein bars. 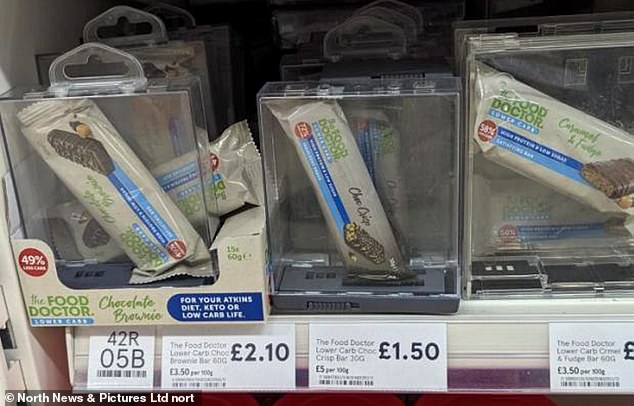 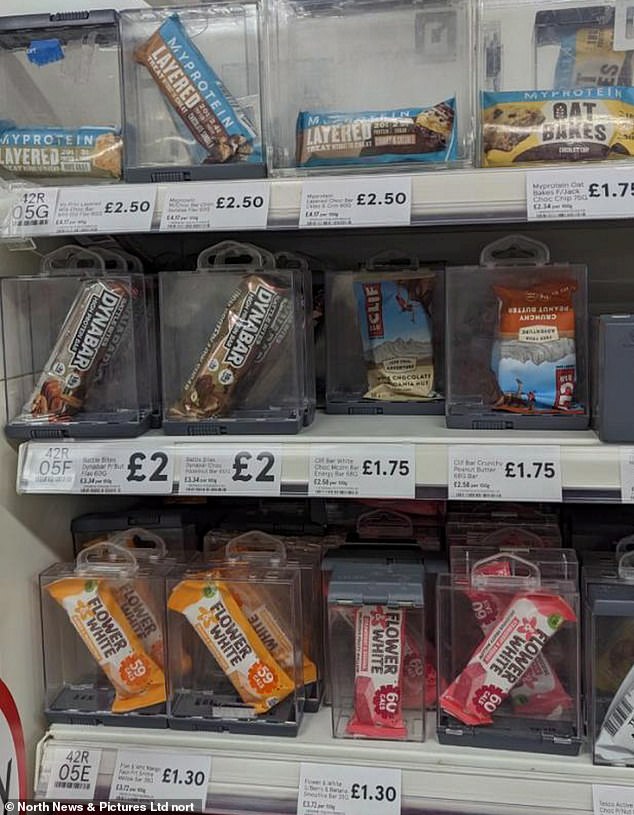 It’s not the first time Tesco stores have kept surprising items in security boxes. In April, a store in Greater Manchester locked away anti-wrinkle cream and fake eyelashes

‘I think this is one of the many examples of how the cost of living crisis is affecting not only people but business too.’

The Middleton and Blackley branches of Tesco, in Greater Manchester, hit the headlines in April 2022, for also keeping protein bars locked away.

Other low-priced items that were being kept in security boxes included £3 false eyelashes, head lice treatment shampoo, and a £5 anti-wrinkle cream.

MailOnline understands that Tesco has different security policies in different stores and that introducing security protocols on goods is common across supermarkets.