Ronald and Nancy Reagan ‘turned their backs’ on friend Rock Hudson when he was diagnosed with AIDS: First Couple ‘REFUSED’ to make phone call to get him into French hospital for experimental treatment, book claims

Ronald and Nancy Reagan were longtime friends of movie star Rock Hudson – but allegedly turned their backs on him when he was diagnosed with AIDS, and then refused to help him get into a treatment program that may have extended his life.

Hudson was diagnosed with the deadly disease in 1984 after the former First Lady suggested the actor, who looked gaunt at a White House party, get a mole checked.

A year later, Hudson turned to the Reagans for help getting into a French hospital for experimental treatments that could have potentially saved or extended his life.

But they refused to make the phone call, the newly-released biography ‘Elizabeth Taylor: The Grit and Glamour of an Icon’ by Kate Andersen Brower, claims in an article published in Page Six this week. 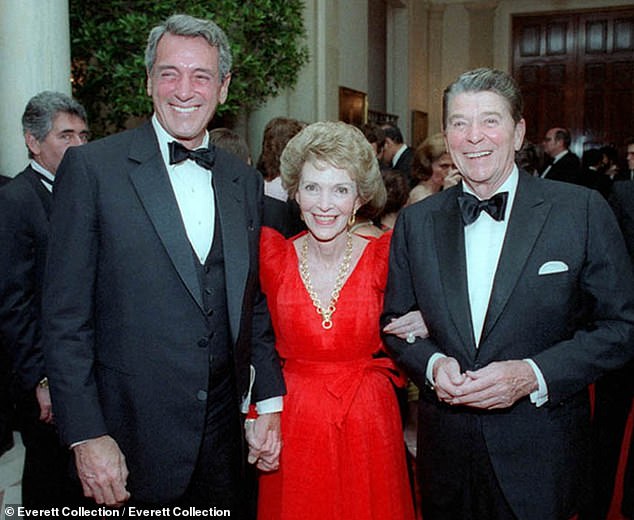 Ronald and Nancy Reagan turned their backs on friend Rock Hudson (pictured on the left in 1984) when was diagnosed with AIDS and refused to help him get into a treatment program that may have extended his life, a new book has claimed 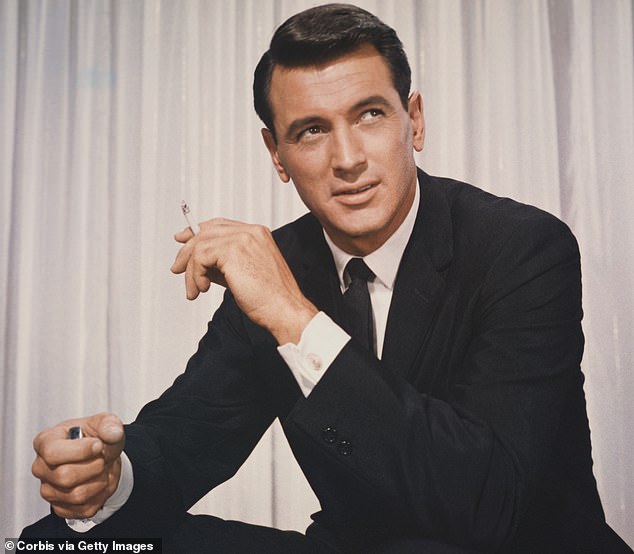 Hudson was diagnosed with AIDS in 1984 after Nancy Reagan suggested the actor, who looked gaunt at a White House party, get a mole checked. He died in 1985 at age 59

The new biography of Elizabeth Taylor highlights her relationship with Hudson and how she stayed by his side until his death.

Brewer writes in the book that Hudson was diagnosed with AIDS on June 5, 1984, after concerned First Lady Nancy Reagan mentioned the mole he had.

A year later, just a day before he went public with the news of his diagnosis, his publicist reached out to the Reagans for help.

Publicist Dale Olson sent a desperate telegram to the Reagans at the White House pleading for help to get Hudson admitted for treatment.

He claimed that: ‘Rock was in Paris seeking experimental treatments and there was only one hospital in the world that could potentially save his life…or at least alleviate his illness.’

Olsen allegedly asked the Reagans to make a phone call to get Rock transferred from the American Hospital in Paris to a French military hospital where more advanced treatment was available, the book claimed.

‘The Reagans would not help,’ Brewer wrote, ‘and they turned their back on their old friend.’

Hudson did eventually enter the French military hospital — and also received a call from President Reagan wishing him well, the Associated Press reported.

But Hudson was already in dire condition, and with the doctor concluding that nothing more could be done, the actor spent $250,000 to charter a Boeing 747 home to Los Angeles, where he would die two months later, the Atlantic reported.

The first news reports about AIDS surfaced in 1981 — just months into the Reagan presidency — and within a few years, thousands of gay men had died of the disease.

But Reagan didn’t make an early push to fund expanded medical research and didn’t make his first public comments about AIDS until 1987, at which time more than 20,000 Americans had died of its complications. 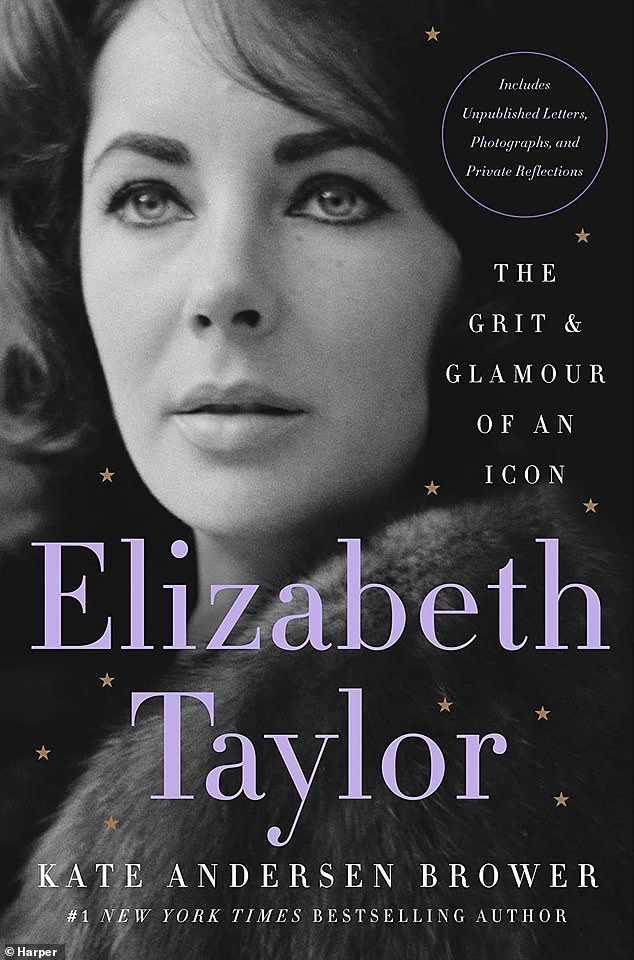 The Reagans turned their back on their friend, according to newly-released biography ‘Elizabeth Taylor: The Grit and Glamour of an Icon’ by Kate Andersen Brower

Coming from Hollywood, the Reagans had many friends who were gay, but it’s also been reported that Reagan believed that homosexuality was sinful.

When he discussed the AIDS epidemic with biographer Edmund Morris in 1987, he said that ‘maybe the Lord brought down this plague,’ because ‘illicit sex is against the Ten Commandments.’

Nancy Reagan, who died in 2016 at the age of 94, had substantial influence on her husband in several areas, and she also had gay friends. But she neither spoke out publicly about AIDS nor left a documented record of pressing her husband on the issue early on in the crisis.

In 2011, PBS aired a documentary that addressed Nancy Reagan’s role in the AIDS crisis. Among those interviewed was historian Allida Black, who said Reagan’s friendship with two AIDS victims — Rock Hudson and prominent attorney Roy Cohn — prompted her to encourage her husband to seek more funding for AIDS research.

Also appearing in the documentary was the Reagans’ son, Ron Reagan, who credited his mother with using Rock Hudson’s plight to put a face on the crisis and get the president to consider taking action.

Hudson’s final days are detailed in Brewer’s new book about Elizabeth Taylor, who the actor became close with while co-starring in the 1956 film ‘Giant.’ 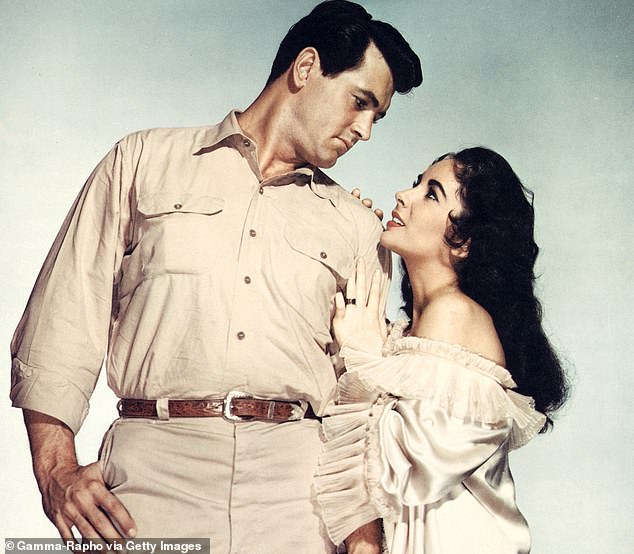 The book highlights Hudson’s friendship with Elizabeth Taylor, who had become close while co-starring in the 1956 film ‘Giant.’ They are pictured on the set of the movie in 1956 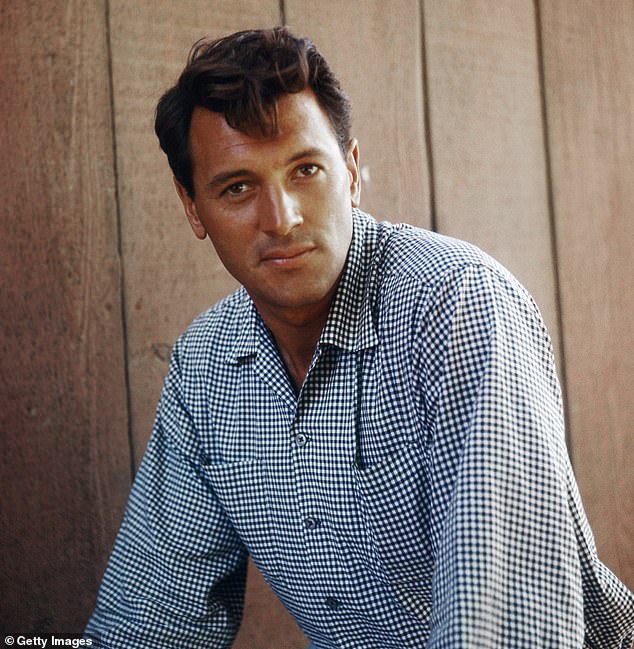 While many people kept their distance, Taylor reportedly jumped in his bed and held him close

Hudson returned to his Los Angeles home to spend his final months and was visited by Elizabeth Taylor who was not scared to get close to him.

While many people kept their distance, Taylor reportedly jumped in his bed and held him close.

‘Oh, for goodness sake!’ Elizabeth yelled,’ writes Brower, ‘and she jumped into bed with him and held him close, rocking his frail body gently … Elizabeth watched helplessly as he got worse and worse until he was reduced to skin and bones, and there was no medicine that could help him get any better.’

She was with him on the night before he died as she ‘sat on his bed and held him.’

Taylor became a passionate activist on behalf of AIDS patients. She co-founded the American Foundation for AIDS Research in 1985 and the Elizabeth Taylor AIDS Foundation. She donated millions of dollars, testified before Congress and let those who were sick into her home.

‘I became so incensed and personally frustrated at the rejection I was receiving by just trying to get people’s attention,’ Taylor said, according to the book.

Taylor died from congestive heart failure in 2011 at the age of 79.

‘I was made so aware of the silence, this huge, loud silence regarding AIDS … Certainly, no one wanted to give money or support and it so angered me that I finally thought to myself, ‘Bitch, do something yourself. Instead of sitting there getting angry. Do something.” 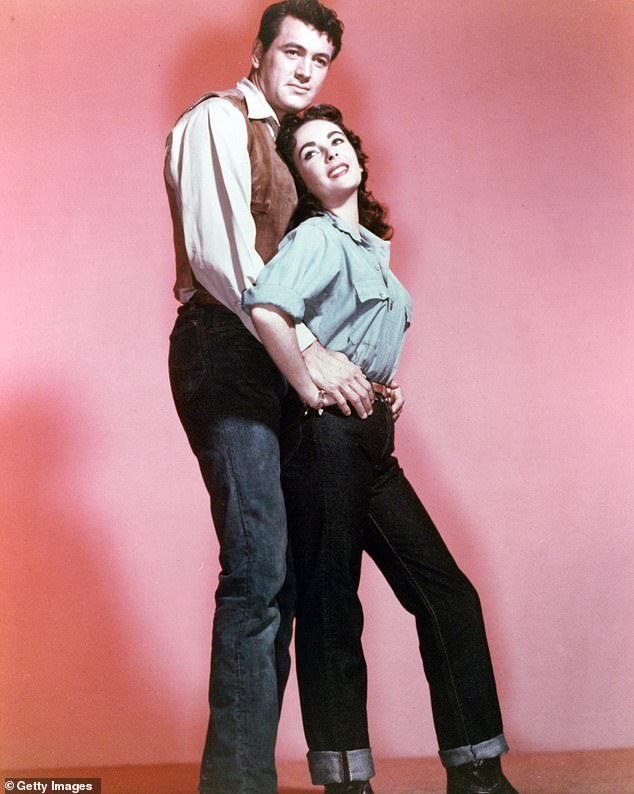 Hudson appeared in more than two dozen films under contract to Universal between 1948 and 1954, including Giant with Elizabeth Taylor in 1956

Hudson appeared in more than two dozen films under contract to Universal between 1948 and 1954.

Eager to learn, he blossomed under the direction of Douglas Sirk, whose romantic tearjerkers ‘Magnificent Obsession’ (1954) and ‘All That Heaven Allows’ (1955) turned Hudson into a heartthrob at 30.

With the hugely successful epic ‘Giant’ (1956), Hudson was an Oscar-nominated actor and soon Hollywood’s most popular star.