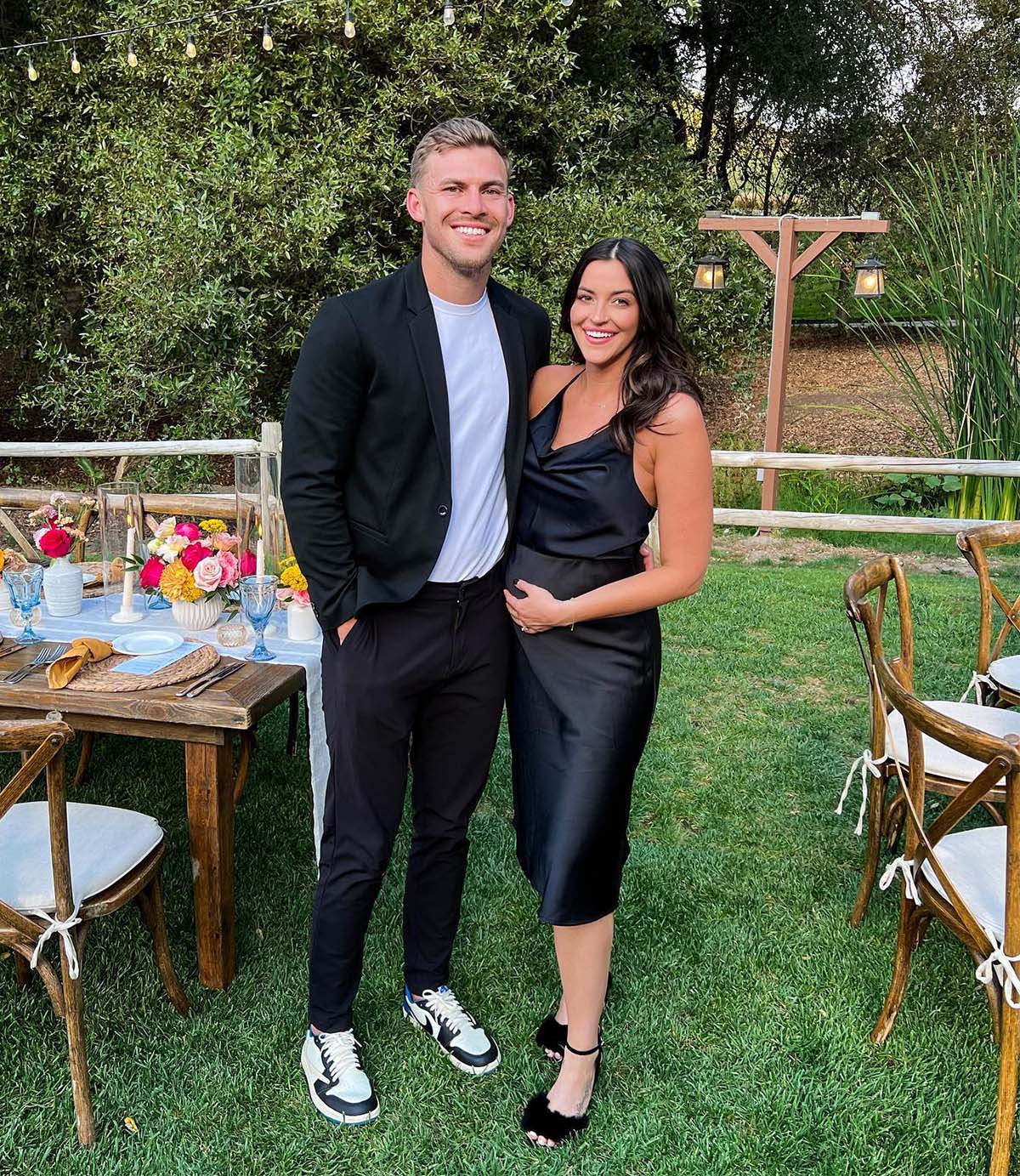 Bachelor Nation just got a little bigger! Tia Booth and her fiancé, Taylor Mock, have welcomed their first child together, a baby boy.

The former Bachelor In Paradise star, 31, gave birth on Tuesday, December 6, and announced the news of her little one’s arrival the following day. “Tatum Booth Mock 12/6/22 6:13 a.m.,” the reality star wrote via Instagram alongside a sweet sound clip of her seeing the infant for the first time. “Best day of our lives.”

Booth first announced her pregnancy on Father’s Day 2022 via Instagram in honor of her father who passed away.

She posted a black and white photo of her maternity shoot with the caption, “I’ve never felt such overwhelming sadness and pure joy at the same time. It’s been difficult to be grateful for the good as if one of the most important people in my life is missing the celebration.”

The sex of their first child was later revealed via Instagram that July. Booth and Mock set off confetti canisters to reveal the color blue.

Originally, Booth was stressed and overwhelmed after finding out she was pregnant with her first child. “I’m trying to plan the wedding of my dreams. At this point, I was still trying to get married within six months to do it this fall. So I just could not believe it,” she said on Bachelor Nation’s “Click Bait” podcast at the time. “We weren’t trying to get pregnant, but we also weren’t trying very hard not to get pregnant.”

Off the Market! Bachelor Nation Stars Who Got Engaged in 2022: Photos

The Arkansas native and her fiancé got engaged that April when Booth was on tour of the “Bachelor Live On Stage.” The Bachelor alum was shocked when Mock got on one knee and proposed as she asked, “Are you kidding me?”

The couple originally met before Booth left for Mexico to film season 7 of Bachelor In Paradise.

In another episode of the “Click Bait” podcast, she discussed how she didn’t really realize Mock until after she got back from Paradise. “He got the balls one day to try to hit on me and get me to hang out and I was like, ‘Sweetie, I’m going on Bachelor in Paradise. I’ll see you later,” she said. “Then after I got home, I was like ‘Damn, this freaking dude has been right here trying this whole time, which is all I asked for on the show.’ So, then I gave it a shot and we’ve been good.”

Mock, a construction and project manager, was born and raised in California, but now resides in Nashville where Booth lives.

The reality star, for her part, made her debut on Bachelor Nation during Arie Luyendyk Jr.’s season 22 of The Bachelor and later appeared on Bachelor In Paradise in 2018 and 2021.