Singapore: In the summer of 2018, Steve Simon made a deal. It was to be the biggest one of his career.

There was at least $42 million on the line for the amateur tennis player turned sports executive. The Women’s Tennis Association would have to play nine tournaments in China, equal to the number hosted by tennis powerhouse the United States.

“Obviously it’s the largest deal we have had in our 45-year history, to say the least,” said Simon. 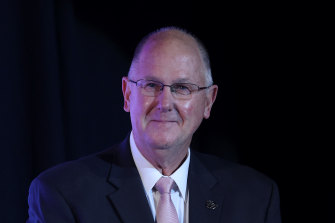 The prize money, along with growing commercial endorsements, would help tennis stars take out all top 10 spots in the list of the world’s highest-earning female athletes in 2019. Australian world no.1 Ash Barty won $6.4 million alone in China that year when she took out the WTA Finals in Shenzhen, the women’s games’ richest prize.

Simon, the WTA chief executive, knew the power of money in the sport.

He had long campaigned for the women’s game to have equal billing with men. But he did not know that this particular deal with China would put him on a collision course with the Chinese Communist Party and would turn what was once women’s tennis’ richest payday into its biggest test, transforming the burly and bespectacled 66-year-old tennis executive from southern California into a human rights defender.

In early November, Peng Shuai, a three-time Olympian and the former world double’s no.1 accused China’s former vice-premier Zhang Gaoli of sexual assault. The 35-year-old’s allegations posted on Chinese social media site Weibo was censored within minutes, but they had just enough time to escape China’s great firewall and spread to the outside world. 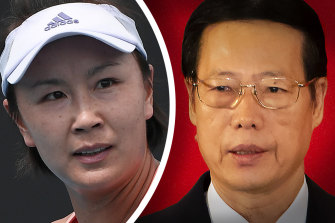 Simon tried for almost three weeks to contact her through phone calls, WeChat, WhatsApp and text messages but was met with silence. The International Olympic Committee, which is preparing to host the Winter Olympics in Beijing in February, called her twice via Chinese authorities. But Simon was not satisfied.

“None of this is acceptable nor can it become acceptable,” Simon said in a statement. “If powerful people can suppress the voices of women and sweep allegations of sexual assault under the rug, then the basis on which the WTA was founded – equality for women – would suffer an immense setback. I will not and cannot let that happen to the WTA and its players.”

Simon threatened to withdraw tournaments from China if he could not contact her independently and when that condition was not met, he followed through on the threat. The WTA on Thursday suspended operations in its most promising region, becoming the first major league to sanction China over a human rights dispute despite its heavy exposure to the market and relatively low budget compared to other major global sports like basketball and football. 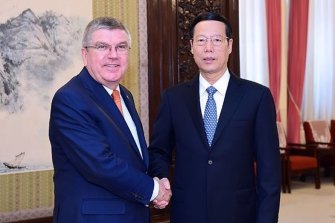 “This situation has been escalating,” said Pan Wang, a senior lecturer in Chinese studies at the University of NSW. “It’s no longer just a personal allegation against the sexual harassment. It has triggered widespread public speculation and moved from a domestic matter to international conflict.”

Few outside of the tennis world would have heard of Simon before he became the centre of what is now a geopolitical dispute that has drawn condemnation from the European Union, Australian MPs, the White House and US Republicans, and galvanised momentum behind a diplomatic boycott of the Beijing Winter Olympics.

But the former college tennis player, who declined to be interviewed for this article, has made his career pioneering the professional women’s game, establishing one of the world’s longest maternity covers and fighting against gender discrimination. He staunchly defended star Serena Williams when she came under racist and sexist attacks and Naomi Osaka when she needed time away from the media spotlight as she grappled with her own mental health. 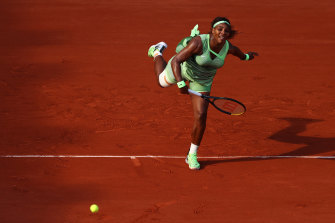 When his successor as chief executive of the Indian Wells tournament, Raymond Moore, said in 2016 that female players “ride on the coat-tails of men” and should be “on their knees” thanking male stars Roger Federer and Rafael Nadal, he unequivocally condemned him.

“It’s extremely disappointing and alarming,” said Simon. “He is wrong on so many levels.”

It was at that same tournament in 2015 that Simon convinced Williams to come back to the Californian showpiece event for the first time since she was racially abused there in 2001.

“I know how much he cares about the opinions of the players,” said Williams. “He’s a good listener, and he has our best interests in mind.”

The same attributes would be called on in Madrid in 2017 when Ilie Năstase, a former US and French Open champion abused British Fed Cup captain Anne Keothavong. The 70-year-old had repeatedly asked Keothavong for her room number during a match and made racial slurs against Williams’ unborn child. Năstase, the Romanian Fed Cup captain was then invited to participate in the tournaments award ceremony by the Madrid organisers.

“The only shadow cast on the day was Mr Nastase’s invitation to participate in today’s award ceremony. He had no place on court today,” Simon said, labelling the decision “irresponsible and unacceptable”.

Williams would become one of many female players to benefit from the world-leading maternity cover implemented by Simon in 2019. The changes meant that a players ranking could be frozen in place when they took time off to have a baby.

“I think it reflects a very progressive approach, to our maternity rules, process, and standards because there aren’t too many workplaces in the world where you can be protected for a three-year window after the birth of your child to come back to work and have a protected opportunity to come back at a level where you left,” said Simon.

By the start of 2019, before COVID-19 struck tennis down around the world, Simon, one of the few males leading the top independent women’s sports leagues, had put the women’s game in the best financial and competitive position it had ever been in. But little could prepare him for the ramifications of Peng’s 1500 character post on Weibo and the flow-on effects of the stand the WTA has taken to protect her.

Peng alleged that Zhang, a former member of China’s seven-man Politburo standing committee – the next highest level of government under Xi Jinping – had sexually assaulted her after a tennis match between the pair while his wife stood guard by the door. The post detailed how what at times was a consensual relationship had devolved into a cycle of abuse that left Peng inconsolable and alone.

To put her allegations into perspective, only 83 civil cases of sexual assault or harassment went through China’s courts between 2018 and 2020, when China incorporated a definition of sexual assault and harassment in its civil code. Of those, according to a Peking University database analysed by the Diplomat, only 7 per cent were brought by victims, while 93 per cent were brought by harassers alleging they had been wrongly accused by victims online.

“Sex education has only been implemented very recently in China,” said Wang.“So many people do not know what is sexual harassment, even they are harassed. So historically, it’s not been an issue until #MeToo made people aware it was an issue.” 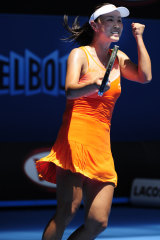 Simon has made his demands clear. He won’t return the WTA to China unless Chinese officials can verifiably prove that Peng is free and able to speak without intimidation and pledge to “investigate the allegation of sexual assault in a full, fair and transparent manner”.

“Unfortunately, the leadership in China has not addressed this very serious issue in any credible way,” he said in a statement.

Wang said it is unlikely that the CCP will be able to meet Simon’s demands, but the international pressure will help keep Peng safe because China can’t afford to risk any further international fallout.

“There isn’t really a detailed process in China that can guide this kind of investigation,” she said. “And on top of that, who is going to do this investigation? And based on what evidence? Given this happened years ago, and hardly any evidence can be collected, who would be willing to touch this power web and the potential risks involved?”

For now, despite Simon’s determination to follow through on his threats, the situation remains a stalemate. You would know next to nothing about Peng’s plight and the WTA’s historic stance if you lived in China.

China’s censors have been working overtime to ensure any reference to Peng or words like “tennis” have been wiped from Chinese social media. There has been no coverage of her disappearance, video calls with the IOC or the WTA decision to suspend tournaments.

Perhaps never has a global outcry collided so spectacularly with Chinas censorship regime. It now has to walk the delicate line of simultaneously pretending to its internal audience that nothing happened, while furiously condemning what it sees as a slur against China to the outside world.

Chinese tennis and players fans now face the prospect of all of their tournaments being cancelled, without being told why. At the same time, Chinese state media outlets have tweeted statements lambasting Simon, the WTA and western governments threatening a diplomatic boycott of the Olympics but only on a platform that is inaccessible in China.

At Beijing’s National Tennis Centre, which would have played host to the $11 million WTA tournament at the China Open in September, the courts stood empty on Friday. Between construction sites and sparse offices, there were only cleaners and security guards to be seen, most were unlikely to be aware of the story that has rocked world tennis.

It is likely to remain that way for the foreseeable future.