Whoopi Goldberg apologizes, says she believes 'Holocaust was about race' after reigniting controversy 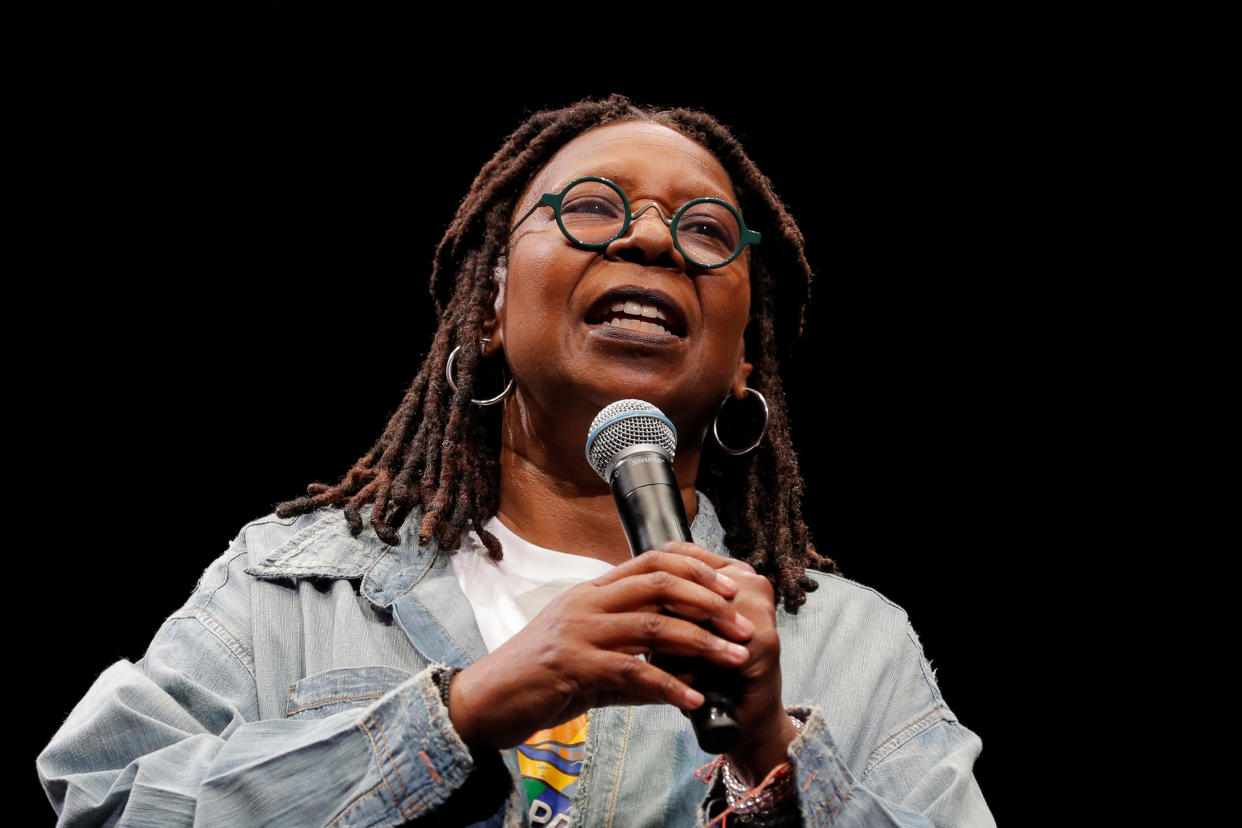 Whoopi Goldberg clarified her remarks about race and the Holocaust, issuing an apology on Tuesday for reigniting the controversy in a recent interview.

Goldberg was suspended fromThe View earlier this year when she declared the Holocaust was "not about race," but about "white supremacy" and "man's inhumanity to man." The Oscar winner captured headlines over the weekend as she seemingly tripled down on her stance speaking with The Sunday Times. However, Goldberg insists that's not what she meant.

"Recently while doing press in London, I was asked about my comments from earlier this year. I tried to convey to the reporter what I had said and why, and attempted to recount that time," she says in a statement to Yahoo Entertainment. "It was never my intention to appear as if I was doubling down on hurtful comments, especially after talking with and hearing people like rabbis and old and new friends weighing in. I'm still learning a lot and believe me, I heard everything everyone said to me."

Goldberg continues: "I believe that the Holocaust was about race, and I am still as sorry now as I was then that I upset, hurt and angered people. My sincere apologies again, especially to everyone who thought this was a fresh rehash of the subject. I promise it was not. In this time of rising antisemitism, I want to be very clear when I say that I always stood with the Jewish people and always will. My support for them has not wavered and never will."

The actress first drew criticism on a Jan. 31 episode of The View when she said the Holocaust was not about race. In an attempt to do damage control the following day on The Late Show With Stephen Colbert, Goldberg essentially doubled down on her stance. She was suspended from the ABC talk show for two weeks.

While promoting Till in London, Goldberg opened up about the scandal.

"My best friend said, 'Not for nothing is there no box on the census for the Jewish race. So that leads me to believe that we're probably not a race,'" she explained in the interview, which was published during Hanukkah.

When the interviewer noted how the Nazis made racial laws aimed specifically at Jews, Goldberg said the Holocaust "wasn't originally" about race.

Goldberg was confronted with the fact Nazis measured the heads and noses of Jewish people to "prove" they were a distinct race.

"They did that to Black people, too. But it doesn't change the fact that you could not tell a Jew on a street. You could find me. You couldn't find them. That was the point I was making. But you would have thought that I'd taken a big old stinky dump on the table, butt naked," she replied.

The interviewer for The Sunday Times wrote that Goldberg "even now does not understand why her remarks offended. She insists Jewish people themselves are divided about whether they are a race or a religion."

Jonathan Greenblatt, the CEO of the Anti-Defamation League who spoke with Goldberg amid backlash earlier this year, condemned her comments after the interview was published.

"Whoopi Goldberg's comments about the Holocaust and race are deeply offensive and incredibly disappointing, especially given that this is not the first time she had made remarks like this," he said in a statement. "In a moment when antisemitic incidents have surged across the U.S., she should realize that making such ignorant statements can have real consequences."

Greenblatt called on Goldberg to address her comments and issue a mea culpa: "Whoopi needs to apologize to the Jewish community immediately and actually commit to educating herself on the true nature of antisemitism and how it was the driving force behind the systemic slaughter of millions. She shouldn't do it for the ratings — she should do it simply because it's the right thing to do. Failure to address the issue would raise serious questions about her sincerity and solidarity with her Jewish viewers and all those who experience hate."