Follow
Home » World News » ​Why do I need to produce so many ID details just to get a phone?​ 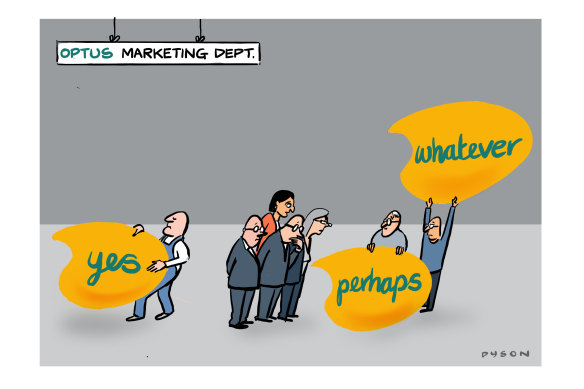 I appreciated Waleed Aly’s analysis of the monarchy and how it affected the Australian psyche
(“Elder statesmanship can work”, Comment, 23/9).

However, his idea that Australia’s head of state could be an Indigenous elder, possibly appointed for life, ignores the fact a vast portion of Australian society is inherently racist. So if you thought becoming a republic was going to be a monumental uphill battle, imagine the backlash when you suggest an Indigenous elder becomes the new head of state.

I am much more inclined to support Geoffrey Robertson’s recent argument (“Can we do without a head of state?”, Comment, 24/9) that we don’t actually need a head of state of any kind for governance. There couldn’t be any racist arguments or political concerns for an abolished unnecessary office.

Let’s take the opportunity to radically update our democratic system and be rid of kings, queens, governors and presidents and bring our system of government into the 21st century. Now is the time to erase our colonial institutions and do a reset.
Stephen Hancock, Murtoa

Dutton’s divisive voice
Federal Opposition Leader Peter Dutton is engaging in criticism of the Voice to Parliament (“Labor accused of making up Voice plan ‘on the run’”, The Age, 24/9) in an attempt to exacerbate fear and division on this issue to advance his own party’s standing with some voters.

The Voice to Parliament is an important issue (as even he admits) and an attempt to end past injustices against First Nations people.

As with all groupings, there are many different opinions among Indigenous people on this issue. There is a difference between “making it up on the run” and wide community consultation. On such an important matter, consensus must be reached. Dutton, seeking to divide people for short-term ends, is not being statesman-like.
Jan Marshall, Brighton

That the Victorian auditor-general has used this measure to suggest the Suburban Rail Loop and Melbourne Airport Rail Link don’t stack up (have a benefit-cost ratio less than 1) is both disappointing and misleading (“Suburban rail loop benefits could be overstated”, The Age, 22/9). It is totally appropriate for the government to bring into play additional economic factors to justify the projects.

Whether they are more economically justified than other transport projects is a whole different matter.
Jeff Moran, Bacchus Marsh

Misreading the room
At a time when there is an increasing focus on recognising Indigenous voices and honouring First Nations’ country, Premier Daniel Andrews appears to have misread the room with the proposal to rename the Maroondah Hospital.

The proposal is far from inclusive, and is at odds with the fact that across Australia locations of significance are being renamed so as to remove the reminders of colonisation and to acknowledge Indigenous heritage.

This proposal, while well intentioned, undermines inclusion and needs to be reconsidered.
Claire Merry, Wantirna

Not fit for purpose
Congratulations to Penny Wong (“Wong calls for shake-up of the power at the UN council”, The Age, 24/9). The structure of the United Nations Security Council is an anachronism.

Since the UN’s inception in 1945, the world has changed drastically. There are now 193 member countries at the UN and, as stated by Wong, “greater representation for Africa, Latin America and Asia” is essential. The veto power in the Security Council has long lost its legitimacy. In recent years it has not acquitted itself for the purpose it was meant to serve.
Judith Morrison, Nunawading

‘No’ to Optus
I recently had to buy a new phone and went to my old supplier, the local Optus shop. There ensued endless online form filling, copying and detailing of personal information and documents. For a phone.

Why, I tentatively asked the young ones who served me, do I need to produce all of this information – my driver’s licence, passport and so forth – for a phone?

There was no clear answer beyond: it is necessary to prove your identity. But why? I am buying a phone … a telecommunication device to connect me with my mates and family. Sure, it potentially has lots of other stuff on it, but what business is it of my telco?

Now my “personal data” has been breached by actors unknown and I now have to watch my identity potentially being used to either steal from me or defraud others. Or worse.

Why? Because all of that unnecessary information is now in the hands of criminals. But why did I need to give it in the first place? This is a question I am yet to get an answer to.
Louise Johnson, Newport

A cringeworthy choice
Why was Robbie Williams the headline act for the grand final? Talk about cultural cringe. This country has so many outstanding performers, yet to celebrate the showcase event of our home-grown game the AFL chose an overseas performer. The game sells itself and does not need a British singer to promote it.

I’m a big Williams fan but the grand final deserves a contemporary Australian artist to belt out a few tunes. Wrong call, Gillon McLachlan, and more than a bit embarrassing for a country that remains inherently insecure about its identity.
Mark Slater, Melba, ACT

Acting editor Michael Bachelard sends an exclusive newsletter to subscribers each week. Sign up to receive his Note from the Editor.