TV presenter Alex Scott has revealed how racist and sexist abuse from online trolls left her scared for her life as she turned to drink.

The former Lioness, 37, who fronted the coverage of the Women’s Euros this summer with Gabby Logan and Ian Wright, revealed she has the tendency to slip into ‘dark places’ sometimes.

She said she received a barrage of abusive messages after she was inaccurately named the new host of BBC sports quiz show, A Question of Sport. 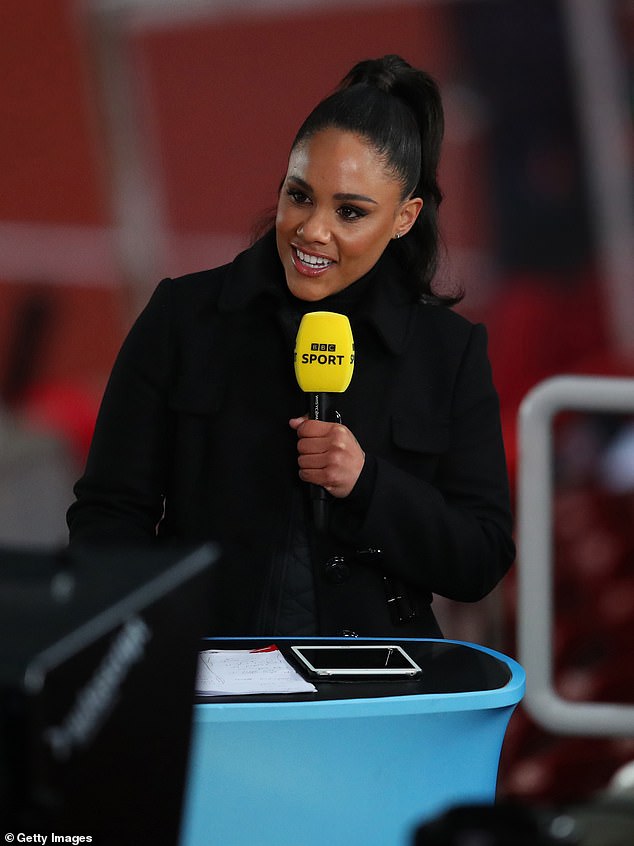 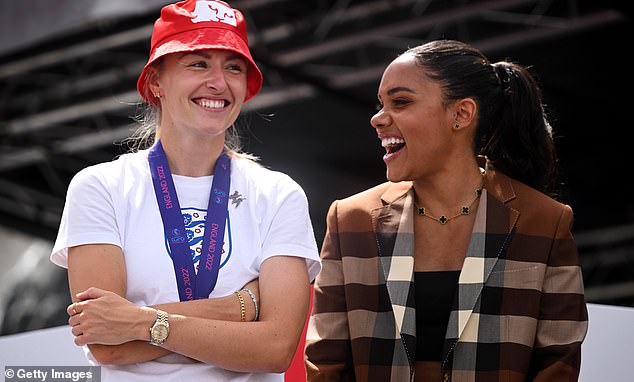 Alex, 37, used to play for the England Lionesses and is still good friends with many of the squad including captain Leah Williamson (pictured with Leah at the England Women’s Team Celebration in Trafalgar Square following the Lionesses’ victory over Germany in the Women’s Euros final)

Although comedian Paddy McGuinness was actually lined up to take over from Sue Barker, people took to social media to express their discontent when they thought Alex was the new host – and according to the presenter, the messages quickly became nasty.

Speaking to The Times, she said the vitriol was so bad she was worried for her own safety, as death threats flooded her inbox.

She said: ‘I was scared to leave my house to even go to the shop. That’s the stage that we’d got to – that, oh my gosh, someone black might be replacing a national treasure could cause such hatred.’

Alex added she briefly turned to alcohol to try and drown out the level of abuse she was receiving.

The former Lioness, who is still good friends with current England players including captain Leah Williamson, revealed she has also been targeted for her background, as a working-class girl who grew up in a tower block in Poplar, east London. 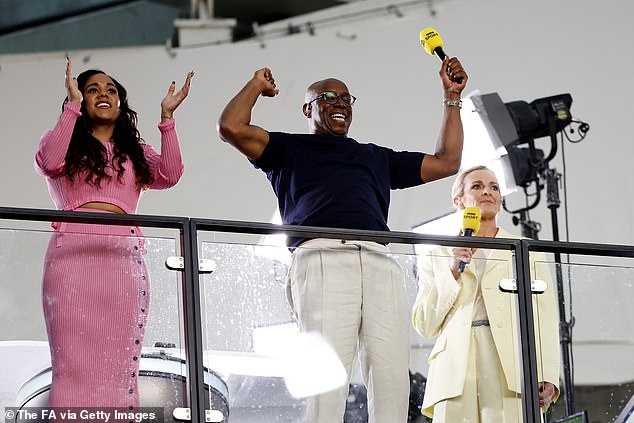 Following the Lionesses’ sensational victory over Germany in the final, Alex was pictured joining her former teammates on the town to celebrate their victory

While presenting the BBC coverage of the Tokyo Olympics in the summer of 2021, Alex became the subject of yet more online trolling, brought on when Lord Digby Jones took to Twitter to criticise the way she speaks.

He slated the presenter for a ‘very noticeable inability to pronounce her ‘g’s at the end of a word – before going on to mock Alex’s pronunciation of words like ‘fencing’ and ‘swimming’.

Although she said she had steeled herself for some public backlash when she took the presenting job for the Olympics, Alex said that tweet was the final straw.

‘To open Twitter and see that from him, I was just like, “I’m not going to be silent any more. I’ve had enough.” So I just tweeted and went to bed,’ she recalled.

Taking to Twitter to defend herself, Alex responded saying she was proud of her background and her accent, and of her tenacity to overcome obstacles in her life.

The next morning, Alex said her inbox was flooded with messages, both from people supporting her and those piling on with the abuse.

However most striking was the people who shared their own experiences of discrimination ‘beause they’re from working-class families’ – for example, being turned down for mortgages.

She said at its most ridiculous, criticism has been levelled at her for her love of custard creams, which trolls have said is a ‘poor man’s working biscuit’.

After the Question of Sport abuse took a toll on her mental health, Alex revealed she sought therapy. 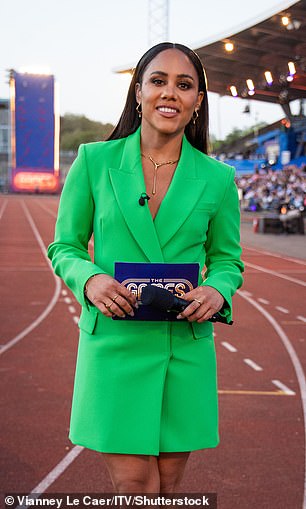 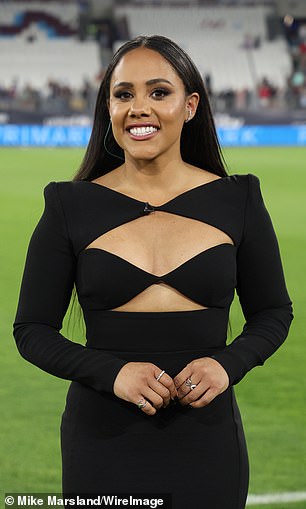 After landing herself several presenting gigs since 2018, Alex said the trolling she has received has increased, and eventually contributed to her seeking therapy

However, she said the incident was a catalyst, rather than the cause of her decision to have counselling, after living through childhood and ‘keeping everything in’ for much of her life.

Ahead of the release of her new memoir, How (Not) to Be Strong, Scott also revealed she was nearly kidnapped by her taxi driver when she was presenting coverage of the 2018 World Cup in Moscow, Russia.

Despite being incredibly shaken by the incident, she barely told anyone about what had happened, for fear of being seen as a weak woman.

Touching on her personal life, Alex admitted she has never been able to ask for help when it comes to romantic relationships.

She revealed she has been single for a long time, but that she felt she needed to be on her own.

‘There were patterns in my relationships that I knew were not healthy,’ she said, adding that a period of singledom has allowed her to understand herself better and let down her walls.