For more than a decade now, Mish Barber-Way, frontwoman of Vancouver’s incendiary White Lung, has been one of punk rock’s most arresting voices: raw, idiosyncratic, explicitly feminine, and all set to a catchy sonic squall, no less. If you don’t think Face Down (from 2014’s Deep Fantasy) or Below (from 2016’s Paradise) are among the greatest songs of this millennium, I can’t be with you. 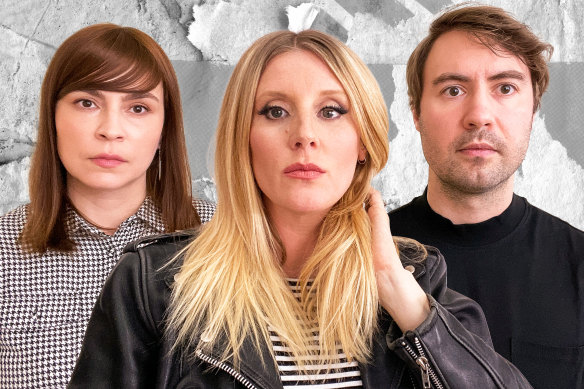 In September, the trio – including Kenneth William (guitars) and Anne-Marie Vassiliou (drums) – announced Premonition, their fifth full-length, would be their last. Since their last album, 2016’s Paradise, Barber-Way’s had two kids: her first, a boy, in 2017, as the band were entering the studio to begin what would’ve been Premonition, and her second, a girl, after the pandemic put the band’s music plans to bed. And so, an ending’s understandable: who can rock so fiercely amid the daily demands of parenthood? Well, Barber-Way, obviously.

Not to be reductive, but this is mum-punk, driven by White Lung’s signature ferocity and emotional intensity. Barber-Way’s incisive writerly gaze tackles motherhood in all its complexity: she looks at normcore domesticity with both yearning (Mountain Top) and disgust (Hysteric); there’s an ambivalence towards her sudden identity shift (Under Glass) and yet that motherly devotion to do anything for her child (Tomorrow). Barber-Way is punk as f— though, so there’s also a heavy song about postpartum depression (If You’re Gone), but whose “hold on” refrain lends a life-affirming push.

Although ever-rooted in Barber-Way’s Courtney Love-esque drawl and the band’s sharp melodic hooks, the band have extended beyond their grimy DIY roots through each subsequent album, the sound always a bit cleaner and Barber-Way’s tightly coiled poetry expanding from vicious protests to moody imagery. It’s all showcased on the album’s great lead single, Date Night. “I’m on a date with God and he’s drunk,” she sets the scene. 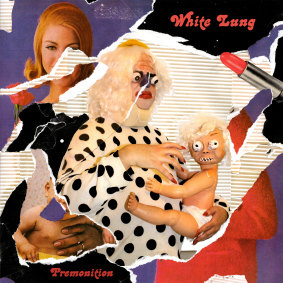 The final album from the Canadian punks is maternal instinct at its fiercest.Credit:Domino

It’s the apocalyptic Old Testament God, of course. The pair drive around a burning Los Angeles, as Barber-Way sets fire to her old wanton life. “It’s okay here, if you’re an actor,” she spits, both funny and a nod towards some post-art stability. It lends the album a romantic streak, the idea of leaving it all behind for love and family, added extra resonance by the band’s finality, that she’s done just that. It’s enough to make your eyes well up.

Bird, another blistering anthem around the expectancy of birth, is beautiful. “Come out and show me your jealous temper/ Just like your father, you’ll calm right down,” Barber-Way sings, a sensitive song from mother to child but also, perhaps, a paean to her younger self. “I won’t unlove you, I’ll stay the same/ You are the wild one, you won’t be blamed,” she adds. (Knowing Barber-Way’s feminist focus and that the song was written to her yet unborn son, there’s perhaps even a biting double note in that “you won’t be blamed”.)

And One Day, which opens with the line, “I have not slept in two months and a day, and I have not lost myself along the way”, is a celebratory song for any new parent, surely?

Like all White Lung albums, it’s a tightly-focused thing, 20-odd minutes of blistering hooks and frenetic urgency. But, for a band that soared on righteous fury, it’s hopeful and it’s warm – well, except when it’s not. Either way, set this one to ear-bleeding country and ride off into the sunset with, as the album’s press notes accurately state, “one of the best bands to ever do it”.