Follow
Home » Lifestyle » Is this dark thriller’s climax too harrowing?

Mathieu Roussel’s only crime is naivete. As the recently appointed director of the Alliance Francaise in the Siberian city of Irkoutsk, he rashly programs a homo-erotic dance performance as an example of contemporary French culture. 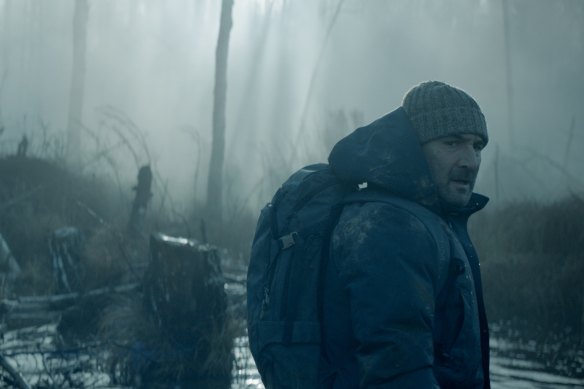 Predictably enough, the local powerbrokers see it as yet more proof of his country’s irredeemable depravity. Then bad luck enters the picture with the collapse of a Franco-Russian military deal and the FSB, the successor to Russia’s KGB, responds by anointing him a scapegoat. He’s hit with a trumped-up charge of child molestation and frogmarched off to a Siberian prison where his new cellmates welcome him by beating him half to death.

French director Jerome Salle’s Kompromat is loosely based on a real-life ordeal undergone by a Frenchman living in Russia but Salle says that he’s heard many such stories. He’s also drawn on his own feelings of unease during business trips he’s made to the country. Consequently, the film was shot in Lithuania – although he and screenwriter Caryl Ferey are careful not to label all Russians as contemptuous hard-heads who regard Westerners as weaklings ripe for the picking off.

Mathieu (Gilles Lellouche) finds his first and staunchest ally in Svetlana (Joanna Kulig), a Russian co-worker with a rebellious disposition and the courage to back it up to the point where she’s willing to risk her own life to help him. Married to a former soldier crippled by injuries sustained in the war against Chechnya, she’s in a particularly precarious position since her father-in-law is the local FSB chief. 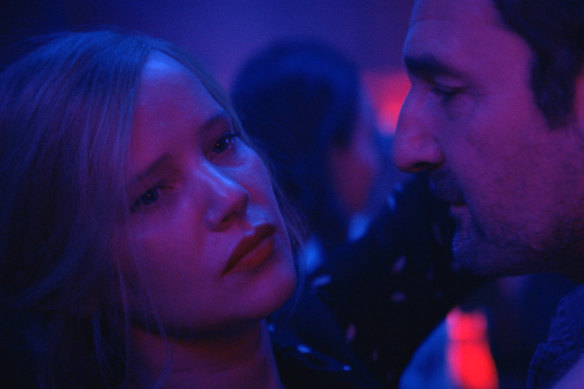 Joanna Kulig as Svetlana and Gilles Lellouche as Mathieu Roussel in Kompromat.Credit:Palace Films

Mathieu’s lawyer, Borodin (Aleksey Gorbunov), too, retains some sympathy for him, although it’s well hidden below the layers of black comic cynicism which have accumulated during his long years of working within the Russian legal system. He’s also very candid. After getting his client released from prison to await trial under house arrest with an electronic bracelet strapped to his ankle, he gives him the bad news. He has no hope of an acquittal. To avoid 15 years of forced labour, he must go on the run.

The rest is a survival tale, told at breakneck speed with a twist at every turn. The suspense is relentless, relieved only by a few brief flashbacks sketching the outlines of Mathieu’s rocky marriage and the depths of his devotion to his young daughter, Rose (Olivia Malahieude).

It’s also realistic. Lellouche looks authentically lonely and terrified for most of the time, having failed to acquire any of the super-human qualities which are often bestowed on American anti-heroes suddenly thrust into harm’s way. He displays a canny ability to navigate PayPal and the Russian equivalent of Airbnb but that’s about it. And to compound his woes, Salle has raised the stakes by conforming to the unwritten rule that no thriller can achieve greatness without a great villain. To that end, he’s come up with Sagarine (Igor Jijikine), a vengeful Moscow FSB agent who looks as if he’s been carved out of a single block of granite.

Mathieu’s is a nocturnal odyssey, made all the more sinister by the winding highways, neon-lit convenience stores and menacing checkpoints which punctuate his progress. 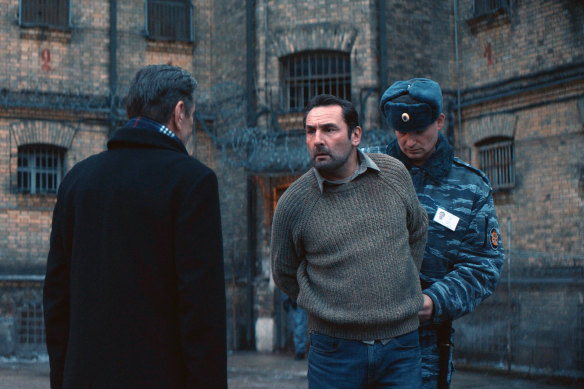 Gilles Lellouche in a scene from Kompromat.Credit:Palace Films

Coincidence plays a prominent role as he has to depend on the kindness of a stranger to get him out of one of his hairiest fixes and your credibility is tested when it comes to his repeated use of burner phones. Admittedly, he’s crafty, throwing his pursuers off the scent at one point by using one of these phones as a decoy. At other times, you can only conclude that there’s something very wrong with Russia’s electronic surveillance system.

Nonetheless, the climax, which takes place in a Siberian forest, is so harrowing that you have to remind yourself to breathe. An accomplished action director, Salle has a finely tuned feel for pace and timing and the current political scene adds an extra frisson. It’s a wild ride.

Kompromat is in cinemas on December 1