Hollywood royalty met actual royalty in London last night when the human rights attorney joined Prince Charles to present an award on behalf of his charity, The Prince’s Trust — and of course, she looked absolutely stunning while doing so.

Wearing a strapless white gown with a red floral print, Clooney brightened up a rainy red carpet for the 18th annual awards ceremony, which celebrates the achievements of young people who have made a positive impact on the world.

She added white pumps and a coordinating clutch along with a short white manicure, wearing dangling silver earrings and a loose, wavy hairstyle. 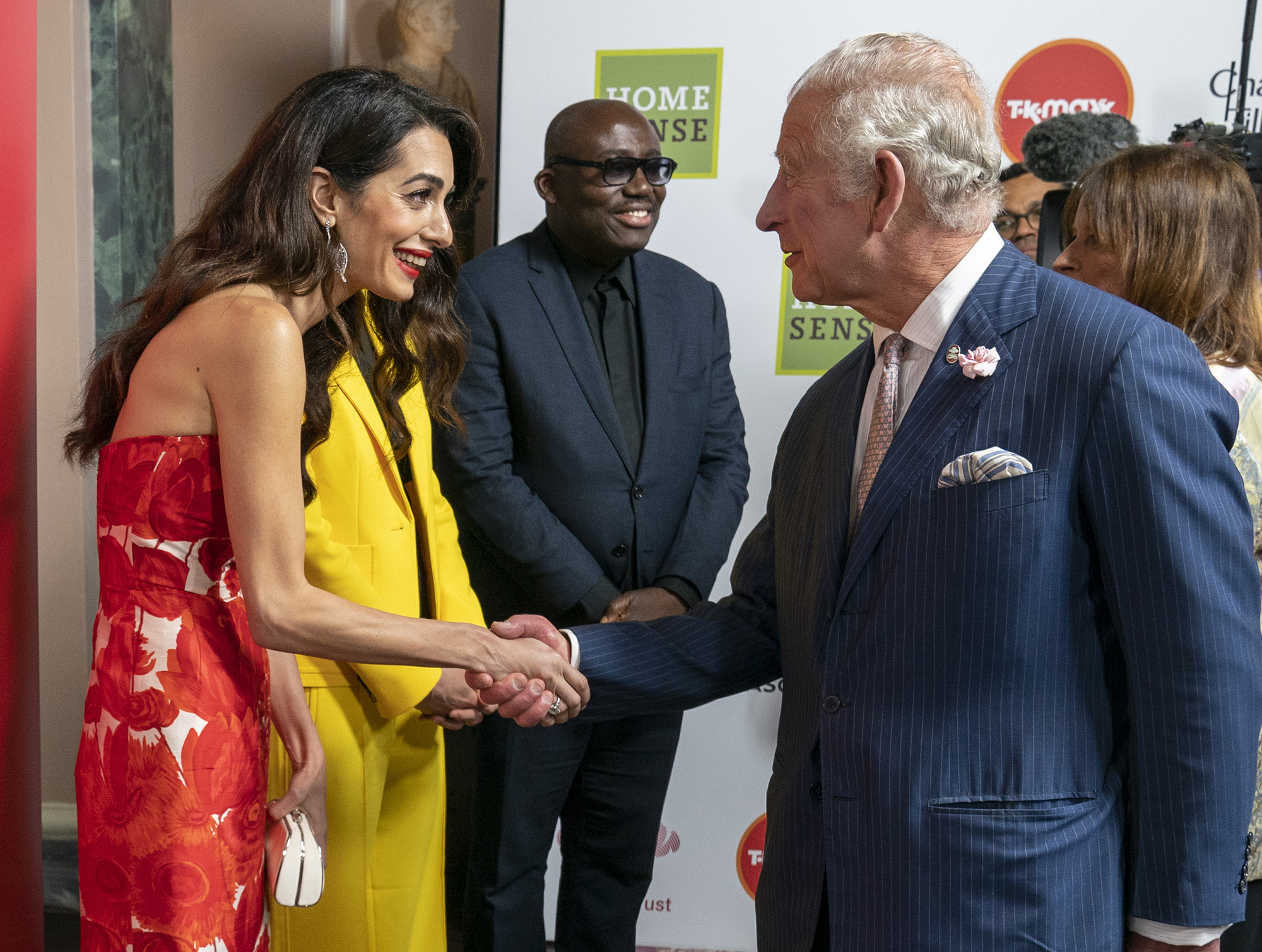 Husband George Clooney was busy directing his new film, “The Boys in the Boat,” but the superstar lawyer coordinated with her mother for the big night — with Baria Alamuddin looking festive in an all-white look including a feather-trimmed blouse and crisp trousers.

The 44-year-old — who recently headed to New York to speak in front of the United Nations about war crimes in Ukraine — wasn’t just there to walk the red carpet. 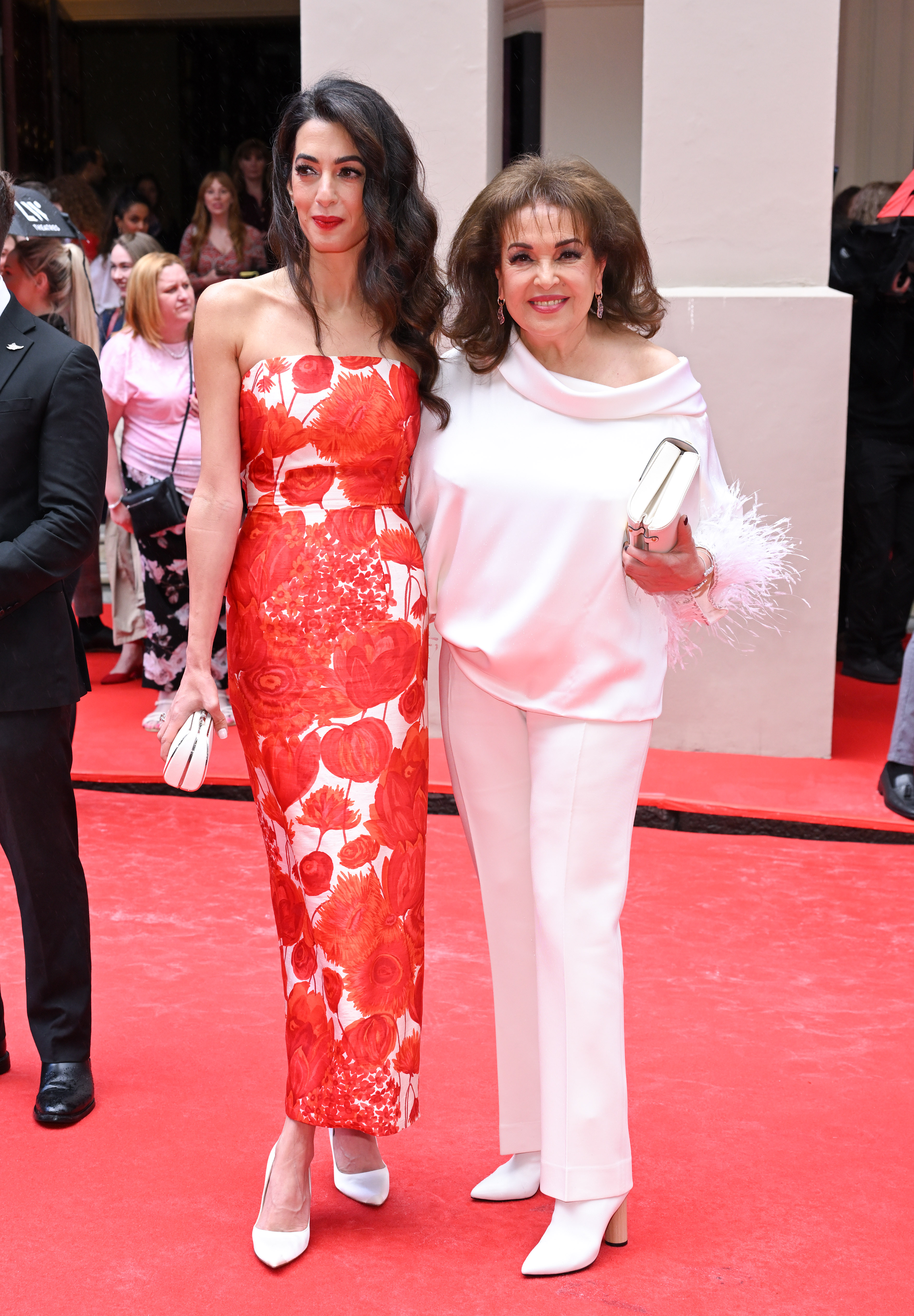 She has her very own Prince’s Trust honor to hand out each year and took to the stage with Prince Charles to present the Amal Clooney Women’s Empowerment Award to Pakistani woman Tanzila Khan.

The author and activist founded Girlythings.pk, which delivers menstrual hygiene kits to women in need, and Khan is also an advocate for disability rights in her country.

Clooney’s award was announced in 2019, and at the time, she released a statement saying she was “honored to have been invited by Prince’s Trust International to participate in this global initiative celebrating young women who are change-makers in their communities.” 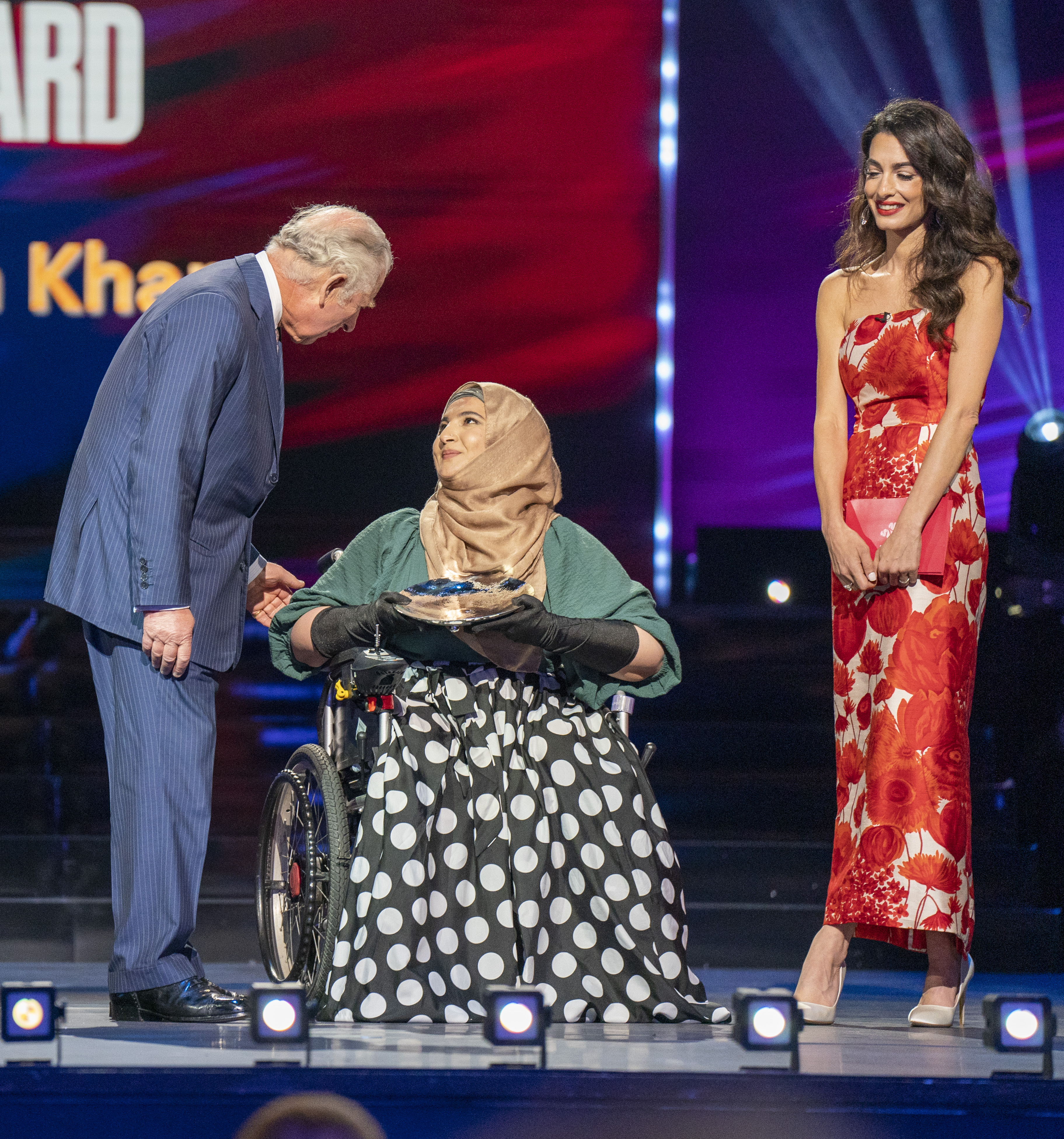 The winner is chosen personally by the lawyer each year, and she called it “a privilege to be able to play a part in a project that will draw attention to incredible young women who are the future leaders of our world.”

This isn’t the first time Clooney has rubbed elbows with royalty; along with her participation in Prince Charles’s charity, she joined her husband George to attend the royal wedding of Prince Harry and Meghan Markle in 2018. 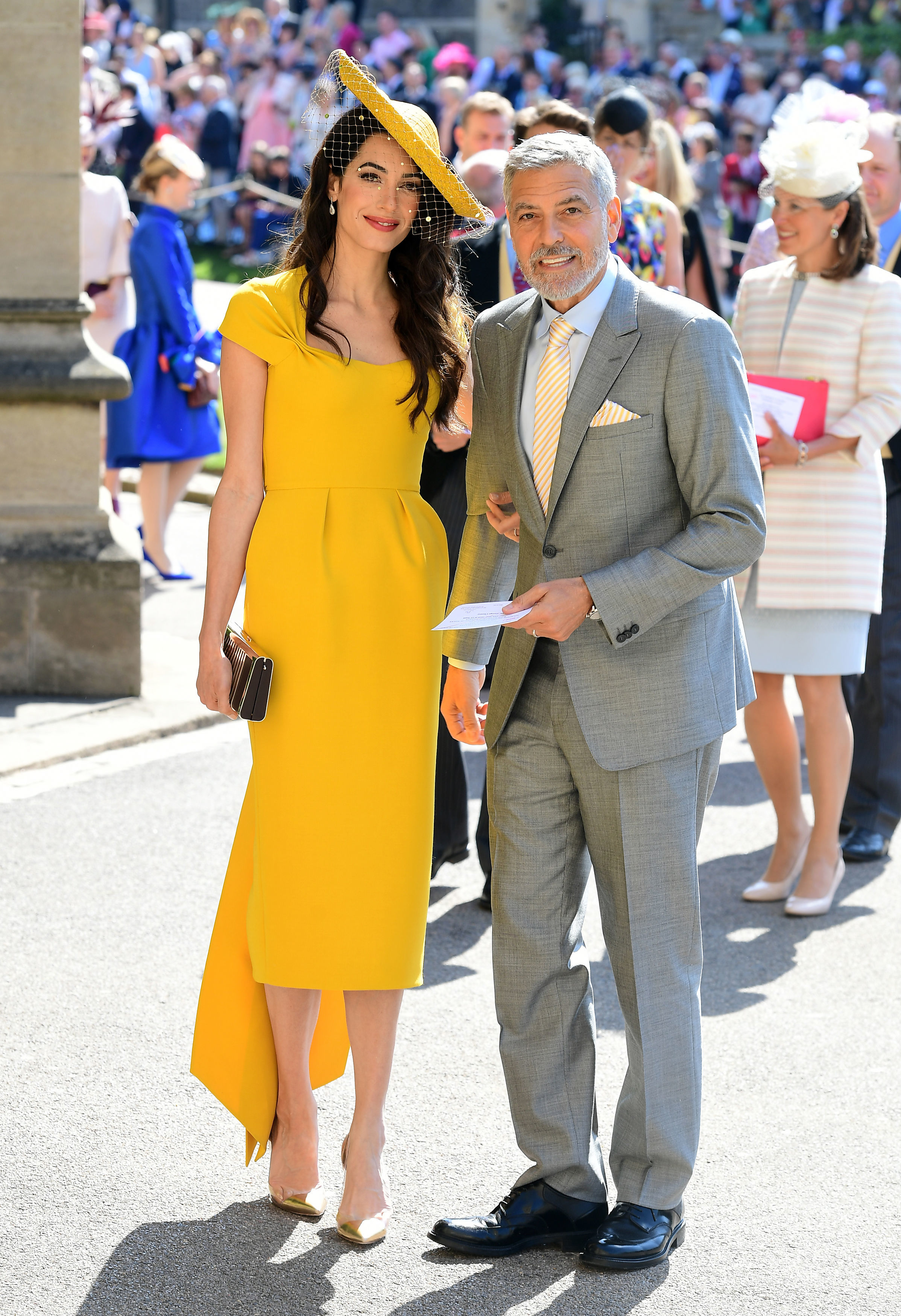 Public appearances are rare for the brunette, but last month we were treated to several standout looks while she was in New York. Whether it was sparkling in a silver top and jeans or wearing a sexy, sheer red dress, the mom of two wowed in a range of business and pleasure outfits.