Follow
Home » Lifestyle » ANDREW PIERCE: Will Chancellor be on the Hunt for a new job?

Chancellor Jeremy Hunt was all smiles as he took time off from raising the country’s taxes to press the flesh in support of a council by-election candidate in his constituency backyard last week.

But only days after a beaming Hunt had knocked on doors for Ian Mitchell, the latter was suspended by South West Surrey Conservative Association after an offensive Facebook post featuring a photograph of a golliwog doll came to light.

It also emerged that the school coach driver once branded Hunt a ‘fence-sitter’ on the EU and had dubbed Prime Minister Rishi Sunak a ‘tax-dodging billionaire’.

In the wake of the ensuing political fallout, the Lib Dems on Thursday captured the Chiddingfold and Dunsford ward on Waverley Borough Council — where the Tories once boasted 83 per cent of the vote — with an impressive 27 per cent swing.

And there could be more trouble in store for Hunt, as his constituency is being split into two following boundary changes next summer, making it highly likely he could be the first serving Chancellor to lose his Commons seat in the past 70 years. 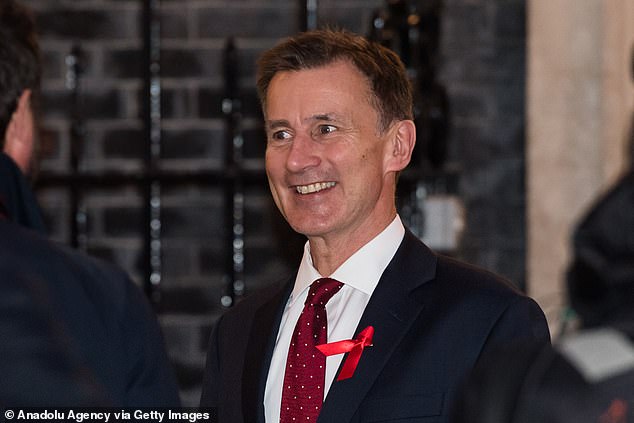 ANDREW PIERCE: It is highly likely Jeremy Hunt could be the first serving Chancellor to lose his Commons seat in the past 70 years

There may be more train strikes on the way but Defra civil servants probably won’t be too put out.

The department charged with enforcing Net Zero ran up an astonishing £59,642 bill on taxis last year, according to the Guido Fawkes website. That’s more than £1,000 a week. Haven’t they heard of buses or bikes?

When Liz Truss sacked Veterans’ Minister Johnny Mercer during her blink-and-you’ve-missed-it term as PM there was an explosive response from his wife.

At the time, Felicity Cornelius-Mercer called Truss an ‘imbecile’ and on GB News last week said: ‘I wasn’t wrong, was I?’ One of Rishi Sunak’s first acts as Prime Minister was to give Mercer his old job back. 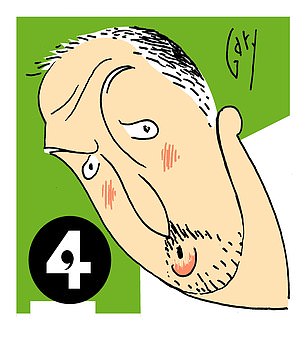 Beefy’s chance to battle for Brexit

In a rare deviation from its Leftie bias, the Beeb has invited cricket legend Lord (Ian) Botham, awarded a peerage by Boris Johnson for his vocal backing of Brexit, to guest-edit Radio 4’s Today programme.

BBC bosses expect him to talk about his charity work.

I hope ‘Beefy’ hits for six any attempt to steer his edition away from the benefits of Brexit.

At the Political Cartoon of the Year Awards in Westminster, Labour’s deputy leader Angela Rayner confessed to watching former Health Secretary Matt Hancock on I’m A Celebrity . . . Rayner said that his ‘zinger of a midlife crisis was the closest I’ve ever come to voting Tory’.

Meanwhile, Deputy Speaker Nigel Evans couldn’t resist a swipe at Hancock, who made it into the final three on the show, when he returned to the Commons chamber on Friday to promote his Bill on tackling dyslexia.

Evans said: ‘It is the third Bill of the day. I know, Mr Hancock, you appear to be making a habit of coming third these days.’

Having been toppled as SNP leader at Westminster, MP Ian Blackford, a former investment banker who likes to call himself a ‘simple crofter’, can go back to his smallholding — and his investments.

When Commsworld Holdings, where he was non-executive chairman, was sold in 2019, he made around £1.8 million from his 4 per cent shareholding.

That’s a lot of neeps and tatties.

One of Labour’s bestselling pieces of merchandise is a red mug bearing the slogan: ‘Never kissed a Tory.’

But it would appear that at least two party leaders aren’t qualified to have one in their kitchen cupboard.

Following Sir Keir Starmer’s admission last month that he might well have snogged a Conservative at some point, former prime minister Tony Blair has gone one better.

‘In the times when I was kissing a large number of people I never asked what their politics were,’ he said on a podcast.

‘But on the balance of probabilities I kissed Tories.’