The Elizabeth and James fashion designer, 35, stepped out with the artist, 32, on Thursday, September 23, to support his family’s foundation at the YES 20th Anniversary Celebration. 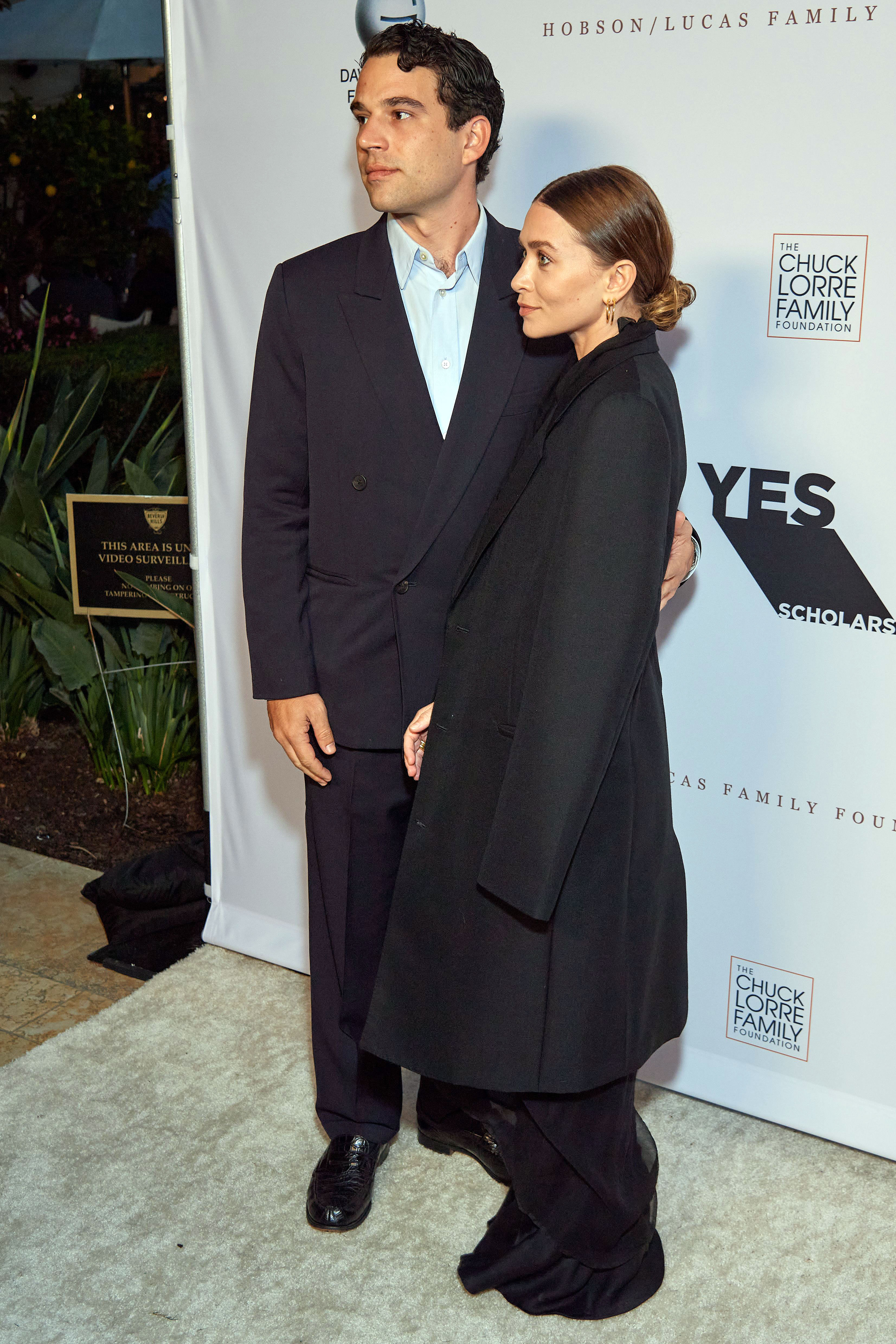 The Holiday in the Sun actress donned an all-black ensemble, including an oversized coat, and tied her hair back in a sleek bun, while her beau wore a fitted suit for the occasion.

The Full House alum and the California native have kept their romance private over the years after they were first linked in October 2017. One year later, the pair were spotted walking hand-in-hand in Los Angeles via photos published by E! News at the time.

The couple sparked engagement speculation in July 2019 after The Row founder was spotted allegedly wearing a ring on her left hand.

Earlier this year, the couple were spotted on a double date with friends in New York City. The group followed COVID-19 protocols and wore face masks during the evening gathering in March. The former child star wore a tan trench coat and a black scarf, while holding hands with the Still House Group artist.

Months later, Louis snapped a rare photo of his girlfriend via Instagram Story in July when the pair went for a nature hike.

He shared a now-viral pic of the fashion designer carrying a drink in one hand, and a machete in the other, as they walked along the trail. In the snap, Olsen sported a white sweatshirt over a black shirt, white linen pants, a backward-facing black baseball cap, a pair of oversized sunglasses and black YEEZY sneakers.

At the time, Louis didn’t caption the post of his love but added another shot of himself standing on a log over a pond.

Mary-Kate and Ashley Olsen Through the Years

The New York Minute star has seldom addressed the pair’s relationship publicly, save for the few outings together. Her twin sister, Mary-Kate Olsen, previously told i-D magazine in June that the siblings were “raised to be discreet people” after she was asked about their personal lives.

Before her relationship with the abstract artist, Ashley was previously linked to financier Richard Sachs for several months in 2016. The former couple took their short-lived romance public during a double date with Mary-Kate, 35, and her then-husband, Olivier Sarkozy, at a New York Knicks game that November. Mary-Kate later split from Sarkozy, 52, in April 2020 after they got married in November 2021. Their divorce was finalized in January.

And, ashley, Boyfriend, Lou, Olsen
You may also like: