The head of the nation’s overseas spy agency has suggested an increasing number of disaffected Chinese officials are feeding information to Australian intelligence officers and raised the alarm about the “pressures” on Solomon Islands.

Paul Symon, the director-general of the Australian Secret Intelligence Service, said the security pact between China and Solomon Islands was a “big deal” for Australia, Solomon Islands and its citizens. 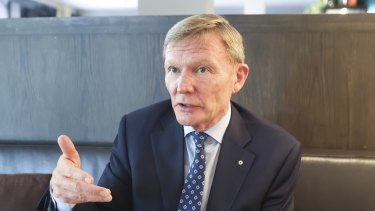 In a speech to the Lowy Institute to mark the agency’s 70th anniversary, the ASIS boss also revealed it inserted a “small team” into Afghanistan to help evacuate Australian nationals and other visa holders from Kabul in August last year.

Australia is deeply concerned over the deal between Solomon Islands and China, fearing it could result in Chinese naval vessels and troops based less than 2000 kilometres off the Australian east coast and cut off vital supply lines to the United States and Asia, in the event of a conflict.

“There are a lot of concerns in Solomon Islands about the path, the trajectory, they’re taking,” Symon said in a question and answer segment after his speech on Tuesday.

“There are pressures, there are offers, that are causing very real concerns.”

Symon said democratic leaders in the region were being “manipulated” and “subverted” by countries that “shower them with largesse”.

In a pointed reference to China in his speech, Symon said closed societies “engineer their own trust deficit, treating others as transactional rather than as genuine partners” and that “wolf warriors misjudge the intelligence of citizens around the globe”.

Symon also appeared to single out Chinese President Xi Jinping by saying that leaders who abolish fixed term limits “become responsible and accountable for everything – including the disillusionment that emerges from within. This provides us an edge.”

He said ASIS benefited from the “espionage opportunities that emerge from the suppressed dissent within authoritarian states”.

“Increasingly officials (and) individuals unhappy with the trajectory of closed societies are willing to speak up and take risks,” he said.

“In China we have an ancient culture but there’s enforced monoculture… What we are seeing are more and more signs of officials and individuals interested in a relationship [with ASIS].”

Australia was heavily criticised for closing its embassy in Kabul months before the Taliban takeover last year.

But Symon revealed ASIS deployed a small team on the ground to aid in the evacuation effort, which was helped by its American and British counterparts, the CIA and MI6.

“The events in Afghanistan reflect some future challenges for ASIS, being that the world is shifting beneath our feet, sometimes faster than we can dance,” he said.

“To continue our success into the future, ASIS must be able to predict changes and address them before they become a problem. We must stay one step ahead.”