Follow
Home » Lifestyle » BLACKSTARKIDS Reveal The Inspiration Behind New ‘JUNO’ Video: This Is Us ‘At The Maximum Level’

Your new favorite genre-defying band, BLACKSTARKIDS, have dropped the first song from their forthcoming debut album, and they share how ‘JUNO’ was inspired by creative ‘expression’ and Greta Gerwig.

From the opening seconds of “JUNO,” it’s clear that BLACKSTARKIDS radiate a coolness that most bands would kill for. In the new video, the Kansas City trio — – Ty, Deiondre, and The Babe Gabe – just hang out and, really, that’s all they need to do for the visual for a song about all the conflicts that come with growing up. “And I know, it’s only gonna pile from here / The thought gets me scared (so scared) / I wanna grow up /  But I’m scared that I’ll never heal,” sings The Babe Gabe on her verse.

Though one might be tempted to use “nostalgia” as a descriptive, BLACKSTARKIDS are not a retro act. Taking their influences from 90s alternative rock, early 2000s pop, and modern hip-hop, the band creates a sound that could fit in any decade. For those first hearing the band, “JUNO” stands as the perfect first impression, creating a sun-kissed summer bop that hits hard from the opening lines (“Sometimes I feel fine / Sometimes I feel doomed / I really wanna see your face / But I stay in my room”) to the infectious chorus. “Who needs another thing to be sad about? / Thing to be mad about? / Thing that’ll stress you out? / That’s why I wanna know if I can take you out  / Maybe we can dance around! / We can let the pressure out!” 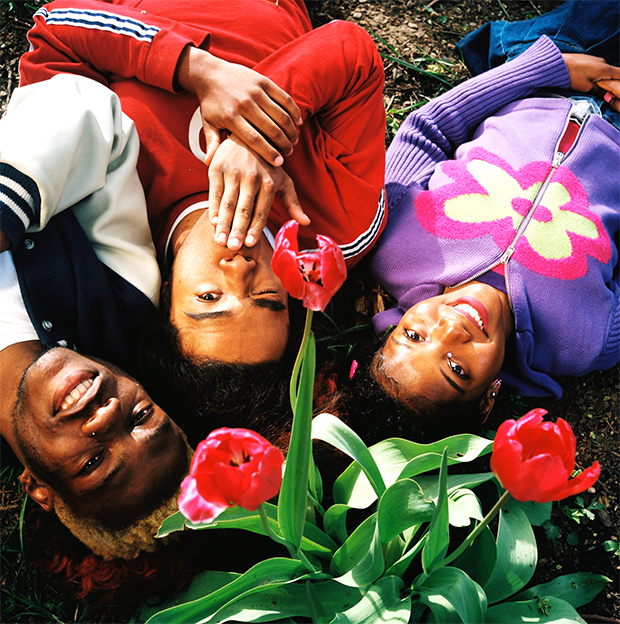 While some might think the song is a play on the Jason Reitman-directed film of the same name, the band tells HollywoodLife it was inspired by another coming-of-age flick. “ ‘JUNO’ was inspired by our life at the moment and the movie Lady Bird,” they tell HL. “You can expect us being us, at the maximum level. Full out expression.”

Along with “JUNO,” BLACKSTARKIDS announced that they’ll release Puppies Forever, their debut studio album (on Dirty Hit). It’s due out in the Fall and arrives a year after they released their Whatever, Man mixtape, the conclusion to their “black coming of age trilogy” that includes both 2019’s Let’s Play Sports, and 2020’s Surf. “ ‘JUNO is a really honest reflection of how we were feeling at the time of working on the album, which is why we wanted to lead with it,” the band says in a press release accompanying the video and album announcement. “In the context of the album, it’s one of the more personal and reflective moments”

Fans will be able to experience a “personal and reflective” moment with the band when BLACKSTARKIDS hits the road in November. They’ll embark on a nationwide 26-date tour, joining Christian Leave in support of beabadoobee. Click here for more info.

First Look: Denzel Washington In 'The Tragedy of Macbeth'

Kylie Jenners pregnancy cravings may have given away sex of her second child, expert says