An open book! Dancing With the Stars fan-favorite Cheryl Burke didn’t hold anything back when revealing little-known facts about herself exclusively to Us Weekly.

‘Dancing With the Stars’ Season 31 on Disney+: Everything to Know

The 38-year-old professional dancer — whose divorce from ex-husband Matthew Lawrence was finalized earlier this month — candidly told Us, “It has been a year since I’ve had sex or an intimate relationship of any kind.”

Despite her split from the 42-year-old Boy Meets World alum, Burke added that she “would like to get married again someday.”

The former couple, who met after the Mrs. Doubtfire actor’s older brother, Joey Lawrence, was partnered with Burke on DWTS in 2006, called it quits earlier this year after nearly three years of marriage.

Last week, the Disney+ star — who is partnered with meteorologist Sam Champion on season 31 of DWTS — implied that she kicked Lawrence out of their house amid their split.

“Kick him out of my house ✅, Hire divorce attorney ✅ [and] file for divorce ✅,” Burke shared in the September 21 TikTok clip.

In May, the California native reflected on how she feels living alone after her breakup from Lawrence. 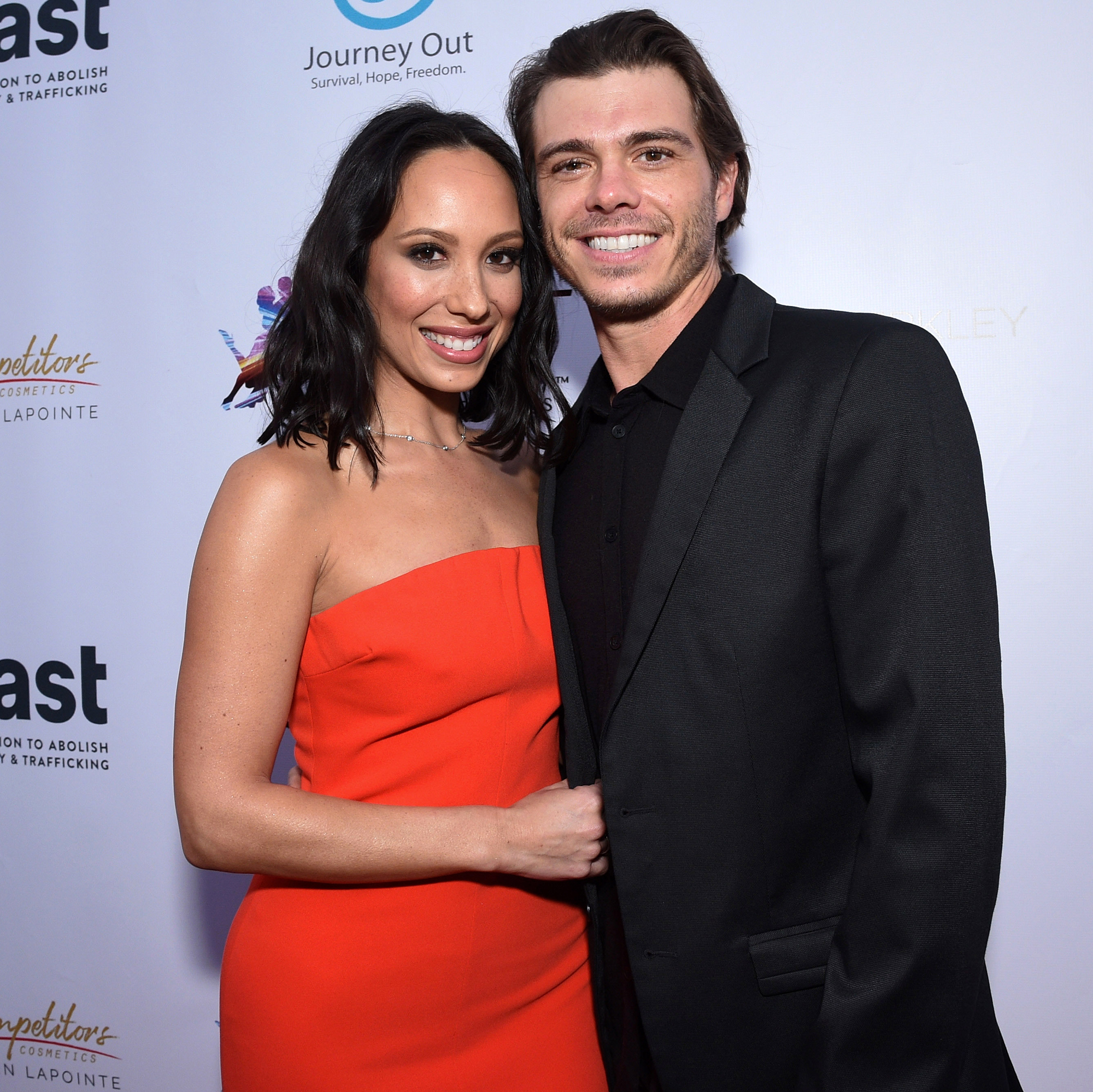 “I’ve lived in this home for 15 years and I’ve had lots of memories as you can imagine. It’s a new quiet in my life,” she exclusively told Us at the time. “And there are times I love it. [Then] there are times that I’m, like, really conscious about it and I’m observing my thoughts and I’m like, ‘Wow, the peace is quiet.’ I have definitely put in a lot of new energy in trying to make this kind of like my Zen.”

Cheryl Burke and Matthew Lawrence’s Divorce: Everything We Know

3. Growing up, my dance icon was Michael Jackson.

4. On a typical Sunday, you’d find me at home with my Frenchie, Ysabella, listening to my iHeartRadio podcast, “Burke in the Game,” while diamond painting.

5. My advice for young dancers is to believe in your unique authenticity and never question it, doubt it or give up. Nobody is like you, so own that!

6. My most starstruck moment was meeting Marc Anthony — thanks to my BFF Leah Remini — after his concert that she took me to.

7. I could see myself being a blackjack dealer.

8. My favorite style of dance is Argentine tango and all of the Latin dances, except for the jive.

10. One thing I’ve been scared to do that I hope to do someday is adopt a child.

11. I’m 47 percent Filipina and 53 percent Ashkenazi Jewish. I just found this out a little over a year ago, thanks to 23andMe.

12. I have social phobia and have a lot of anxiety when hanging around in big groups of people.

13. The movie I’ve seen multiple times and can recite lines from is Pretty Woman.

14. I didn’t talk until I was 4 to 5 years old. My mother thought I was deaf, so she took me to a hearing specialist who confirmed that I wasn’t and that it was normal, as two different languages, Tagalog and English, were being spoken in our home.

15. I get along with all of the Dancing With the Stars judges, but Len Goodman is my favorite because he was an actual ballroom judge prior to DWTS and knows his s—t!

16. I hope to be a judge or a cohost on DWTS in the near future. 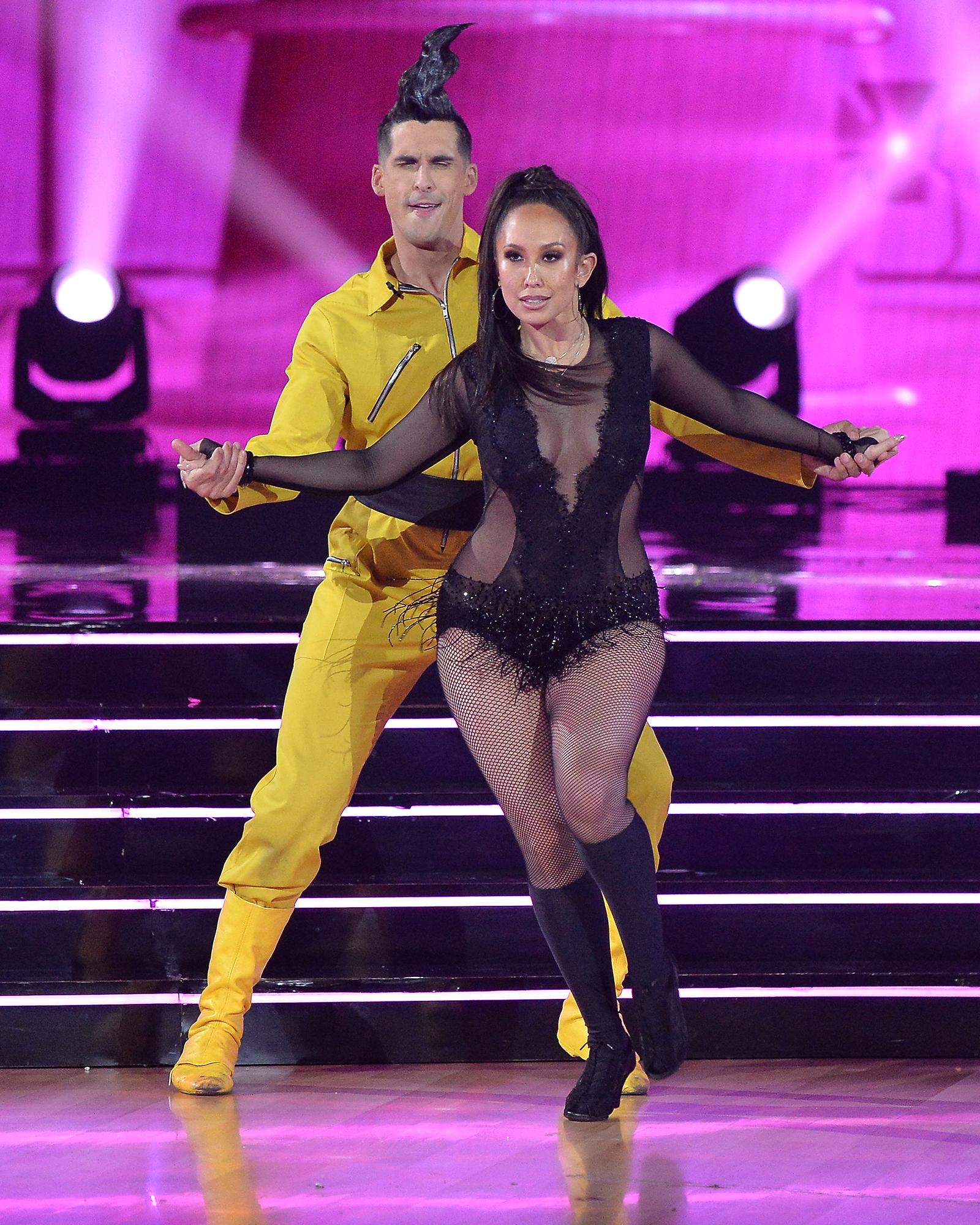 17. I was recently mistaken for Jennifer Lopez — very flattered!

18. The best advice I’ve received is, “True acceptance of yourself is a precursor to healing” by Peter Crone.

19. I never went a day without drinking alcohol for a straight decade. I was proud of myself for celebrating four years of sobriety. One day at a time!

20. My favorite place to vacation is Palawan, in the Philippines.

21. My secret talent is that I can play the piano. It was one of many hobbies my mom made me do.

22. It has been a year since I’ve had sex or an intimate relationship of any kind.

23. I feel most comfortable in sweats with no makeup on.

24. My favorite workout is boxing.

Dancing With the Stars airs Mondays at 8 p.m. ET on Disney+.