Crossbench fury as government cuts staffers from four to one

Independents and minor parties are up in arms after Prime Minister Anthony Albanese cut their staffing allocation to a quarter of what it was in the previous parliament, leaving them with only one adviser each to work through reams of legislation.

The previous government gave permission for crossbench MPs and senators to have two advisers and two assistant advisers, plus the electorate office staff each member can employ. 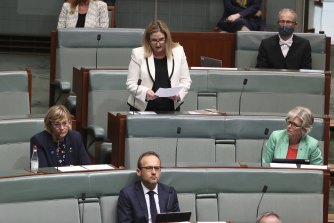 Crossbenchers in both houses of parliament have been told they will be allowed to employ only one adviser.Credit:Alex Ellinghausen

But on Friday, Albanese informed them the special allocation would not be given, meaning each office could only employ one adviser.

A spokesman for One Nation said this would make it enormously difficult to properly consider legislation, particularly controversial bills that attract a lot of attention from lobbyists and interest groups.

“If we don’t have time [to properly consider bills], the default position that should be taken by every independent and minor party should be to reject government legislation,” a party spokesman said.