Everything you need to know about the vicious Wagatha Christie trial

Brits live for two things: football (soccer, stateside) and tea — and there’s plenty of hot tea being spilled in the $3.7-million “Wagatha Christie” trial that kicked off Wednesday across the pond.

The sensational case, of which every tasty morsel has been obsessed over in the UK, centers around two of the world’s most famous “WAG’s” — meaning the glamorous wives and girlfriends of superstar athletes — Coleen Rooney and Rebekah Vardy. The sexy soccer spouses are embroiled in a vicious libel suit.

Raging Rooney has accused Vardy, in the most public of ways, of leaking secrets about her to The Sun newspaper, and vengeful Vardy is suing Rooney for libel in response.

The salivating British press has dubbed their catfight “Wagatha Christie” because, in true Miss Marple fashion, Rooney dramatically “solved” her own mystery and announced the shocking discovery in a parlor-scene-like Twitter post.

Since then, it’s been knives out between the women. 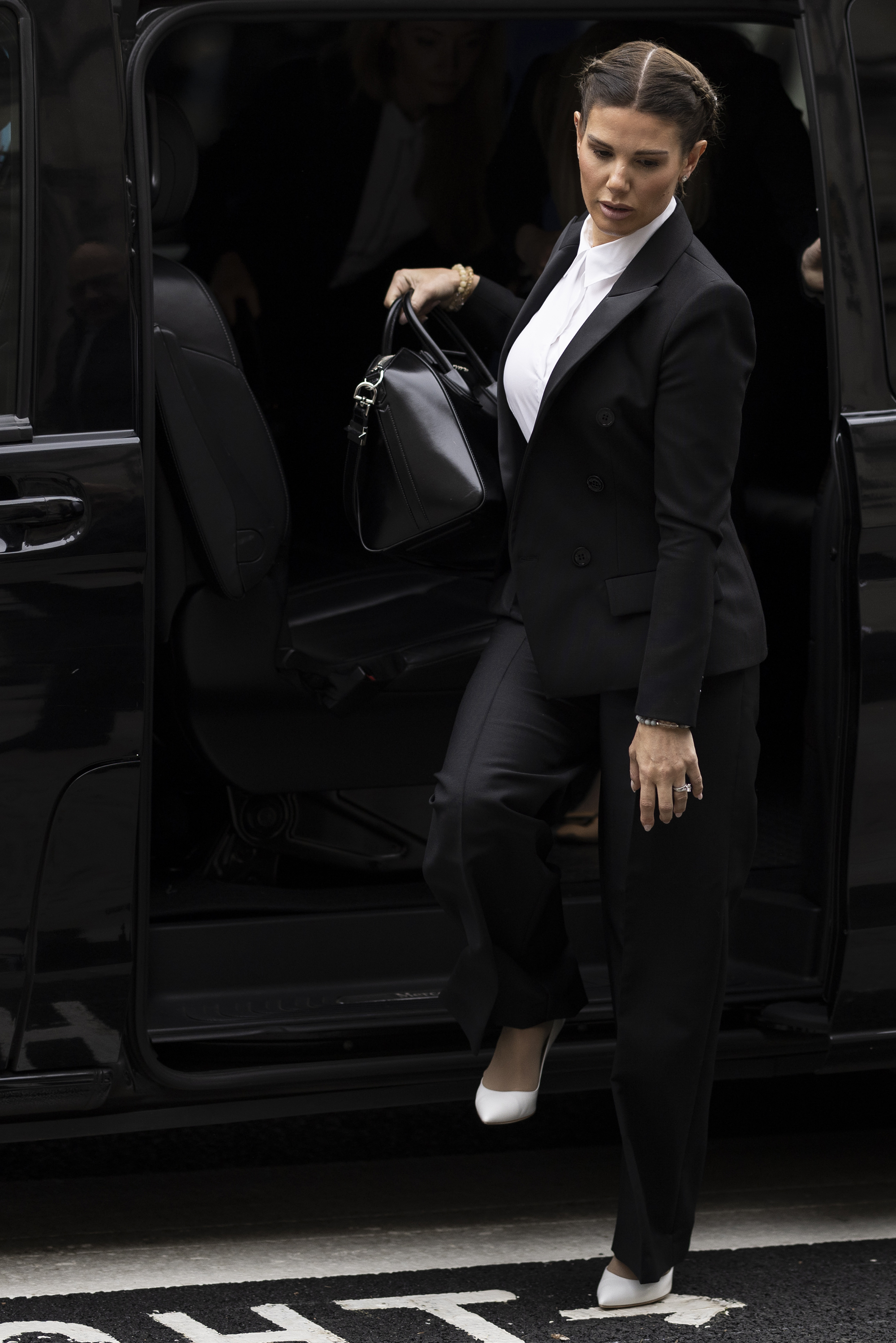 This trial has everything: gossip about a D-list celebrity’s manhood, tears in open court, shoulder pads, looks by Chanel and Prada — and a whole heap of bronzer and diamonds bigger than your knuckles. These two make Krystal and Alexis’ “Dynasty” swimming pool brawls look like a relaxing bubble bath.

The women’s battle began with an alleged months-long betrayal — on Instagram.

In 2017, private stories about Rooney’s life started being published by The Sun — scoops that only her close friends online would know about.

Fed up, in 2019 the rich soccer wife began what she called a “sting operation.”

Over five months, Rooney blocked all her followers on Instagram from viewing her stories, except for one account — Vardy’s. 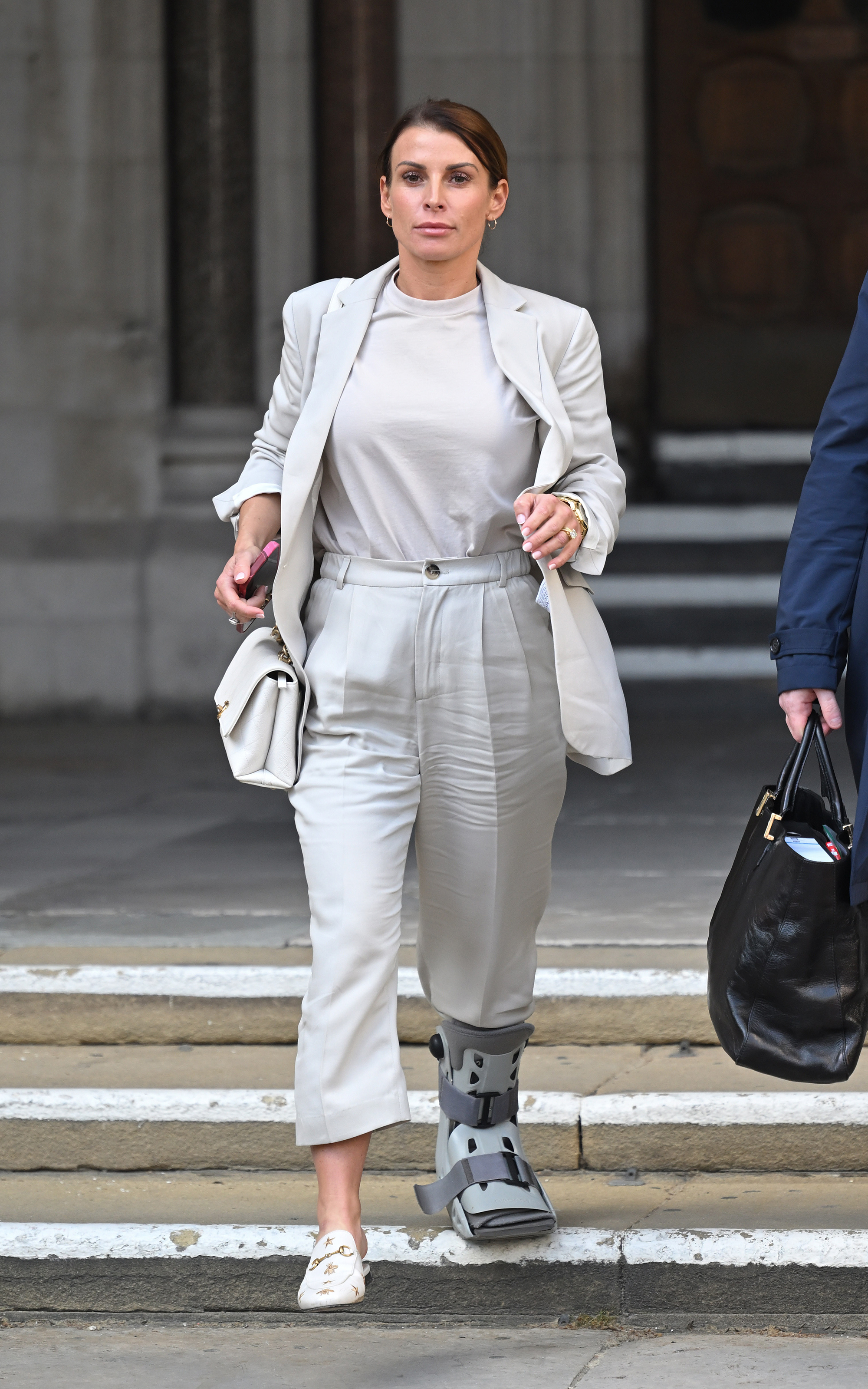 Crafty Rooney said that she then posted “a series of false stories to see if they made their way into the newspaper.” And, lo and behold, they did. Headlines emerged about a rumored appearance on “Strictly Come Dancing” (the British version of “Dancing with The Stars”) and her flooded mansion.

In August 2019, another Sun article said she had flown to Mexico for gender selection treatment to make sure her fifth child was a girl.

It was all bunk, planted by the WAG.

And she wasn’t done yet.

Speaking from the witness stand this week, Rooney said: “It could have only come from my private Instagram account. The fact The Sun reported all this stuff that had happened and was untrue gave me the anger to put it out to the public that someone was giving out my private information. I was angry. I was fuming.” 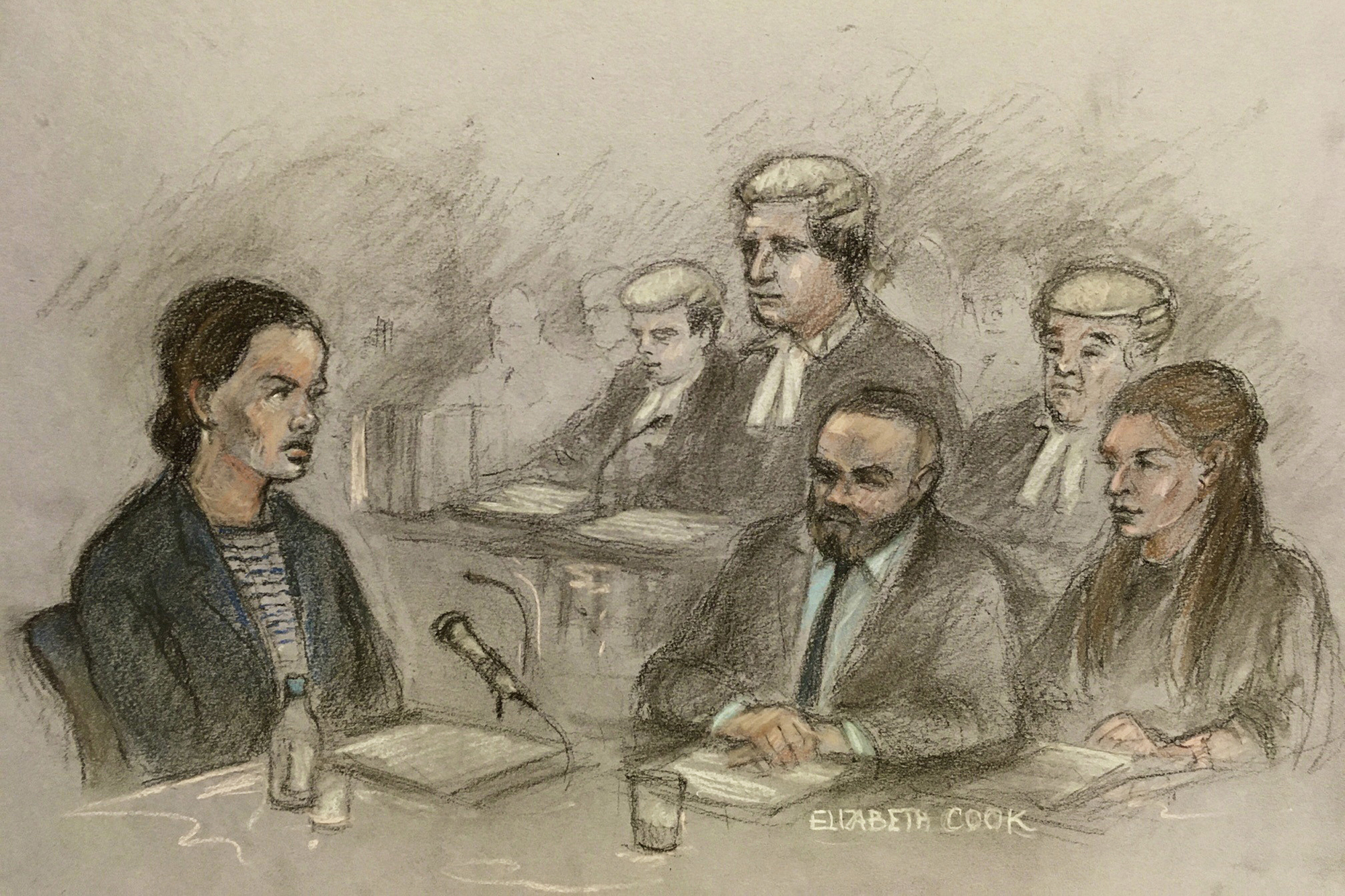 Believing she caught the culprit, Rooney took to Twitter in October 2019 and, like a mustachioed Hercule Poirot, dramatically revealed her findings.

“This has been a burden in my life for a few years now and finally I have got to the bottom of it,” she wrote.

“It’s been tough keeping it to myself and not making any comment at all, especially when the stories have been leaked, however I had to. Now I know for certain which account / individual it’s come from.

“I have saved and screenshotted all the original stories which clearly show just one person has viewed them. 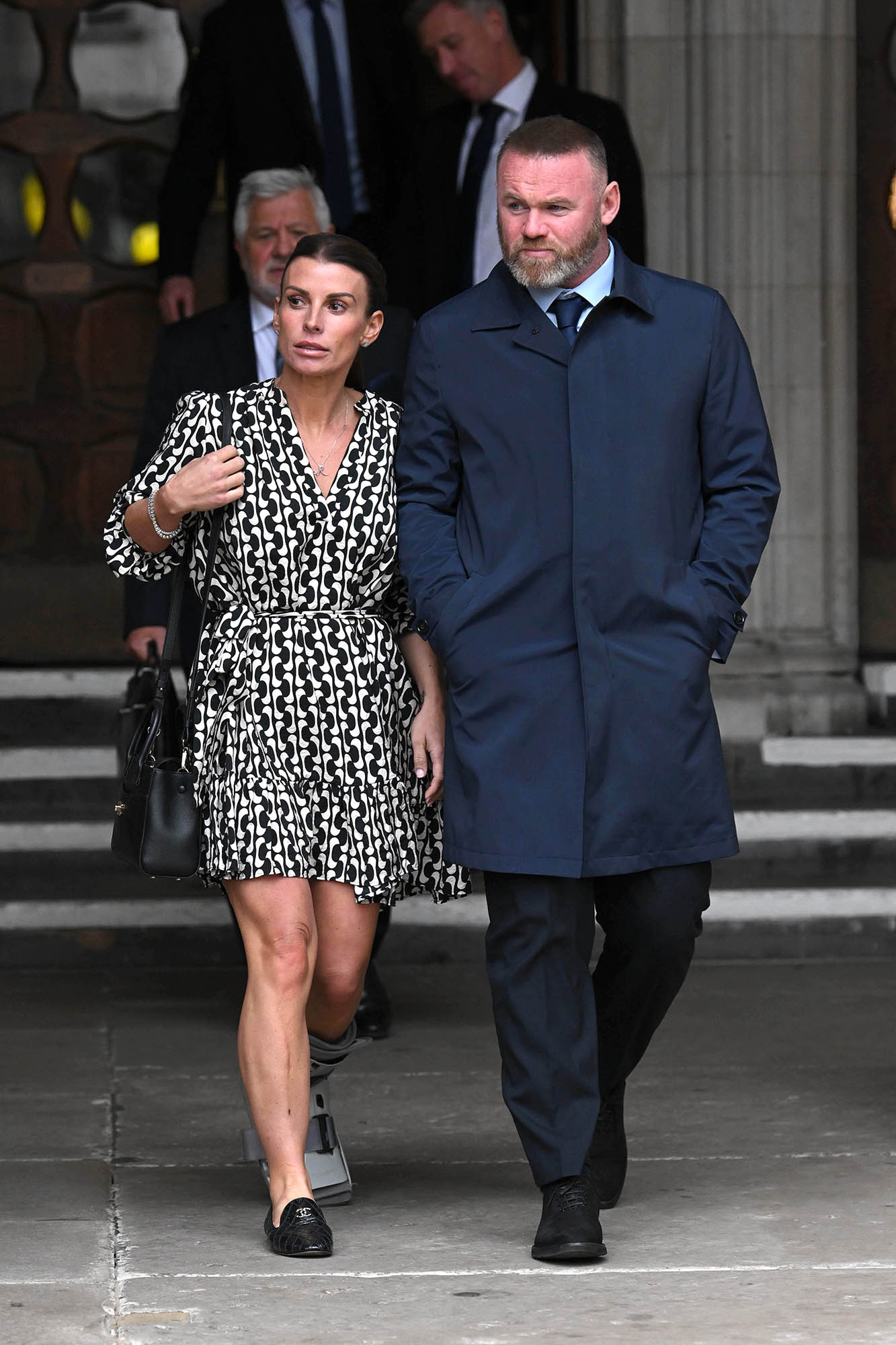 The internet exploded at the claim, and “Wagatha Christie” was born.

Their feud spilled over into the legal system in July 2020, when Vardy, a mother of five, filed a libel claim against Rooney, alleging that the accusation had caused “extreme distress, hurt, anxiety and embarrassment.” Vardy denies all wrongdoing.

In a preliminary hearing in November 2020, the judge concluded that Rooney’s Twitter statement blaming “Rebekah Vardy’s account” constituted a direct accusation against Vardy.

In an attempt to end the drama, Rooney said that she tried three times to settle the case to prevent an ongoing spectacle. Vardy didn’t bite.

She said she feels “bullied and manipulated,” and pressed on with the libel action “to clear my name, and not just for me, for my family and my children.” 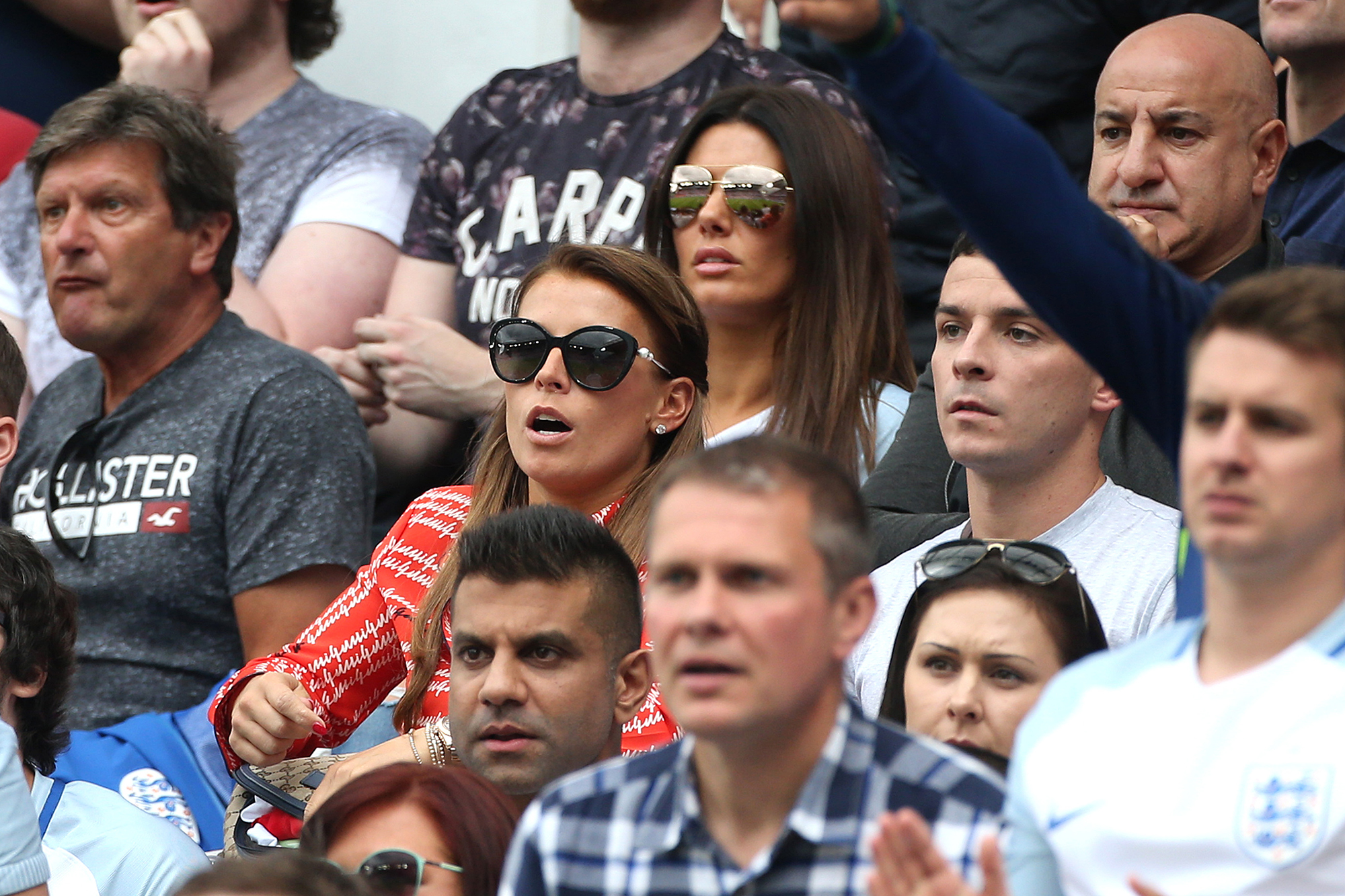 This week, however, we’ve learned that Vardy happens to have a history of blabbing to the press, and Rooney’s lawyers have tried to portray her as a “serial leaker.”

The loose-lipped WAG admitted that she attempted to make public a story about her husband’s then Leicester teammate Danny Drinkwater being arrested for drunk driving in 2019, but she insisted it was a one-off.

Vardy was also quizzed about a 2004 interview she had given to the now defunct News of the World newspaper in which she called Australian ’90s pop star Peter Andre’s penis a “chipolata” (a tiny sausage) after the pair had a night of passion in 2001. 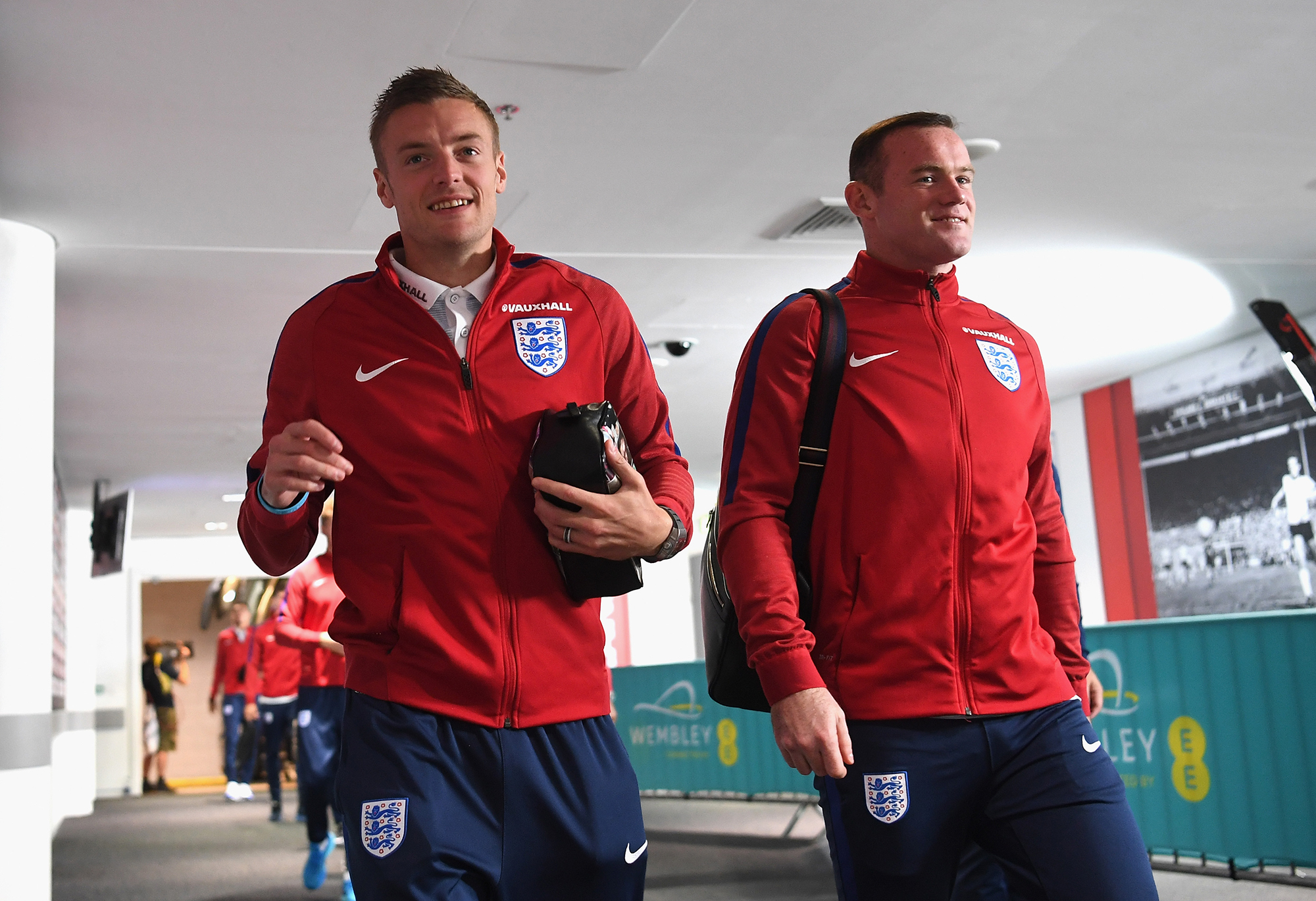 She called the below-the-belt interview “one of my biggest regrets.”

It has been claimed that Vardy would feed the stories to her agent Caroline Watt, who would then allegedly sell them on to The Sun. But water was thrown on that accusation in court. Watt’s cell phone  — believed to contain damning evidence and messages — reportedly fell into the North Sea.

A lawyer for Rooney said that Watt had been “filming the coastline” while on a boat trip in Scotland and dropped her phone, leaving her “unable to retrieve it.”

He added that it was a “shame” that messages between journalists — who had allegedly been leaked stories — and Ms. Watt were “lying at the bottom of the sea in Davy Jones’ locker.”

Vardy, not the sharpest coral on the reef, made the courtroom howl with her response: “Who is Davy Jones?” 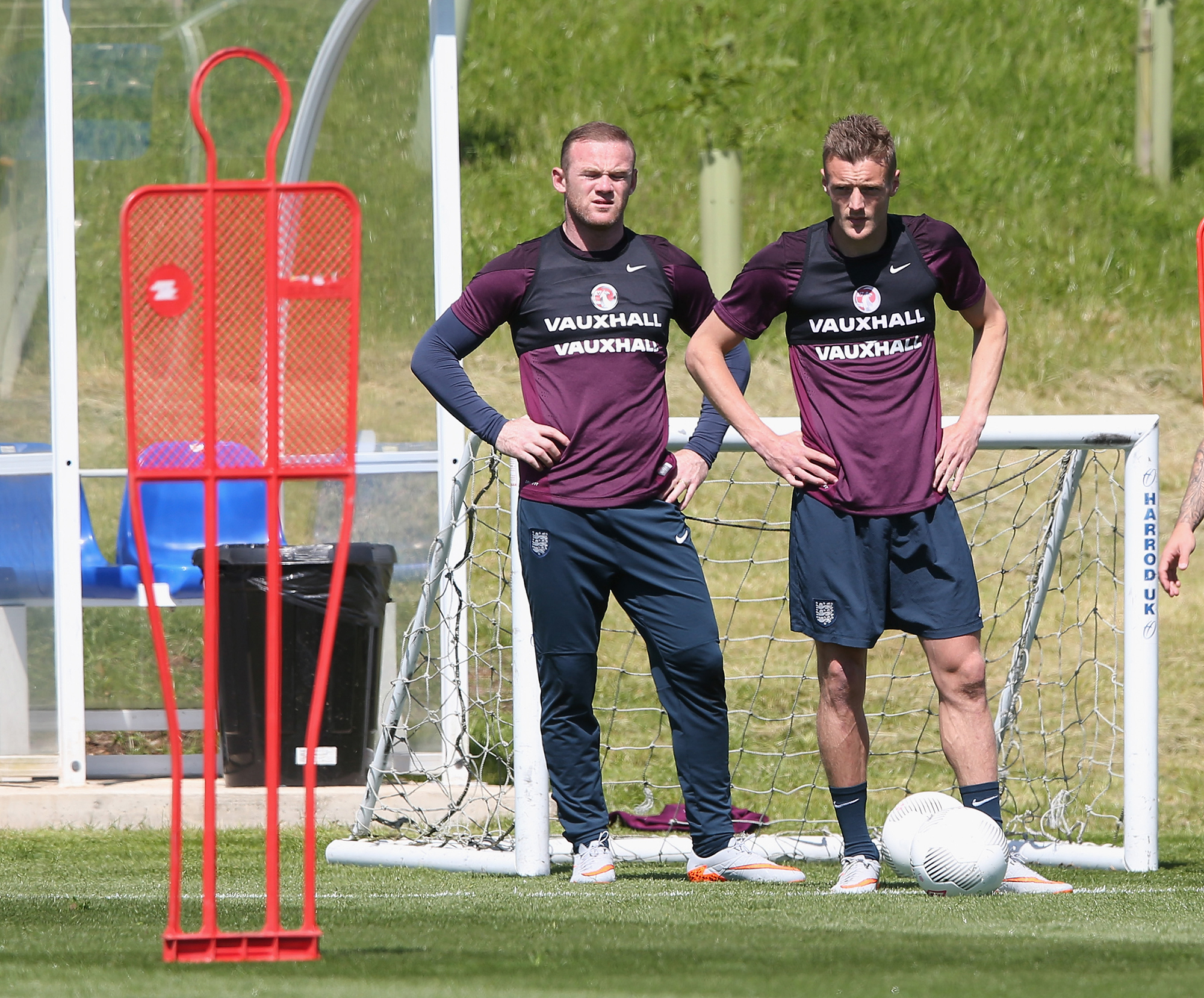 The patient judge explained that the reference was a figure of speech which “just means the bottom of the sea.”

Rooney’s team isn’t buying the oceanic plunge line. Her lawyer alleged in written submissions that Vardy and her defense had engaged in a “deliberate and calculated” effort to dispose of evidence. Vardy’s lawyers, however, said that’s “completely baseless… there is no such campaign of deletion… the reason there is no direct evidence against Mrs Vardy is because she didn’t do it.”

Watt, the agent, has been deemed not healthy enough to give evidence.

Meanwhile, Vardy has broken down in tears four times on the stand.  She began sobbing when asked about her state of mind when she had her fourth baby, barely two months after Rooney’s “Wagatha” post — and said she feared she would lose the child.
The verdict will come shortly.

Until then, the cleats will be on.