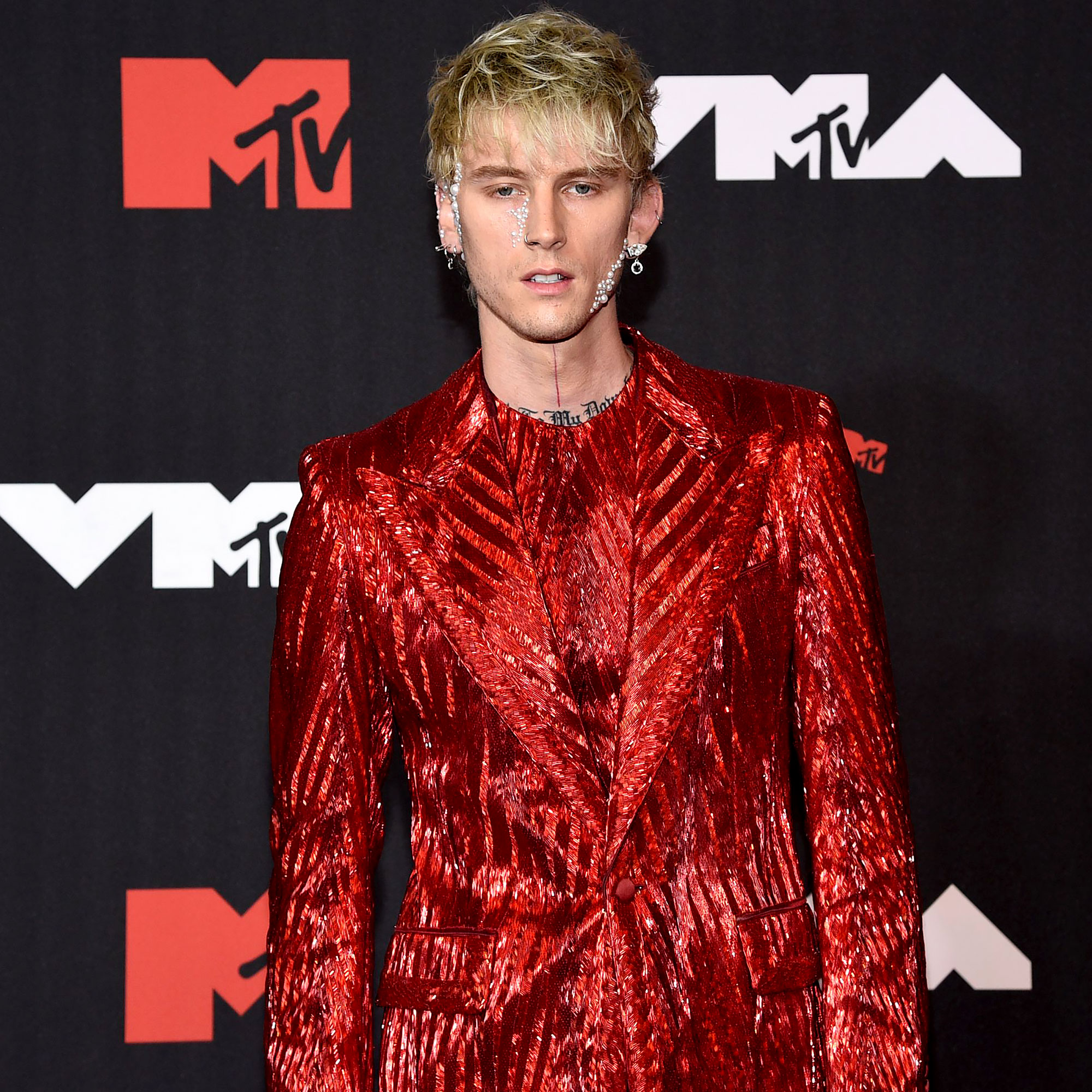 The great debate. Since Machine Gun Kelly popped the question to Megan Fox the internet has been buzzing about his, uhm, peculiar outfit choice for the big day. Rather than stick to a solid button down or slip into a tuxedo, the 31-year-old singer settled on a black and white striped shirt.

Naturally, the look sparked comparisons ranging from Beetlejuice to a Foot Locker employee. It didn’t take too long before the 1988 film’s Broadway show and the footwear store entered the chat — but now fans have thoughts on who deserves the claim to fame.

The Beetlejuice on Broadway official Twitter account wrote, “We heard stripes and wedding are big this spring.” Foot Locker’s account on the other hand re-shared a meme of the proposal that read: “When the foot locker employee finds an extra pair of the sold out shoes for you in the back.” The retailer comically captioned the photo, “To be clear, Machine Gun Kelly requested off that day.” 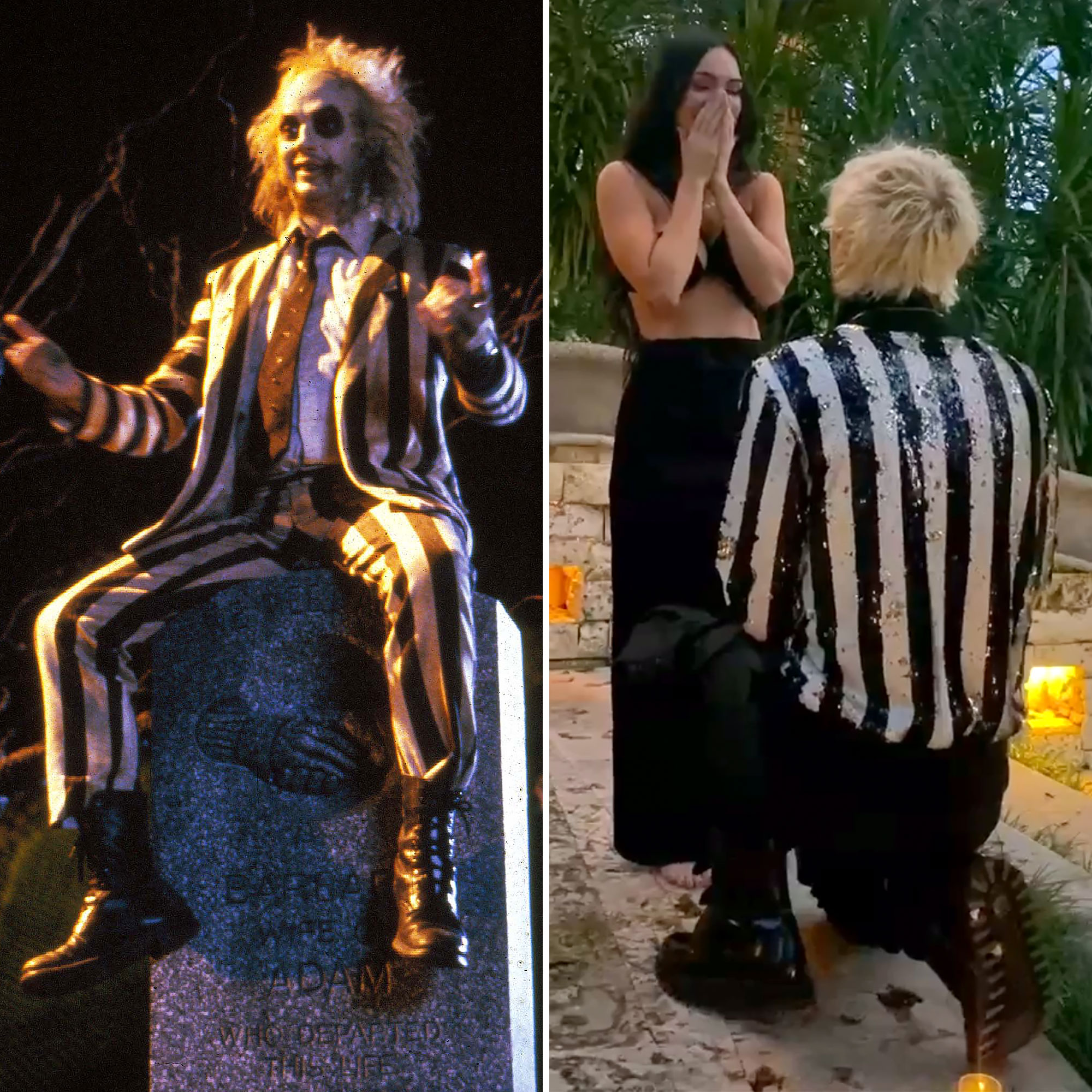 Take a peak at the comments section and it’s pretty clear that fans are divided on where their  loyalties should lie. “Why did I think it was Beetlejuice proposing?” a user questioned, while another person said, “Lmao he does look like he’s a foot locker employee.” Someone else chimed in: “Nah that’s Beetlejuice.”

While Beetlejuice and Foot Locker memes reigned supreme, social media also made a meme based on the fact that the singer’s look was eerily similar to what Travis Barker wore to pop the question to Kourtney Kardashian in October 2021.

While neither party has commented on the uncanny coincidence, it’s pretty hard to ignore. Not only did Barker and Kelly twin in striped button downs, but Fox and Kardashian also wore backless back dresses for their engagement.

The matching moment naturally sent fans wild. “Ladies, watch out for your man wearing a striped shirt,” a person tweeted. “First Kourtney, then Megan Fox, can anyone check if Pete Davidson has been seen shopping for a striped shirt,” another said, referencing the Smartwater ambassador’s relationship with Kim Kardashian.

Megan Fox and MGK Chained Themselves Together With Crazy Nail Art

Kelly and Fox do have a habit of stepping out in headline-making attire, so it shouldn’t come as too much of a surprise that they upped the ante for the engagement. The couple has previously walked the red carpet chained together by their manicures and color-coordinated for the iHeartRadio Awards. Kelly even dyed his tongue black before kissing Fox on the Billboard Music Awards red carpet.