Talk about thoughtful. Gwyneth Paltrow offers to buy all of Jada Pinkett Smith’s friends vibrators on the latest episode of Red Table Talk. The Goop founder, 49, appears on the October 27 episode of the Facebook Watch series co-hosted by Jada, 50, her daughter Willow, 20, and her mother Adrienne Banfield-Norris, 68. Today’s episode is all things sex and intimacy, and ahead of its premiere on 12 p.m. EST, HollywoodLife has an exclusive sneak peek at the ladies discussing orgasms. 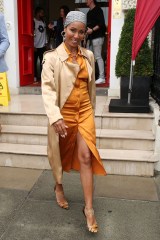 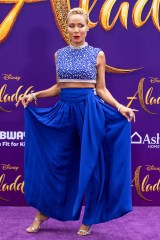 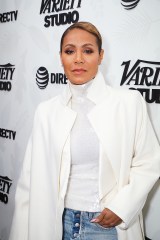 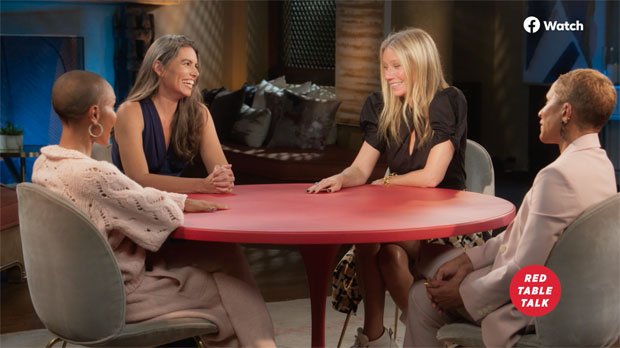 While promoting the series on The Ellen DeGeneres Show on October 20, Gwyneth revealed that her son Moses, 15, told her that he was “proud” that she sold vibrators via her Goop empire. “A few weeks ago, out of nowhere, he said, ‘Mom, I was really embarrassed at first that Goop sold vibrators,’” Gwyneth told host Ellen DeGeneres, revealing that he realized it was “great” to champion sex products without shame. Moses told his mom that she was a “feminist.” She said, “It was so cute. It was really, really nice. I’m sure he’s still embarrassed, but at least he’s putting a good spin on it. Why are we embarrassed about pleasure, you know?”