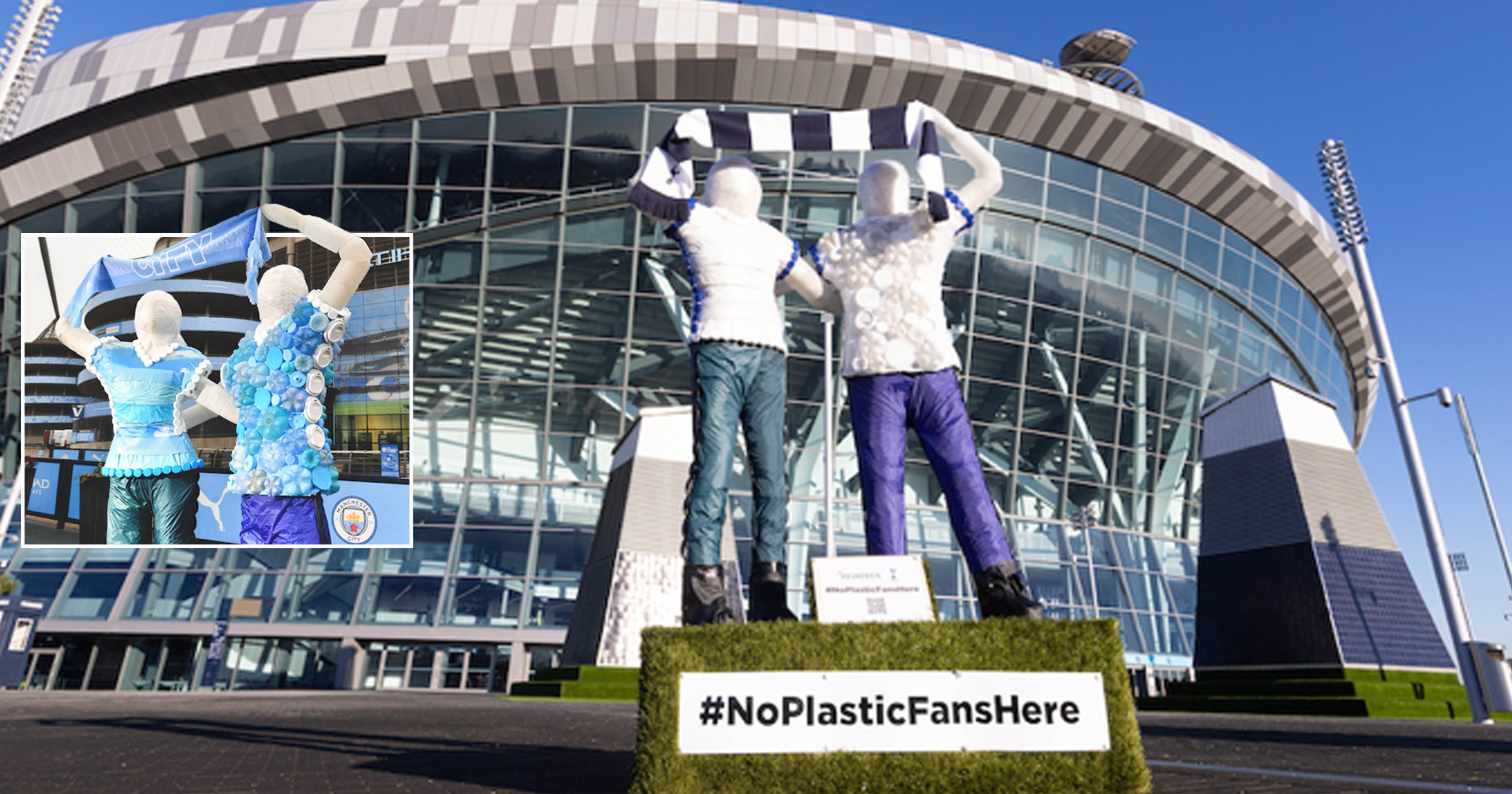 The amount of single-use plastic that can appear at stadiums and hospitality venues is vast.

We all know how terrible these items are for the environment, and yet we continue to use them all of the time – especially when other options require more effort to get hold of.

Heineken wants to change that at Manchester City and Tottenham Hotspur football stadiums through launching a #NoPlasticFansHere to encourage greater use of plastic alternatives.

These sculptures were at the Etihad Stadium and Tottenham Hotspur Stadium for the Premier League fixtures, with the hopes of inspiring fans to adopt the positive changes both clubs are making.

Tottenham Hotspur was named the Premier League’s greenest club following a study carried out by the UN-backed Sport Positive Summit, as they’ve reduced single-use plastic across the board, as players drink from cartons and fans eat with wooden cutlery.

Even beer keg caps are recycled at the stadium.

Donna-Maria Cullen, executive director at Tottenham Hotspur, said: ‘Our reusable beer cup scheme has proven to be a huge success since we opened our stadium and seeing our players drink water from cartons is an extremely powerful message.’

Manchester City also do particularly well here with plenty of sustainability efforts in practice, including the watering of the pitch which is 100% rainwater.

Heineken has recognised their contribution to the plastic issue too, and have removed single-use plastics from their venues as of last year.

In keeping with their promise to be carbon neutral by 2040, they want football fans to think twice when they enter stadiums about the plastic they’re consuming.

Though the sculptures were only up over the weekend, this is a part of a longer term initiative from the beer brand.

James Crampton at Heineken UK, said: ‘We are on a journey just like every other business and individual, to make positive changes to further reduce our impact on the planet.

‘We hope our #NoPlasticFansHere campaign will do just that and spark a conversation among football fans and the wider hospitality industry, encouraging more people to choose plastic-free and sustainable options where possible.’