A RESIDENT was left devastated after British Gas refunded him just £23 when he switched meters – despite being £800 in credit.

Lee Wallis, 47, was sent a final statement from British Gas before he switched to a new provider at home in Dunmow, Essex. 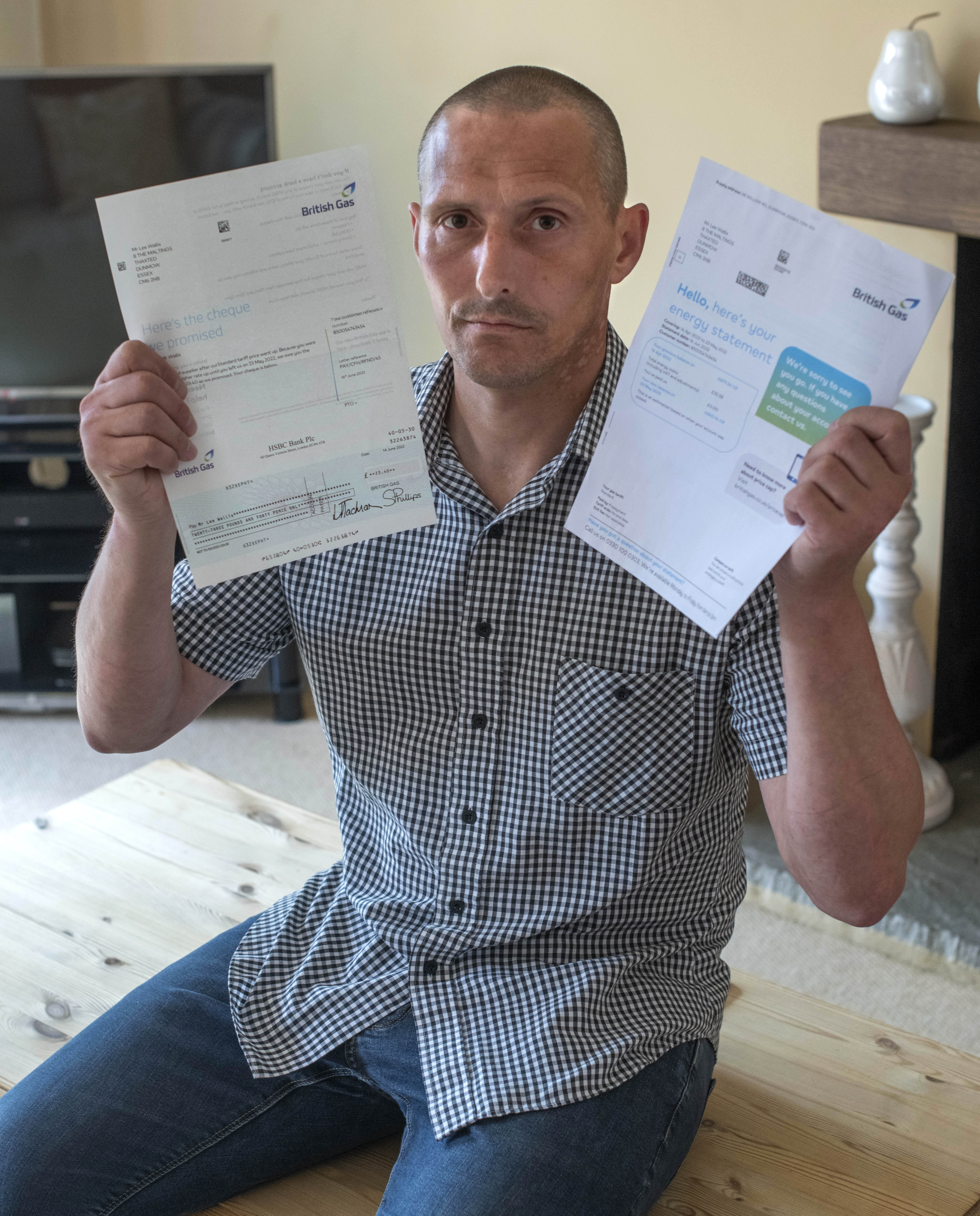 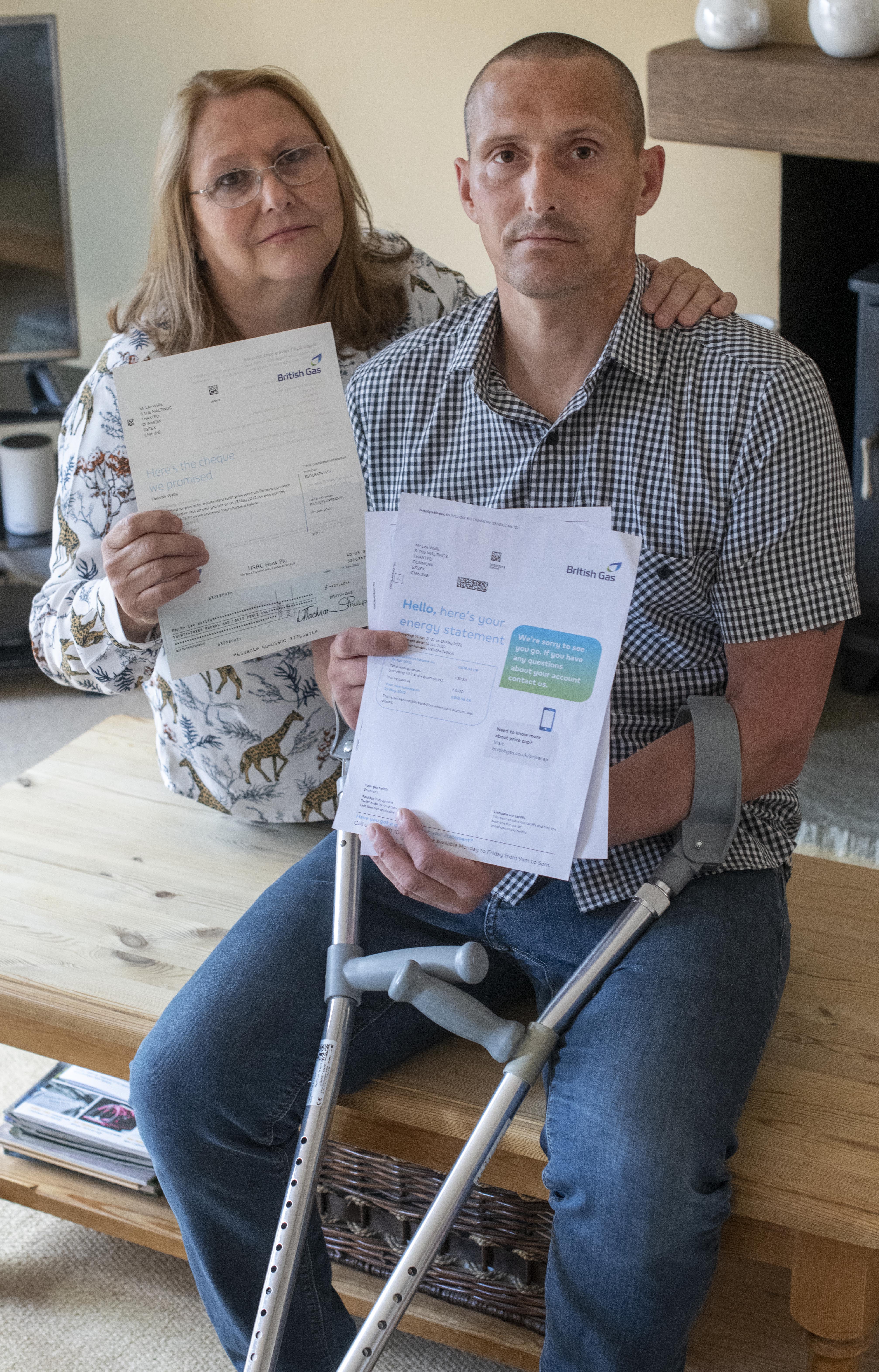 The statement said he was owed a massive £845.96 after he overpaid his monthly fee.

But, to his surprise, Lee – who is in and out of hospital due to several life-threatening health conditions – was only sent a cheque for £23.40.

Lee's mum Kim Wallis, 65, looks after his finances and helps him manage during his long hospital stints.

She told the Sun: "My immediate thought was it couldn't possibly be right.

"But then the cheque arrived the next day.

"I was somewhere between despair that this could be happening to people and anger.

"I was so upset – but then the upset turned to anger so quickly. I just saw red."

Lee suffers from pulmonary embolisms when it gets cold.

He has been in and out of hospital since a nasty accident left him with bone infection osteomyelitis – which lead to sepsis.

British Gas investigated the discrepancy – and found that Lee is owed £419.73. They rounded the number up to £500 as a gesture of goodwill.

A spokesperson said: "We’re sorry Mr Wallis struggled to sort this – the delay was due to a discrepancy between two accounts.

When that £23 came through instead of the £800… to some people that's not a lot of money. But to Lee it's like winning the lottery.

"We’ve let Mrs Wallis know the refund on its way.

"We’ve also provided a gesture of goodwill and we’re glad they are happy with this resolution."

If you're switching energy suppliers, firms have six weeks to automatically send you your final bill.

Then, your old supplier has 10 working days from a final bill to automatically refund a credit balance.

If suppliers breach a one of these standards they must compensate you.

And if you think there is a mistake on your bill, you must contact the supplier to tell them as soon as possible.

Sun Money earlier revealed its  10-minute energy switch challenge to cut your bill by up to £250.

And we revealed why you should not switch energy firms right away if your supplier goes bust. 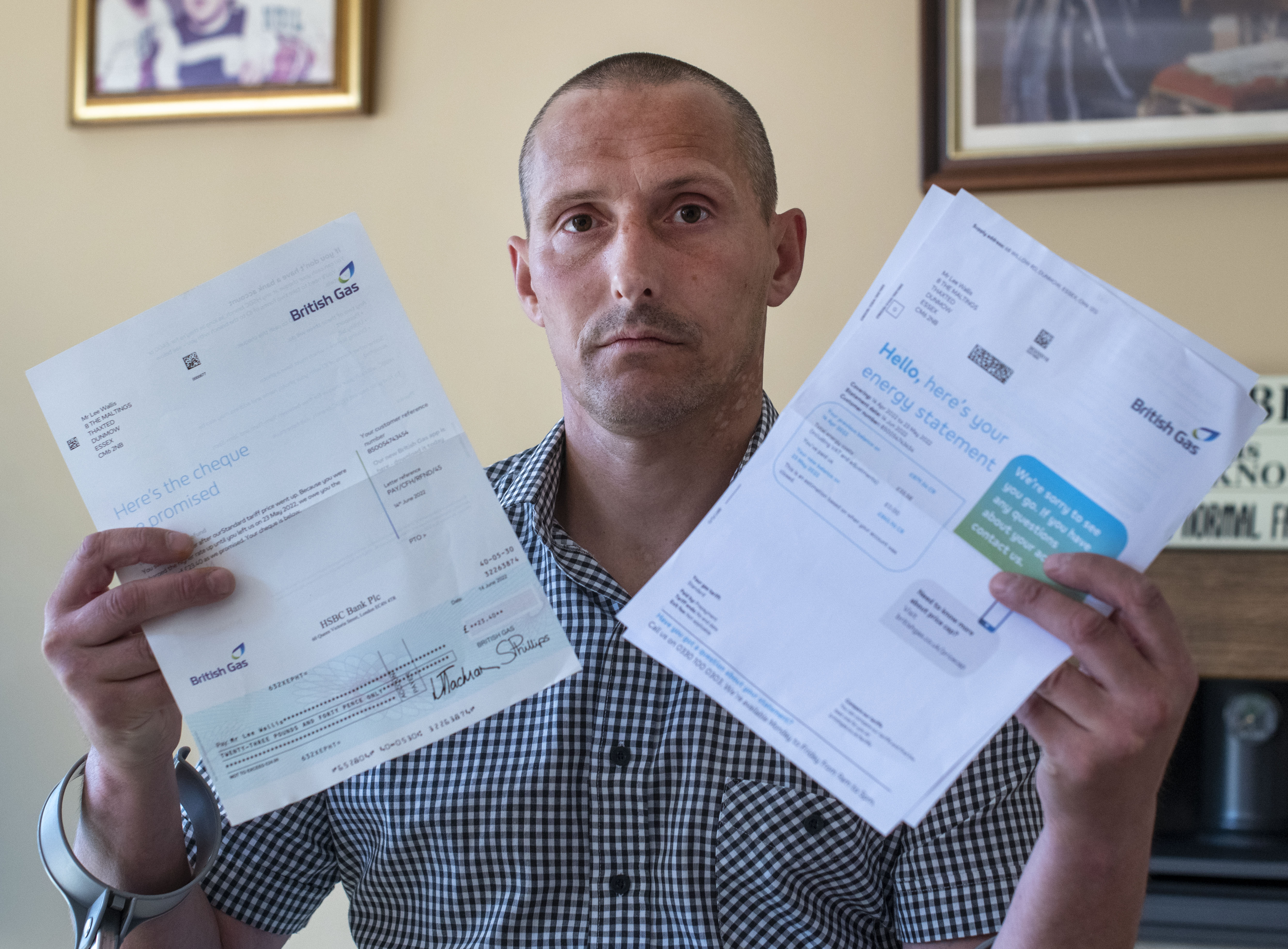