New year, new body. JoJo Siwa revealed that she spent 2022 hitting the gym and ended the year by showing off the killer results.

Celebrities’ Weight Loss and Transformations: Before and After Pictures

“First and last pic of 2022,” the Dancing With the Stars alum, 19, captioned a Saturday, December 31, pair of photos via Instagram. The first showed off her sweaty forehead while the second put her toned stomach muscles on display. 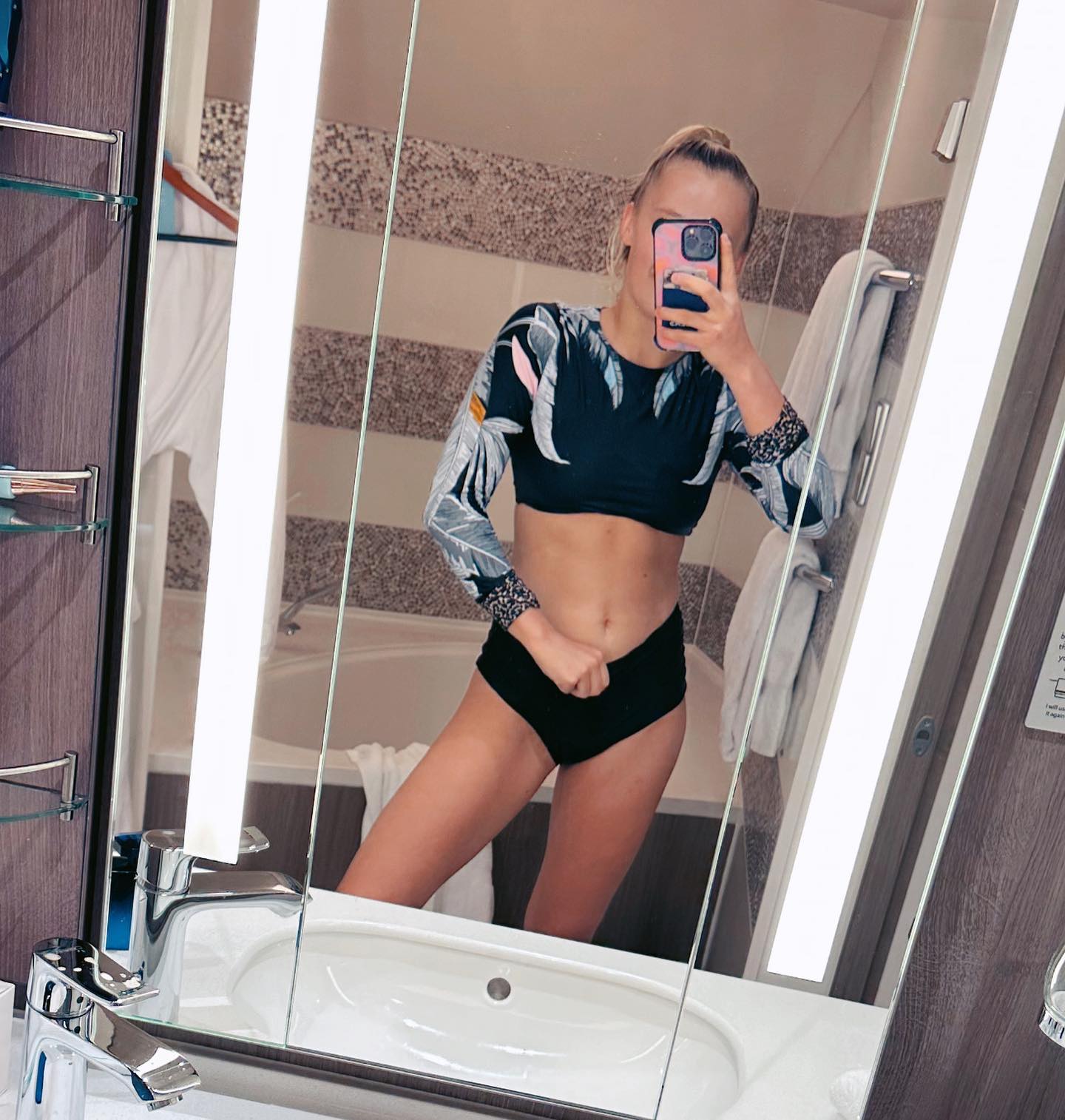 She continued: “I NEVERRRR take ‘progress pictures’ because they make me uncomfortable … however after a year of putting tons of focus on my physical health I am soooo proud of the muscle/strength I’ve gained!! I looked like the first picture EVERYDAY literally. Sweated and sweated. HAPPY NEW YEAR EVERYONE!!!!”

The former Dance Moms star also revealed that she started off 2023 by keeping up her daily workouts. She posted a TikTok video on Sunday, January 1, reacting to a clip from Miley’s New Year’s Eve Party. The video showed Miley Cyrus and Fletcher performing the Last Song star’s hit song “Midnight Sky.”

“POV: taking a break in between reps watching this for the 476,000 time,” Siwa captioned the reaction clip. “It’s the ending for me. ICONS.”

JoJo Siwa Through the Years: From ‘Dance Moms’ and Beyond

As the video concludes, Fletcher, 28, kneels down on stage and caresses Cyrus’ leg. Simultaneously, water falls out of Siwa’s mouth as her jaw drops.

The former Hannah Montana star, 30, and the “Girl of My Dreams” singer both identify as members of the LGBTQ community as does Siwa, who split from ex-girlfriend Avery Cyrus last month.

Avery, 22, confirmed the breakup via TikTok on December 17. “We decided that we are better off as friends,” the social media influencer wrote at the time. “We are both so young and still just trying to figure our stuff out! 💞”

Siwa later claimed she was “used for views and for clout,” telling her mother via Instagram Stories that she “got tricked into being told I was in love and I got f—king played.”

Avery responded to the accusations in a statement to E! News: “From my perspective, me and JoJo left on great terms and are still friends. The relationship was very real, and I have nothing but love for JoJo and her family. I’m still very hurt that JoJo broke up with me. And I’m saddened and confused by the situation.”

Prior to the “Boomerang” singer’s latest romance, she was in an on-again-off-again relationship with Kylie Prew. The duo went public with their relationship in February 2021, less than one month after Siwa came out. Prew confirmed in August 2022 that they had split for good.