Prince Edward weighs in the on ‘family rift’ between Harry, Meghan and the royals

The Queen’s latest royal appearance was a piece of cake. Literally.

With Kate Middleton and Camilla Bowles watching, the 95-year-old British monarch insisted on using a ceremonial sword to cut a large sheet cake at Eden Project’s Big Lunch event on Friday. A video from the cheeky moment shows Her Majesty pausing as someone off-camera reminds her there is a knife. “I know there is,” the Queen quipped back before stating she wanted to use something “more unusual.”

Even Duchess Camilla got in on the cake cutting action, assisting Her Majesty in perfecting the first perfectly sliced piece.

“That looks very good,” Queen Elizabeth stated proudly once they were finished.

The lunch was organized by The Eden Project, an educational charity that brought the Queen and the Duchesses face-to-face with local volunteers from the Cornish community during the COVID-19 crisis. 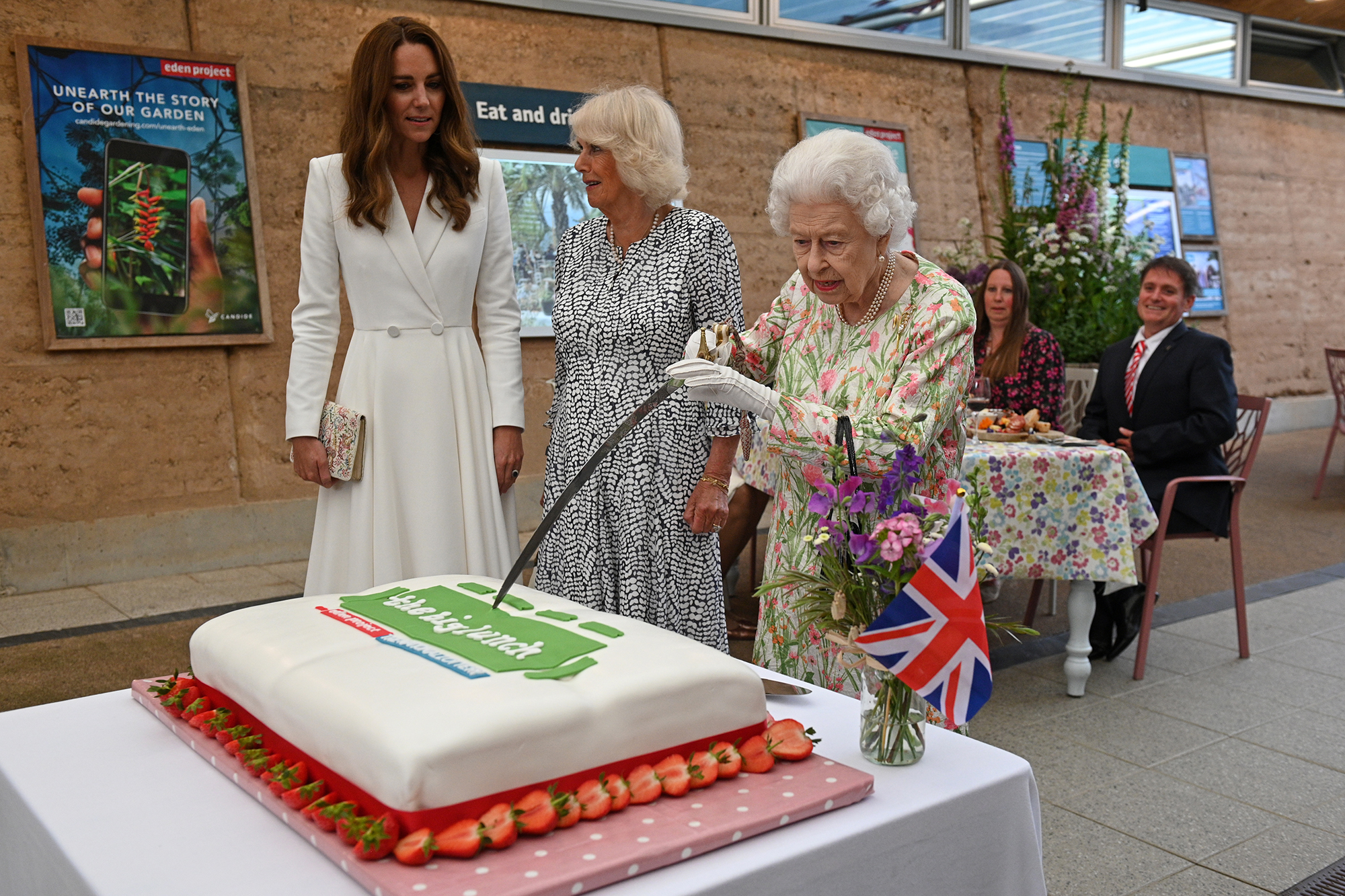 Queen Elizabeth’s appearance at the event was only the second since her husband, Prince Philip‘s, funeral in April. The first was on May 11 at the State Opening of Parliament.

The appearance was also the first since the news of Prince Harry and Meghan Markle welcoming a daughter named after the Queen’s beloved nickname, Lilibet. As Page Six previously reported, the Queen has already met her newborn namesake and great- granddaughter over Zoom.

This weekend is the Queen’s Jubilee, a celebration in honor of the Monarch’s birthday, which was actually on April 26. The Eden Project’s lunch event was just one to kick off the festivities, which will include a parade at Windsor Castle on Saturday, June 12.

Sadly, this is the Queen’s first Jubilee weekend without her husband, Prince Philip.

Bob Odenkirk in hospital after collapsing on set of Better Call Saul: report