"I don't want to feel like I'm slamming anyone or that I'm being disrespectful. But I also want people to know it was not a cakewalk."

When Kelly Ripa sat down to work on her new memoir, “Live Wire: Long-Winded Short Stories,” the “hardest chapter to write” was the one about her time on “Live!” with cohost Regis Philbin.

Ripa was added to the mix in 2001, after Kathie Lee Gifford left the morning show the previous year. While she’s been there ever since, she said those early years weren’t exactly smooth sailing.

Speaking with PEOPLE about writing the new book, she explained why it was so difficult writing about that particular time in her life. 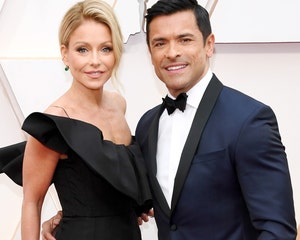 “I don’t want to feel like I’m slamming anyone or that I’m being disrespectful. But I also want people to know it was not a cakewalk,” she said. “It took years to earn my place there and earn the things that are routinely given to the men I worked with. Including an office and a place to put my computer.”

Recalling her first day on set, she claimed she was told she couldn’t bring “an entourage” — and showed up with only a hair and makeup person, something she said is “not unusual” in the business. That, however, even led to some flack from her cohost.

“Uh-oh, Gelman, it’s got an entourage,” she claimed was Regis’ first reaction, as he spoke with the show’s executive producer, Michael Gelman. “I felt horrible,” she said, “He was probably trying to be funny, but at the same time it felt like a pile-on.”

“I understand that probably he didn’t want a cohost, but the network wanted me to be the cohost and I didn’t think I should pass up that opportunity,” she added “I don’t think it was fair to him. But it was also not fair to me.”

While she said there were “good and bad days,” Ripa said she thought she eventually grew on him — and added she “so enjoyed” all the moments they were able to spend together a “handful of times” off-set. She also called him “the world’s best storyteller,” noting that “if I could become a tenth as good” a storyteller as he was, she’d “be happy.” 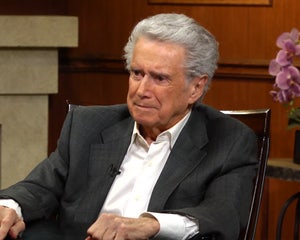 In 2017, Philbin appeared on OraTV’s Larry King Now and talked about why he believed the relationship between the two soured after he eventually left the show and retired in 2011. When asked if he kept in touch with Ripa at the time, he said, “Not really, no.”

He also claimed the show “never once” asked him back on the show after he left.

Ripa, however, told PEOPLE she believes the show “reached out many times” to have him make an appearance — and he did in 2015. “It makes me sad but it’s not something I will ever understand,” she added. “I was steadfast in my attempt at communication. You can’t make a person befriend you.” 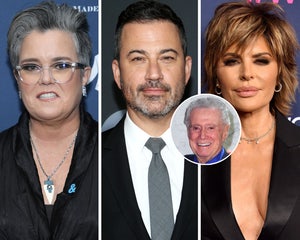