Aware of the chatter? Khloé Kardashian shared her thoughts on reality TV editing days after her family was accused of faking a key scene in the season finale of The Kardashians.

10 Insights, Theories Into How the Kardashian-Jenners Edit Their Reality Show

The Hulu personality, 37, fielded a question about whether filming for years has made her more aware of editing mistakes on other shows. “I can tell when some audio has been put in, if they need to, like, reshoot audio, or if, like, a phone call is faked,” the Good American founder explained during the Thursday, June 23, episode of Hot Ones. “And not that those things didn’t happen, but sometimes they didn’t catch the audio or sometimes the mics go out.”

The former Revenge Body host didn’t mention her family’s series by name, but she noted that she can “understand” why editors “might just have to redo something or transition to things.” The California native also told host Sean Evans that she sees the social media posts devoted to dissecting alleged continuity errors on The Kardashians.

“It could be super minor, but I’m really aware of those things and I tend to notice all that stuff,” the Keeping Up With the Kardashians alum explained. 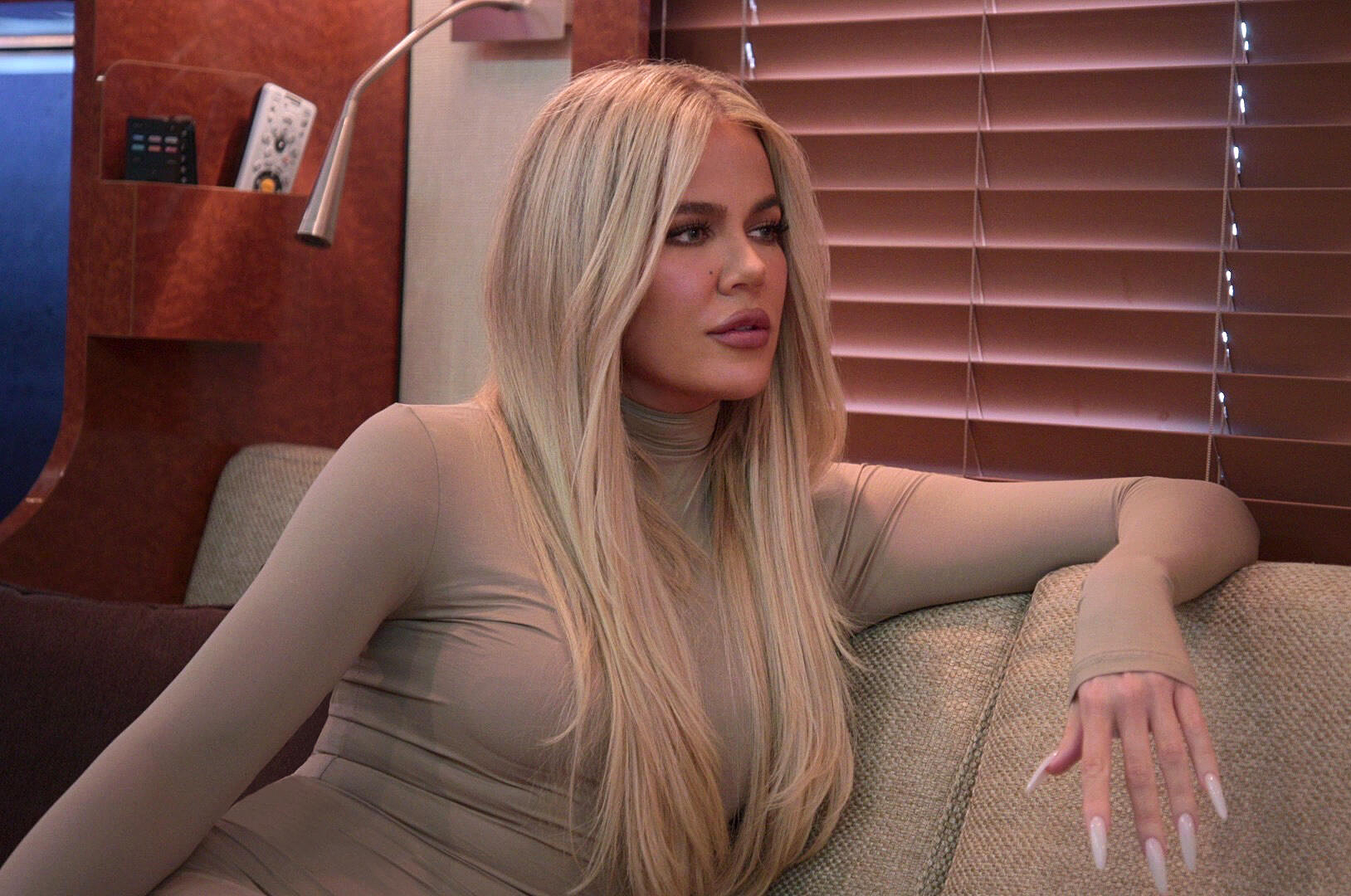 Earlier this week, the Kardashian-Jenners made headlines after fans accused the family of faking a pivotal scene during the part 1 season finale of their Hulu series, which aired last week. Kim Kardashian, Kourtney Kardashian and Kris Jenner gathered for a “family meeting” that was allegedly held in late 2021, but internet sleuths believe it actually happened in January.

‘Kardashians’ Season 1 Cliffhanger: Everything to Know About What’s Next

“The family meeting was filmed January 31st based on Kourtney’s outfit, [but] Khloé found out end of November/beginning of December when the documents leaked and she did attend Christmas with the fam,” one Redditor wrote about the June 16 episode. “So the meeting was staged.”

The meeting was supposed to have taken place one day after Kim, 41, found out that Khloé’s ex Tristan Thompson had fathered a child with Maralee Nichols. While Kourtney, 43, could have repeated an outfit, another social media user thinks her manicure gave the ruse away.

“Her nails are chrome in the episode,” tweeted one viewer. “In these pap shots, they are as well, chrome … I’m a nail technician, and lemme tell you, chrome chips soo quickly.”

Khloe Kardashian Through the Years: Reality TV, Motherhood and More

Other fans have accused the family of removing scenes that could potentially cause controversy, but Khloé denied those allegations during an interview at Disney’s FYC Fest earlier this month.

“Personally, I don’t like to take stuff out,” the Strong Looks Better Naked author explained. “I’m like, ‘This is what happened, this is just how it played.’ Even if you might not like yourself in a certain way, or might not like your tone or something you did or said, it’s a mirror and sometimes you have to take those moments and reflect and learn and get better.”