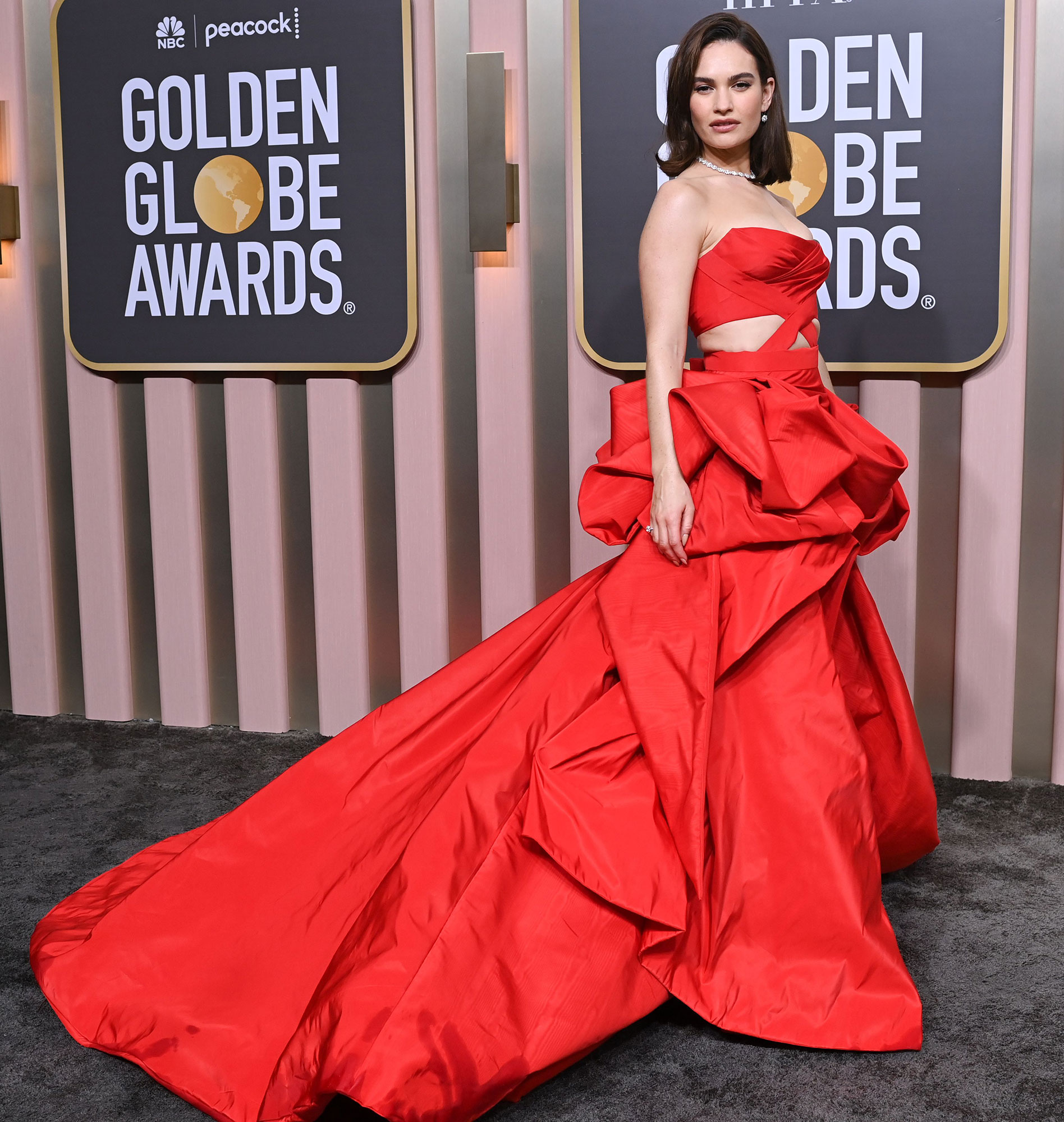 Lady in red! Lily James brought the heat to the 2023 Golden Globes.

For the Tuesday, January 10, awards show, James, 33, who is nominated for Best Performance by an Actress in a Limited Series for her role as Pamela Anderson in Pam and Tommy, donned a fiery gown from Versace.

The vibrant garb was made with 50 meters of fabric and featured ruffles and a sexy strapless neckline. The number was finished with a daring cutout at the bodice. To complement the piece, James carried a cherry-colored clutch and donned a diamond choker.

Her brunette locks were styled in a voluminous blowout and parted down the side. For glam, the U.K. native opted for soft makeup that included subtle eyeshadow, mascara and peachy lips.

When asked how she’s going to celebrate the evening, James told Loni Love on the carpet: “I’m gonna drink champagne and take this dress off so I can move.”

Ahead of the show, the Baby Driver star shared her glam process, which involved getting a facial.

Lily James Is Updating Old Hollywood Style One Appearance at a Time: See Her Best Looks

In a follow-up post, the Pride and Prejudice and Zombies star shared a mirror selfie with the caption “Here goes! 😘.” Her bathrobe draped off her shoulders and she held a teacup up with a fresh face. The Mamma Mia! Here We Go Again actress then shared a candid snap of her hairstylist, Halley Brisker working on her tresses. 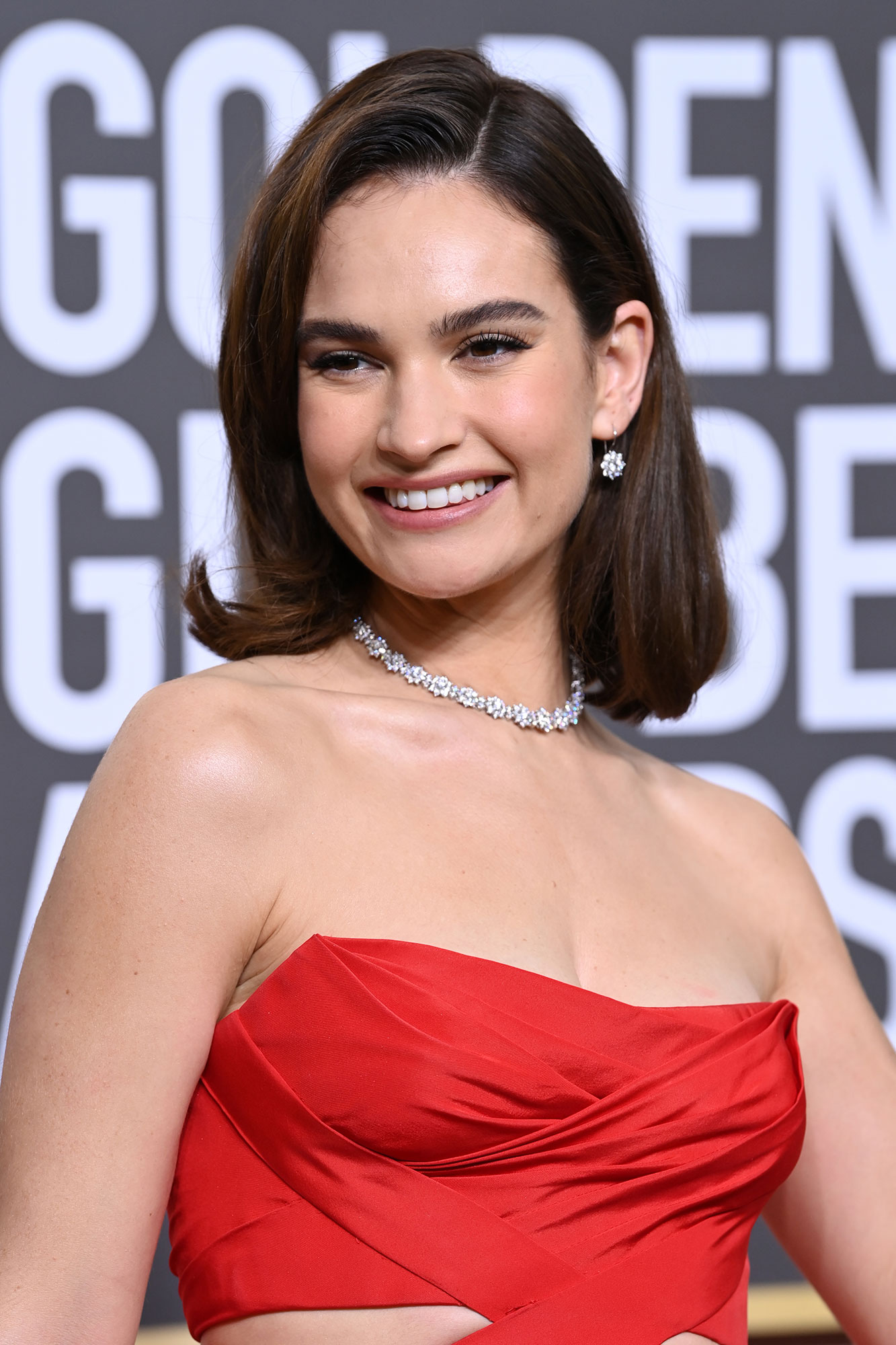 The War and Peace actress recently revealed via Instagram that she is the new face of Charlotte Tilbury. The makeup brand posted stunning pictures of James on Monday, January 9. “🌟 LILY JAMES IN NEW! CHAMPAGNE GLOW! 🌟,” they captained the post.

In the extravagant photos, the Yesterday star posed in a cream-colored dress. Her tresses were again styled by Brisker in old Hollywood style curls and a side part. Her makeup was done by Sophia Tilbury and included a sparkly eyeshadow look, winged eyeliner and glossy lips.

In the campaign video, James is seen sweeping the Hollywood Glow Glide Highlighter across her cheeks and eyelids.

She again praised Brisker on her social media on December 8 when she showed off a beautiful style he created. Her hair was worn in an updo including a bun, braid and bow twisted with her own strands.

‘Downton Abbey’ Stars: Where Are They Now?

“Just taking a moment for @halleybrisker🥹👏,” she lovingly captioned the post.