He also got an apology from Jen Shah’s husband for her “unacceptable” behavior.

Robert Sr. finally addressed some of the “Real Housewives of Salt Lake City” talk about his controversial marriage to star Mary Cosby, during the third and final episode of the show’s reunion special.

On Thursday, the househusbands appeared both in person and virtually, where they addressed a few of the fights and drama their other halves experienced throughout the season. For the Cosbys, the biggest thing they addressed was criticism of their marriage — and Jen Shah saying Mary “f—ed her grandfather” during one especially heated moment.

“I see all the grandfather junk, it’s stupid,” said Robert Sr. after host Andy Cohen brought it up. “He’s still upset, he’s not as strong as me,” Mary interjected, before telling her husband, “be nice, don’t be embarrassing.”

After revealing he was hesitant when Mary said she wanted to join the show, he addressed the age gap between them. The two got married when Cosby was 22 and he was 20 years her senior. Robert Sr. was previously married to Mary’s grandmother, who actually pushed for the couple to get together after her death.

“One thing that they don’t understand … they think like we got married just got the money, everything is money, money, money and it’s not like that,” said Robert. “And another thing, this granddaddy junk, it’s just stupid. I was 22 years old when I married Mama, whose granddaddy was I? I wasn’t even anybody’s daddy yet. I don’t like that, I don’t like that at all, it’s very offensive.”

“But I’m used to it, I don’t like people messing with my wife,” he continued. “Mary is a great mother and a great wife, I love her, I understand we have our ups and downs — you’ve been married 22 years, how in the hell can you not get along?” 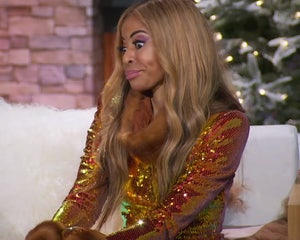 The two share a teenage son together and work together at the family’s Faith Temple Pentecostal Church. Robert said his wife was “more than just a First Lady” of the church and called her his “equal,” something which made Mary emotional to hear.

He went on to say that it was “rough” to see Mary fight with Jen, prompting Shah’s husband, Coach Sharrieff Shah, to apologize on her behalf for her comments throughout the season.

“I said we can’t degenerate to that kind of talk, not that. I apologize brother, I’m sorry,” he continued. “That’s not my wife, that was in the heat of the moment, and that’s not an excuse. God willing she’ll be better going forward because I believe in her and hopefully she gets a chance to at least demonstrate who she really is, god willing.”

Robert said the Shahs “don’t have to worry about it,” with Jen herself expressing remorse for her comments later in the hour. 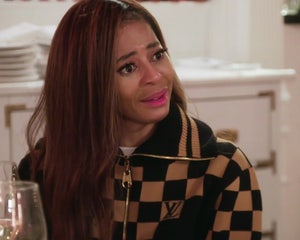