Mother of missing boy, 16, 'blames lockdown' for his disappearance

Mother of boy, 16, who police say is ‘probably dead’ after going missing while trying to walk 280 miles to see his girlfriend says she ‘blames the lockdown rules and virus’ on The Year Britain Stopped

The mother of a missing 16-year-old who may have been trying to talk 280-miles to see his girlfriend on the day he disappeared said she ‘blames lockdown’ for the reason he is no longer around.

On Thursday, March 26 last year, Owen Harding left his home in Saltdean near Brighton following a lockdown-related argument with his mother, Stella, 43.

He was last seen on CCTV around 6pm heading towards a well-known cliffside path about half-a-mile from his home in Saltdean, East Sussex.

Now, almost 14 months on and shortly after what would have been Owen’s 18th birthday, his mother Stella is set to appear on Channel 4 documentary The Year Britain Stopped, which airs tonight at 9pm, to explain the reason she believes she lost him.

‘I blame lockdown for Owen going,’ says an emotional Stella. ‘If it wasn’t for lockdown and if we didn’t have those rules, if we weren’t so scared of the virus and all of that and I think f****ing lockdown you know, that’s why Owen’s not here.’ 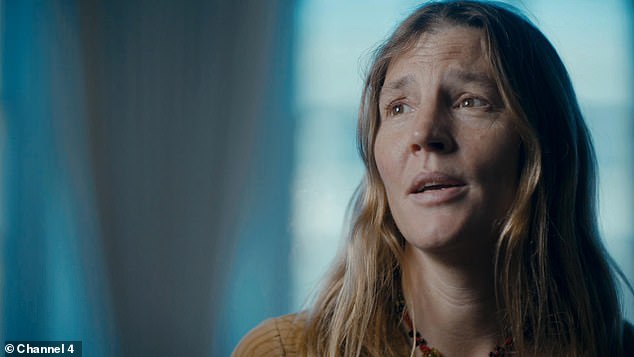 Stella Harding, 43, the mother of missing Owen, 16, who may have been trying to talk 280-miles to see his girlfriend on the day he disappeared, said she ‘blames lockdown’ for why her son is no longer here. Pictured, on tonight’s episode of Channel 4 documentary The Year Britain Stopped 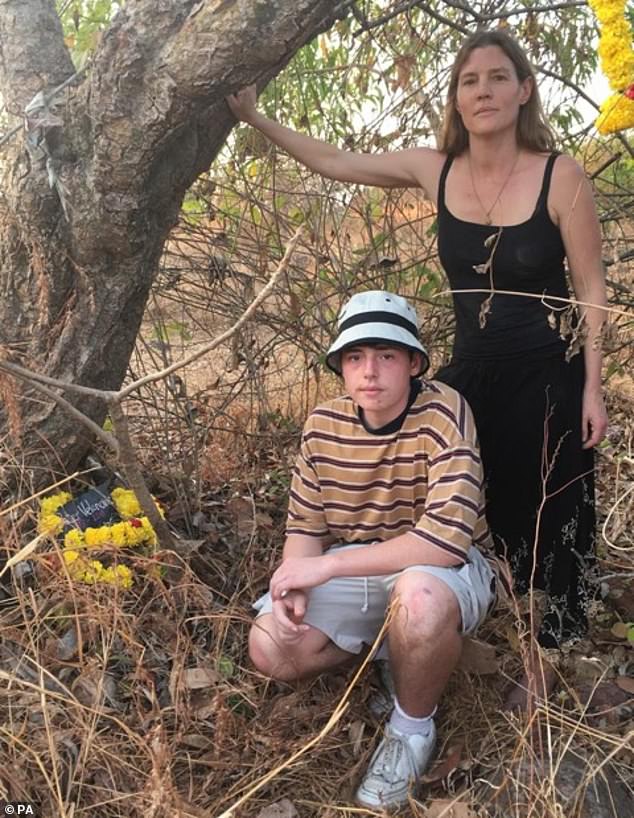 Owen Harding (pictured, with his mother Stella), then 16, left his home in Saltdean near Brighton following a lockdown-related argument on Thursday, March 26 last year 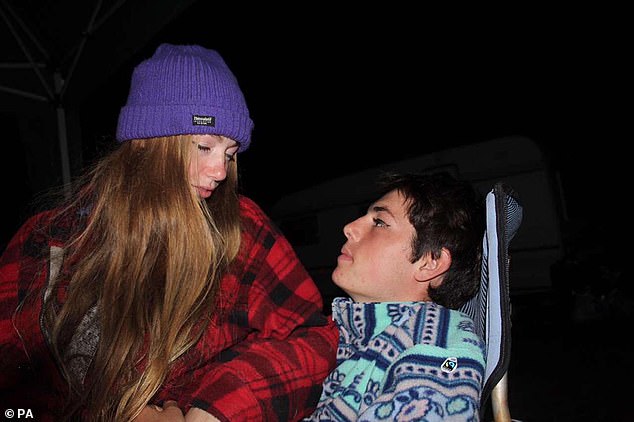 It’s thought he may have been trying to talk 280-miles to see his girlfriend (pictured, together) on the day he disappeared. Owen’s phone disconnected from a telephone mast at 6.23pm on March 26 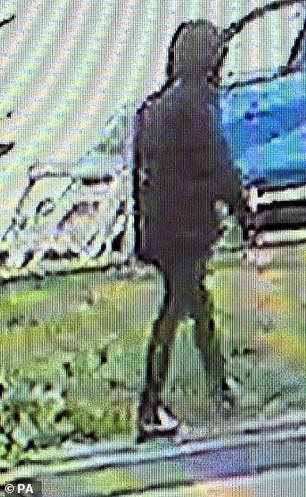 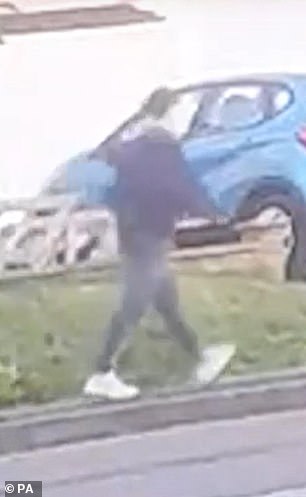 She adds: ‘It’s all a mess. We talk about protecting the vulnerable…I’ve lost my child. The worst thing that could happen to anybody has happened to me. So yeah I’m angry about lockdown being imposed on all of us.’

The single mother, whose son went missing during the first lockdown, explains how Owen, who was unsettled by the rules, had just confronted her over getting a train to see his girlfriend Meg Wells Rhodes, also 16, who lives in Pocklington, Yorkshire.

He called Meg as he walked towards the cliffs and they ‘cheered each other up’ before he said he would watch the sunset. But he hasn’t been heard from since.

‘Lockdown in our house was just really difficult,’ says Stella. ‘Owen kept on asking me, “Can I go to my girlfriends? I’d rather me there than here with you and my sister.” Fair enough, you know, but I knew it wasn’t allowed.’ 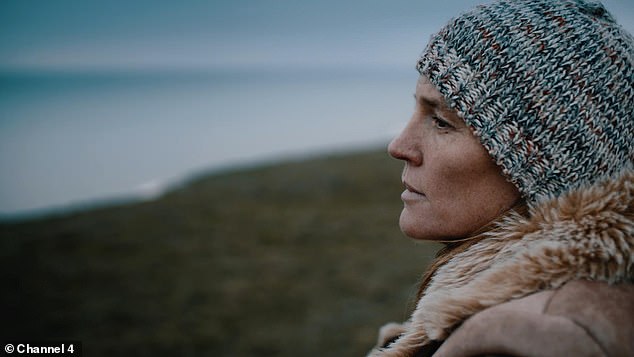 Owen’s mother Stella (pictured, during tonight’s show) says that lockdown in her house was ‘really difficult’ 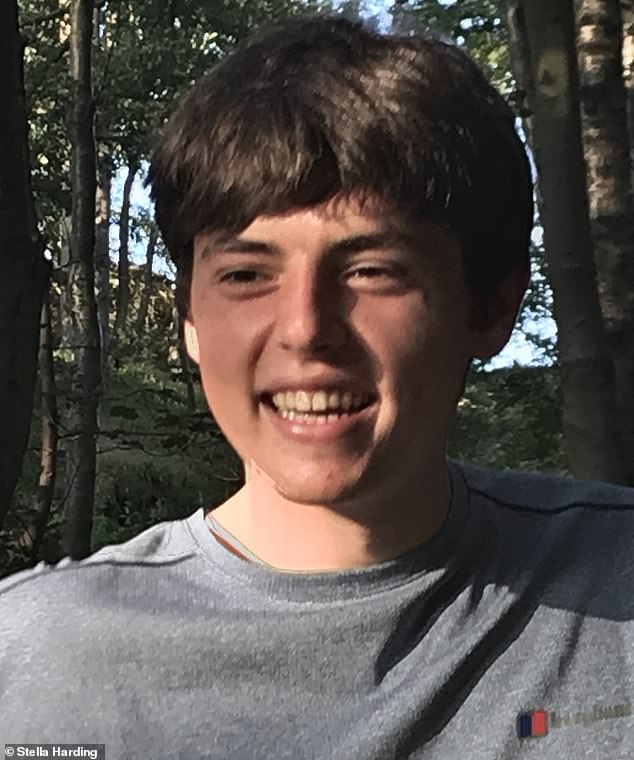 The single mother previously explained how Owen (pictured), who was unsettled by the lockdown, had just confronted her over getting a train to see his girlfriend Meg Wells Rhodes, also 16, who lives in Pocklington, Yorkshire 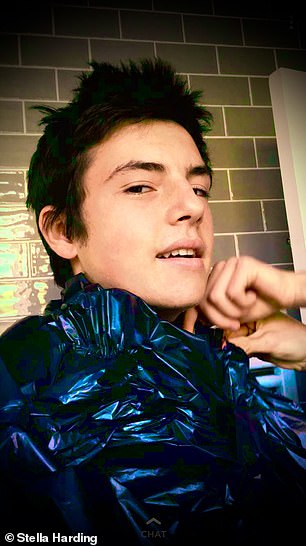 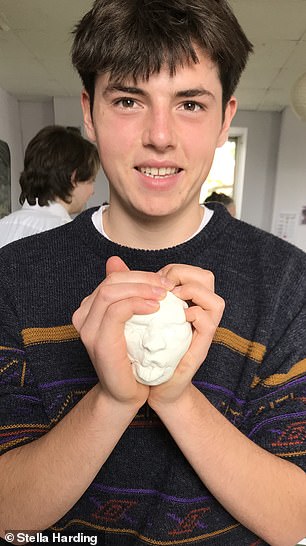 A massive search was launched in the area in a desperate attempt to locate the teenager (pictured, left and right)

‘I was concerned that he could spread the virus and it got really quite heated and I just said, “can you actually just stop talking about it. There’s no more discussion – that’s it.”‘

I thought, “great stomp it off – come back later.” The rules were the rules and we had to follow them, so I thought at the time.’

Stella continues: ‘Week after week, month after month, I sat outside in my front garden. I thought if Owen does come home I’m going to be here waiting for him when he comes home.’

‘It had been six months. There were searches going on. There were civilian searches. There were things going on online. It was all going on and all I did was wait by the fire. Just wait for my son to come home, but he didn’t. 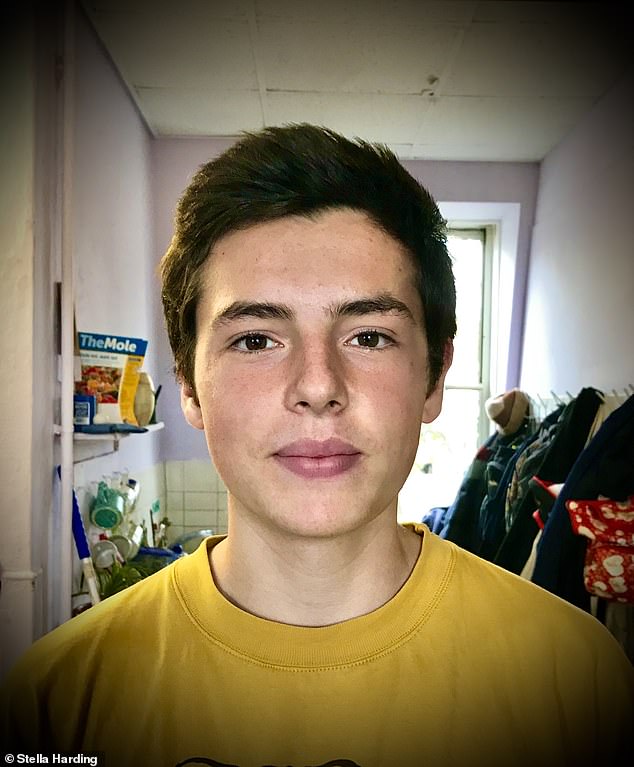 Stella says that ‘week after week, month after month’ she sat her front garden and waited for Owen (pictured) to come home – but he never did 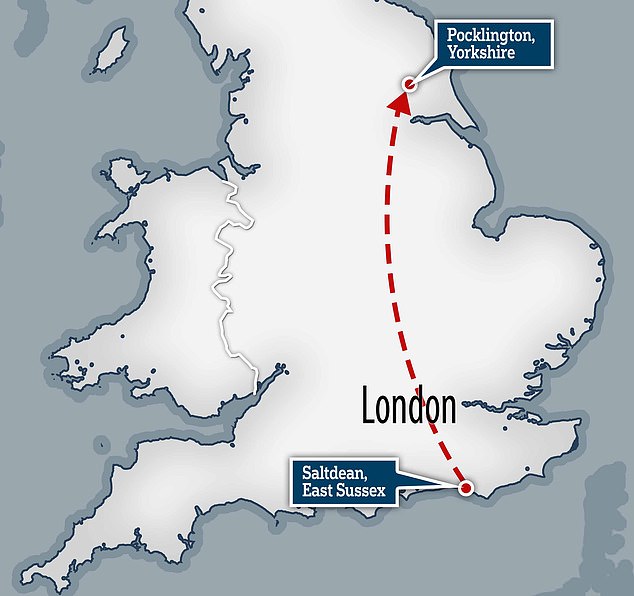 Meg, 16, believes her missing boyfriend could have been walking hundreds of miles to see her amid the Covid-19 lockdown (he would have had to travel from Saltdean, East Sussex to Pocklington, Yorkshire)

Stella previously revealed she and his girlfriend had been preparing for the possibility there had been a tragedy at the cliffs, the BBC reported.

Owen was last seen on CCTV heading towards the cliffs at 6.13pm. His phone disconnected from the mast at 6.23pm.

A massive search was launched in the area in a desperate attempt to locate the teenager.

More than 80 police officers took part along with hundreds of volunteers from the community. 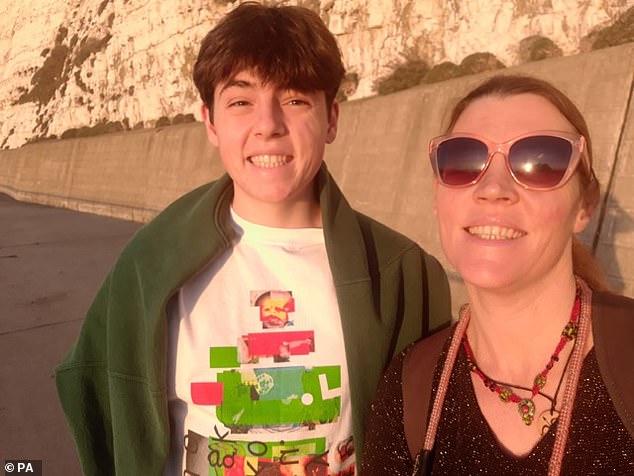 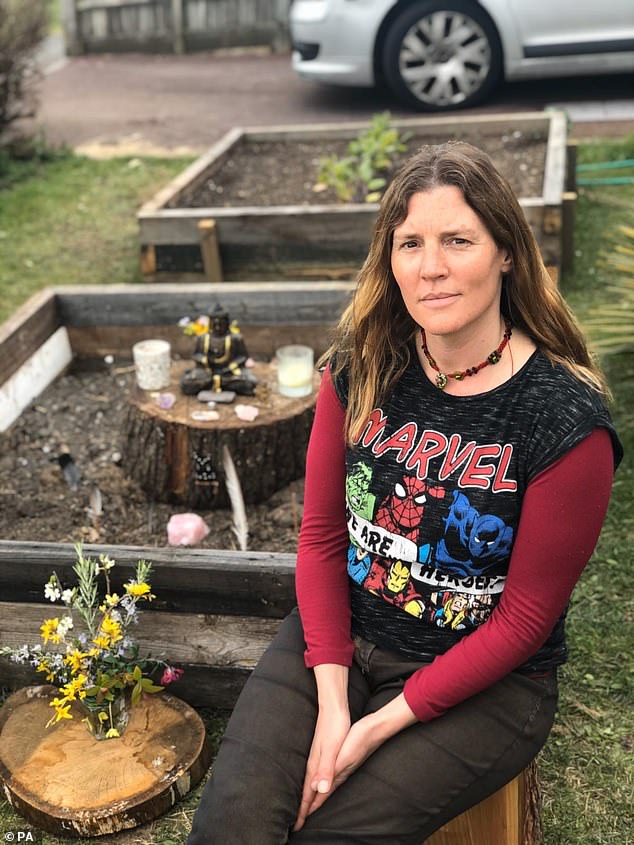 Celebrities also appealed for help finding the boy including BBC Radio 2 Breakfast presenter Zoe Ball and YouTuber PewDiePie. They both live in Brighton and Hove.

It was low tide when he vanished. Oceanographer Dr Simon Boxall, from the University of Southampton and who was enlisted by Sussex Police in the search, said the conditions at the time would have carried a body out to sea.

Officers searched as far as Dungeness, Kent, and sent alerts to forces in Europe.

If you have information about Owen’s whereabouts, report it to Sussex Police immediately either online or call 101, quoting Operation Chartwell. If you see Owen dial 999.