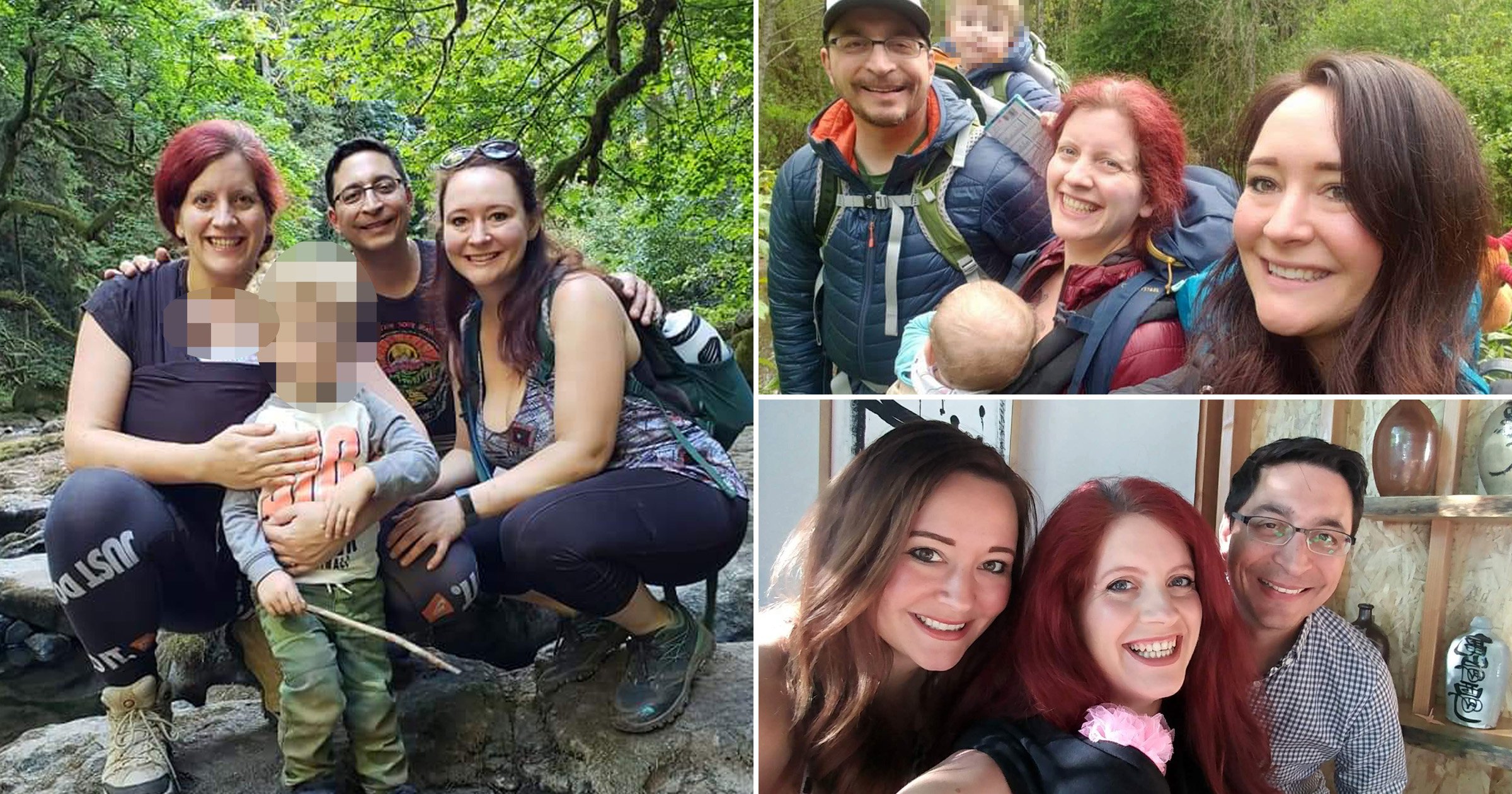 What’s better than having two ptarents? Perhaps it’s having three.

The throuple live together and are raising three children under the age of five in Oregon, US, and have shared the benefits of their setup.

The married couple fell for Tabatha hard, and soon enough, they became a throuple.

Alexis, who is a stay-at-home mum said: ‘Brian and I have never had a monogamous relationship.

‘I met Tabatha in 2016 on a dating site and introduced her to my husband.

‘They instantly hit it off too and we unintentionally became a triad.

‘Tabatha is so charming and wonderful. I would be surprised if anyone didn’t fall in love with her who knew her for any length of time.

‘We aren’t a couple with a girlfriend, we’re a three legged stool. The stool wouldn’t work without one of the legs.’

In September 2018, the trio purchased a three-bedroom house together, which they shared with Alexis and Brian’s son Andrew, then two years old.

That November, Alexis became pregnant with their second child, Michelle.

Completing the family is Joyce, who Tabatha fell pregnant with in June 2020.

Alexis said: ‘It was a very much planned addition to our family.

‘After I gave birth to Michelle we talked about how three children would be perfect.

‘Tabatha wanted to experience the rest of motherhood, carrying the child herself and everything.

‘So we decided she would give birth to our third baby.

‘They call me “mummy” and Tabatha “momma”.

‘The girls are too young to understand but I have told Andrew that there’s different types of families and that is ok.

‘All of our children know that we love them with all of our hearts and that’s all that matters.

‘They can seek comfort and care from any of us.’

Curious about how it all works? Alexis is happy to open up – and she’s keen to reveal the benefits of parenting as a trio.

‘We have a kingsize bed and Brian sleeps in the middle but there is a queen size bed in the spare room too,’ she said.

‘Living together works really well, they both work and support me to stay at home with the kids.

‘It’s amazing having an extra pair of hands around the house.

‘We don’t know how two-parent households do it.

‘We basically have four relationships under one roof as myself and Brian have a relationship, and each of us have an individual relationship with Tabatha then we all have one together.

‘We all have a shared Google calendar so we can schedule our time together and apart.

‘We manage to squeeze in two separate dates per month as one parent can look after the kids. A triad date is very rare.

‘There are probably people out there that think a throuple is all about sex.

‘It’s amazing having two important people in my life and the fact they love each other makes it so much better.’