Follow
Home » Lifestyle » NHS staff will be forced to get Covid vaccine with deadline for BOTH jabs by spring, Sajid Javid confirms

NHS staff will be forced to get Covid vaccine with deadline for BOTH jabs by spring, Sajid Javid confirms

FRONTLINE NHS staff WILL be forced to get both doses of the Covid vaccine by next spring, Sajid Javid confirmed today

The Health Secretary announced a "no jab, no job" crackdown for hundreds of thousands of doctors and nurses from April 1. 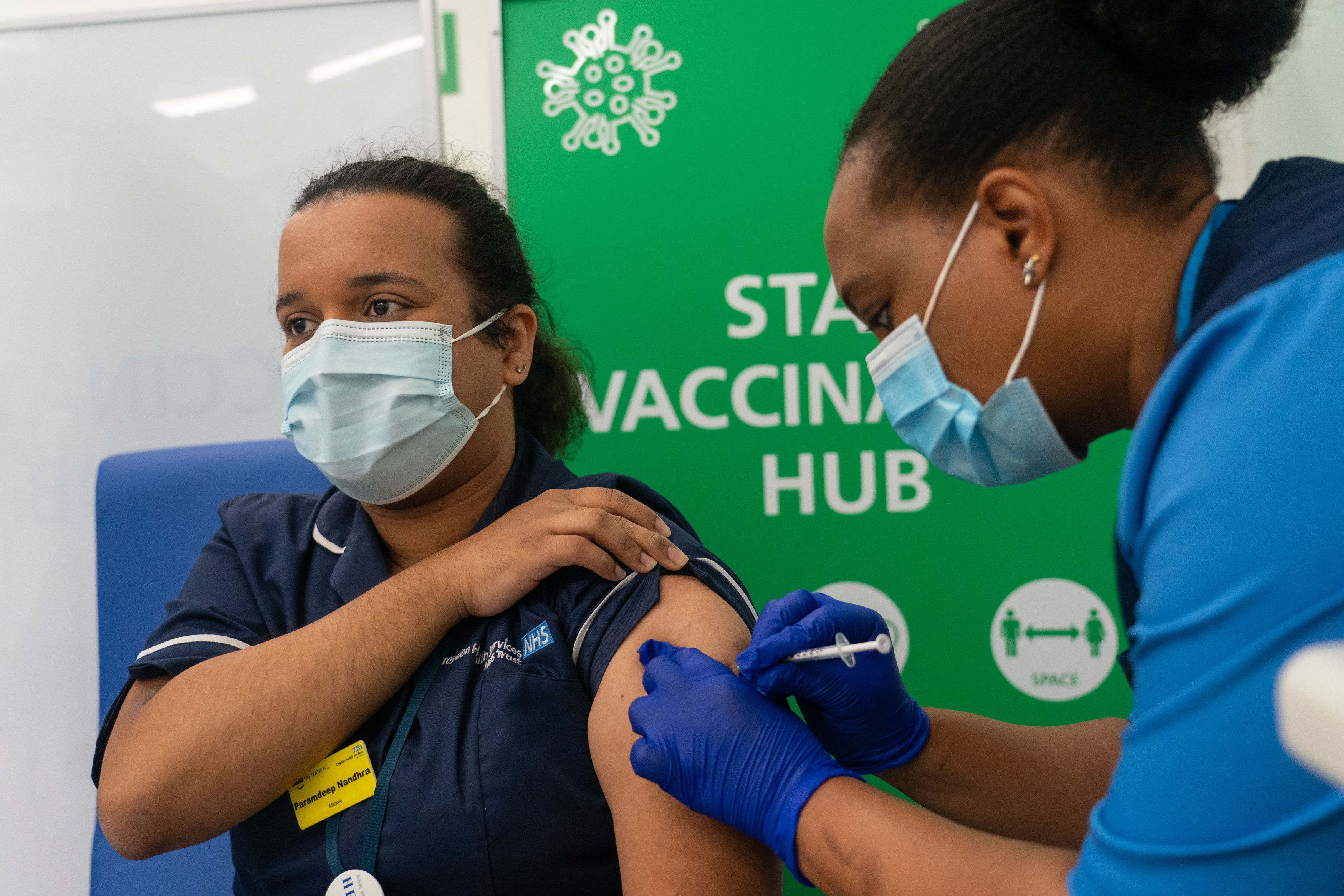 About 103,000 of more than 1.4million healthcare workers in NHS England have not yet had their first Covid jab.

Mr Javid told MPs: "Having considered the consultation responses, the advice of my officials and NHS leaders including the chief executive of the NHS, I have concluded that all those working in the NHS and social care will have to be vaccinated.

"We must avoid preventable harm and protect patients in the NHS, protect colleagues in the NHS and of course protect the NHS itself."

The decision follows a consultation which began in September and considered whether both the Covid and flu jabs should be compulsory for frontline NHS and care workers.

It's understood the flu jab will not be made mandatory – and there will be exemptions for NHS staff who can't get the Covid jab for medical reasons.

Scotland, Wales and Northern Ireland have not made any proposals to make Covid vaccines compulsory for NHS workers or care home staff.

An existing deadline for care home workers in England to be fully vaccinated, however, comes into place on Thursday.

The new “no jab, no job” policy will make the vaccine compulsory for all residential staff.

But Boris Johnson was yesterday urged to delay the rules amid fears it could spark a mass closure of care homes.

Worried bosses say up to 60,000 workers could be sacked from already under-staffed homes, leading to catastrophe.

Nadra Ahmed, of the National Care Association, warned: “We are at the 11th hour, and it is a ticking timebomb.

“The damage will be far reaching, but ­halting this now will help us get through the winter.”

Deputy Prime Minister Dominic Raab today said the Government must do "everything it can" to protect the most vulnerable in health care settings.

He told Good Morning Britain: “Both in the NHS and the care home setting the level of vaccination is now much, much higher than ever before, but ultimately we’ve got to make sure the lives of those people in those settings are safeguarded.

“That’s a difficult choice, that’s one of the many difficult choices we face in government. But I think we’d be getting a lot of criticism if we weren’t taking those decisions.”

Last month, Health Secretary Sajid Javid said he was leaning towards compulsory vaccination for NHS staff in England, saying it was the right thing to do to protect staff and patients.

He told the BBC he did not want the NHS to lose any staff, but said numbers taking up the vaccine in the social care sector "absolutely surged" after it was made compulsory.

NHS Providers, which represents the trusts which employ frontline workers, has previously said that vaccine mandates could encourage staff to get jabbed.

Chief executive Chris Hopson told the BBC employers wanted the deadline to be April 2022 at the earliest, to avoid the risk of losing staff when "we have a difficult winter coming up and the NHS is going to be absolutely at full stretch". 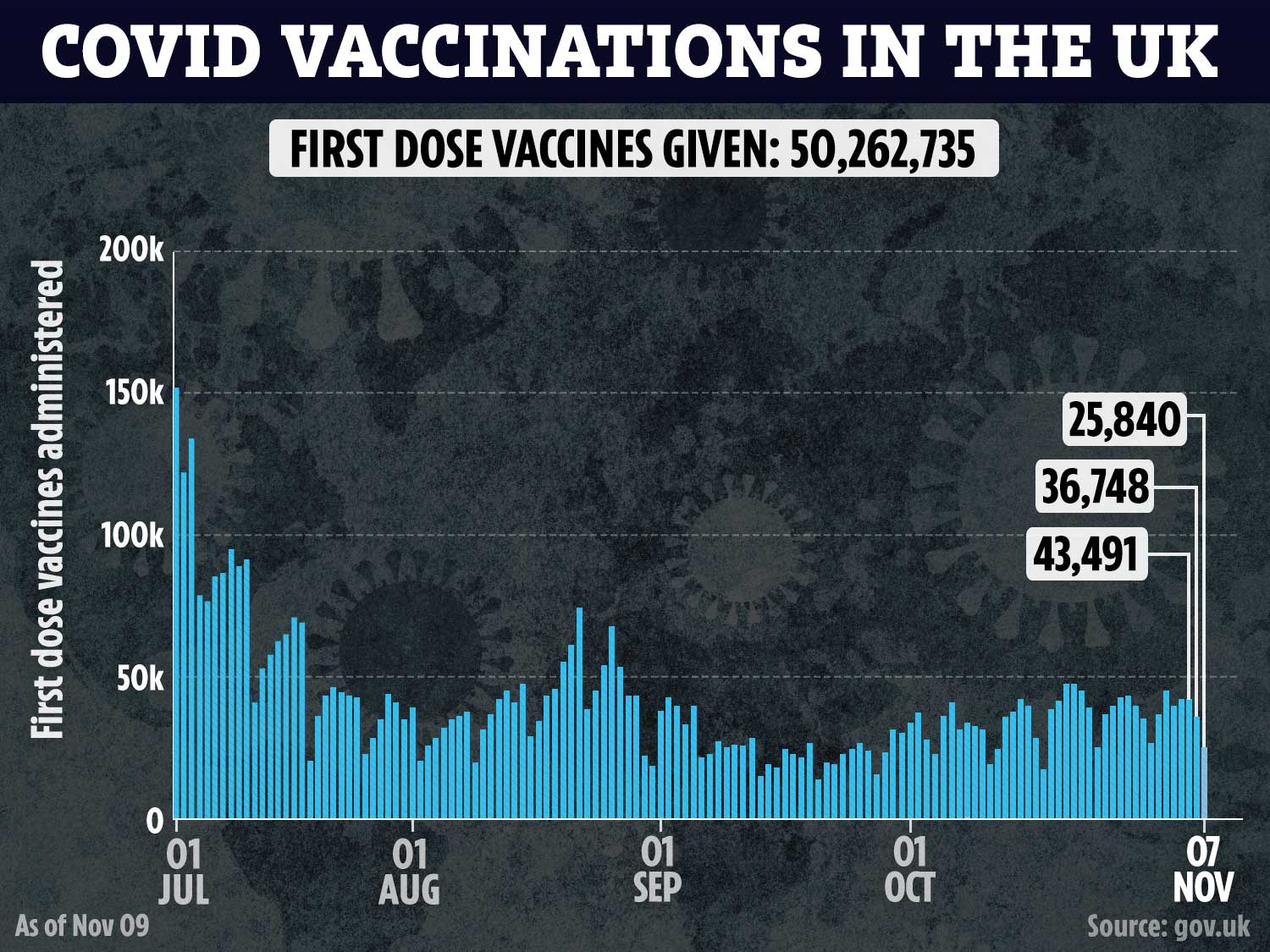