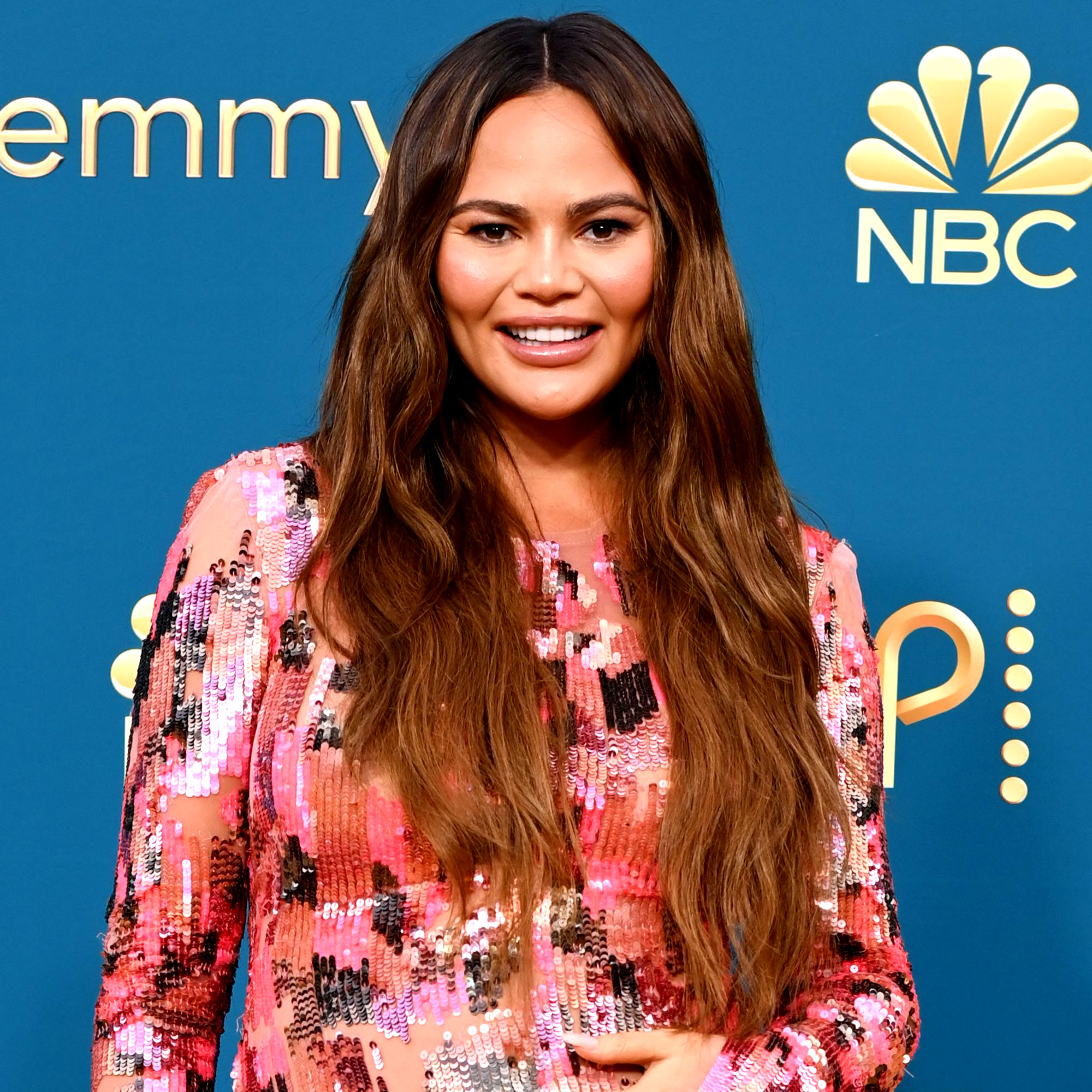 “I have lived the life of a spoiled rotten stomach,” the supermodel, 36, wrote via Instagram on Wednesday, October 12. “I could do ANYTHING to it — street meat, landlocked sushi, stuff that smelled off, 5 second rule floor food, ghost pepper contests, countless shots. And she was strong, my stomach.”

During her pregnancy, however, this has all changed. “Now, half of a single cherry tomato can take me down for 12 hours,” the Cravings author continued. “But I am still so happy to be your rental home, little baby!”

The Lip Sync Battle alum announced in August that she and husband John Legend are expecting a rainbow baby after losing son Jack in September 2020.

“The last few years have been a blur of emotions to say the least, but joy has filled our home and hearts again. 1 billion shots later (in the leg lately, as u can see!) we have another on the way,” Teigen wrote via Instagram at the time. “I don’t think I’ll ever walk out of an appointment with more excitement than nerves but so far, everything is perfect and beautiful and I’m feeling hopeful and amazing.”

The Chrissy’s Court host and the Grammy winner, 43, share daughter Luna, 6, and Miles, 4. In February, Teigen revealed that she was pursuing in vitro fertilization after her pregnancy loss.

“I wanted to let you guys know I’m balls deep in another IVF cycle to save as many eggos as I possibly can and hopefully make some strong, healthy embryos,” she wrote via Instagram at the time. “I humbly beg you to stop asking if I’m pregnant because while I know it’s said with excited, good intentions, it just kind of sucks to hear because I am the opposite of pregnant!”

Last month, the Sports Illustrated Swimsuit model opened up about losing Jack, revealing that she needed “medical intervention” to survive.

“Two years ago, when I was pregnant with Jack, John and my third child, I had to make a lot of difficult and heartbreaking decisions,” Teigen explained during Propper Daley’s “A Day of Unreasonable Conversation” summit in September. “It became very clear around halfway through that he would not survive, and that I wouldn’t either without any medical intervention. Let’s just call it what it was: It was an abortion.”

The cookbook author initially called her pregnancy loss a “miscarriage,” but she said she realized “a few months” prior that she’d had an abortion.