A little-known feature of a stapler hidden in plain sight has blown the minds of millions on TikTok.

Krista Marie, who goes by the handle @kristamarie1982, shared a video titled ‘Can someone explain what the point is?’ and pointed out the dual function of the small metal piece – the strike plate – on the stapler. 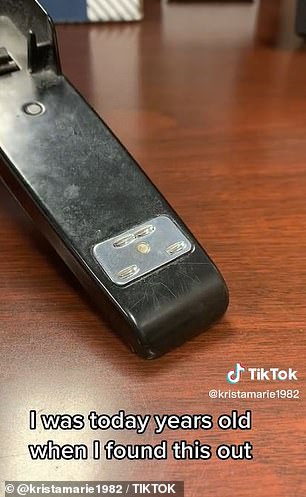 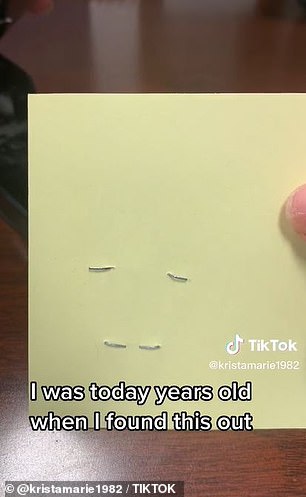 TikToker Krista Marie, who goes by the handle @kristamarie1982, revealed the double purpose of the metal plate on a stapler (left). In the clip she pointed out the size difference of two staples once the plate has been turned around (right) 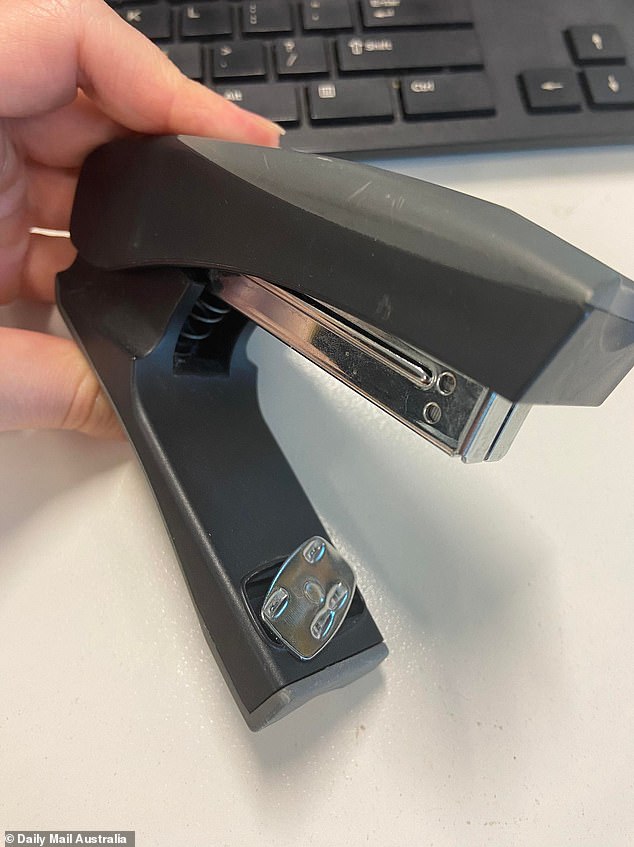 The twistable plate (pictured) changes the length of the staples, with the longer version designed to temporarily ‘pin’ a stack of papers together

She begins by stapling a sticky note together then pushes out the small piece of metal to twist it around.

Krista staples the same sticky note again to compare the length difference of the two staples – with the second being nearly twice the size than the other.

The video has since been viewed a staggering 18.2million times, with many explaining the function to those still baffled by the plate’s purpose.

‘The first one is for “permanent” staples while the second one is for “temporary” stapling,’ she wrote.

Others seemed just as bewildered by the lesser-known tip.

One woman wrote: ‘I immediately grabbed my stapler and it worked omg.’

‘I always wondered what was the purpose of turning it,’ one man wrote, another said: ‘I did not know this. What?!’

But others criticised Krista for not knowing the ‘hack’ sooner.

‘Clearly you haven’t been bored at your workplace often,’ one person wrote.

‘This might be the most obvious thing in the world,’ another said.

A third added: ‘Wow I’m surprised people didn’t know that, just the look of it is self explanatory.’

Dancing Queen! Maxima of the Netherlands wows Aruba with her moves