If the Koh-i-Noor diamond symbolises anything, it’s that history is complex. By removing it from the Coronation, we’d be rushing down a slippery slope writes PROFESSOR ROBERT TOMBS

Like the flicker of fire within a diamond, the prospect of a glorious Coronation for King Charles next spring is a sparkle of light in these gloomy times.

Something truly unique in the national calendar, a ceremonial event no other country in the world can match. This ought to be an uplifting prospect, one to unite the country and banish our woes.

How miserable it is, then — albeit sadly predictable — that a tiny minority of voices are already tarnishing the occasion by kicking up a fuss about one stone: that fabulous but controversial diamond, the Koh-i-Noor, meaning ‘the Mountain of Light’.

One of the grandest and most valuable gemstones in the world, it is the centrepiece of the dazzling Queen Mother crown.

According to royal sources, it had been the King’s long-held ambition, since he married Camilla in 2005, that she would wear this crown on his Coronation day.

In doing so, she would follow in the longstanding tradition set by Charles’s grandmother, Elizabeth; by King George VI’s mother, Queen Mary, before her; and by Queen Alexandra in 1902.

As the Mail reports today, all signs suggest that tradition is now to be broken, with a different crown having to be selected instead — all thanks to the agitation of a motley crew of woke obsessives. 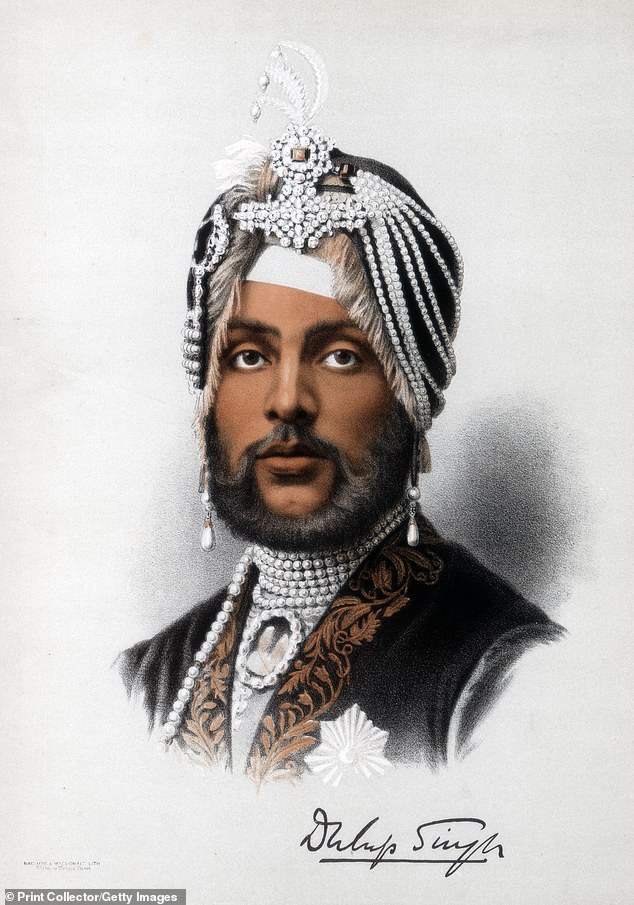 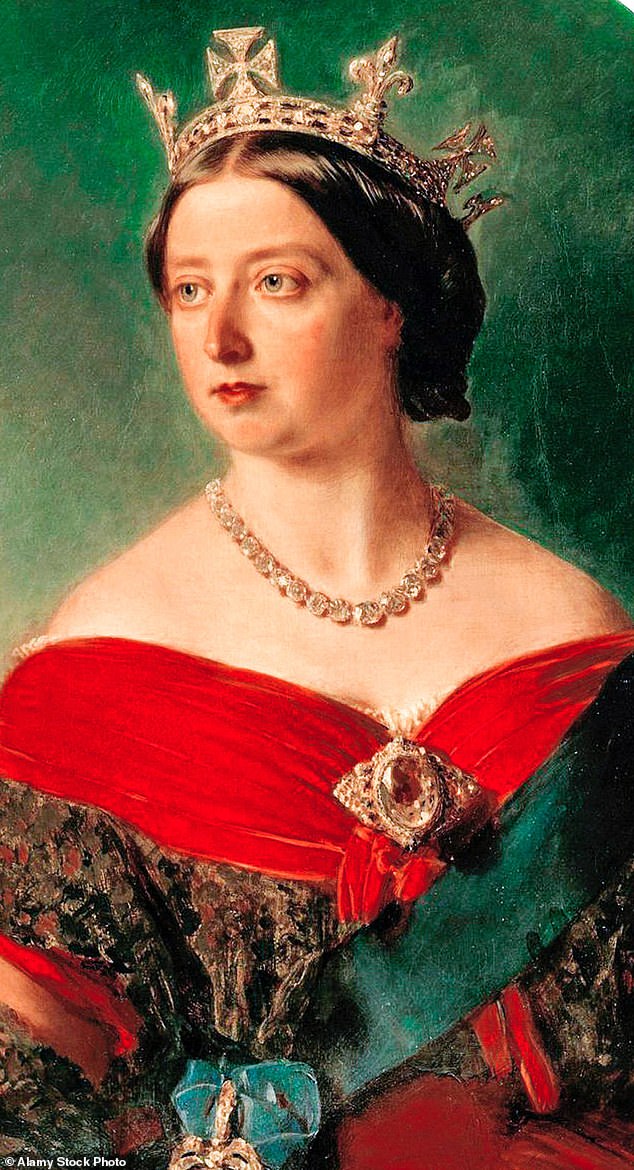 The inevitable next step will likely be a clamour for the diamond to be ‘returned’ to India, from where it was mined — in spite of the absence of any good historical reason, and regardless of the risks posed by setting such a precedent.

To those who hate Britain and its history, the campaign is a simple one: they see the West as responsible for all the evils of the world, with the British Empire most guilty of all. And thus, any trace of that tainted past must be banished from our social fabric.

In their version of reality, slavery and imperial exploitation underpin all the UK’s wealth and government. They claim Britain’s culture is founded on racism and that we must all be punished for the sins of the past.

And, worryingly, their influence over public institutions — from our museums, to academia and even our statues and street names — is growing fast, as this latest debacle over the Koh-i- Noor demonstrates.

Let me be clear: we must resist this pernicious nonsense. 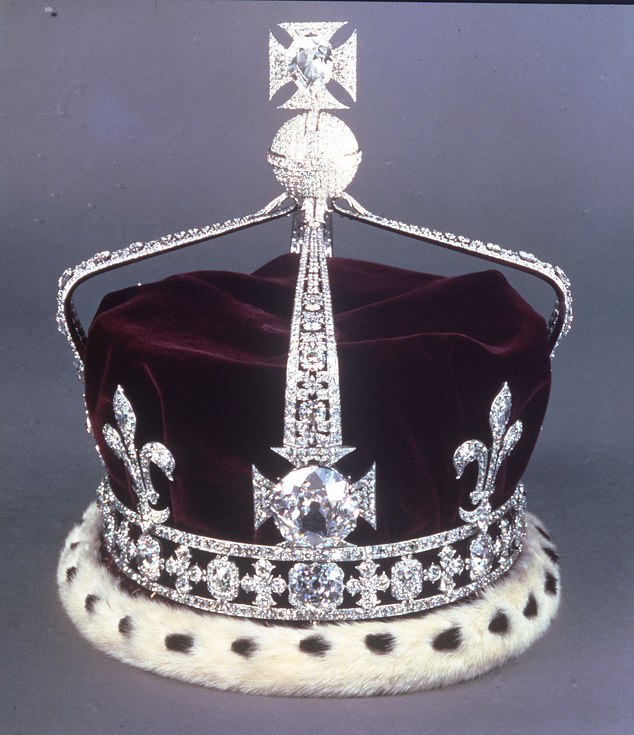 The Koh-i Noor, meaning ‘the Mountain of Light’ is one of the grandest and most valuable gemstones in the world. It is the centrepiece of the dazzling Queen Mother crown (pictured) 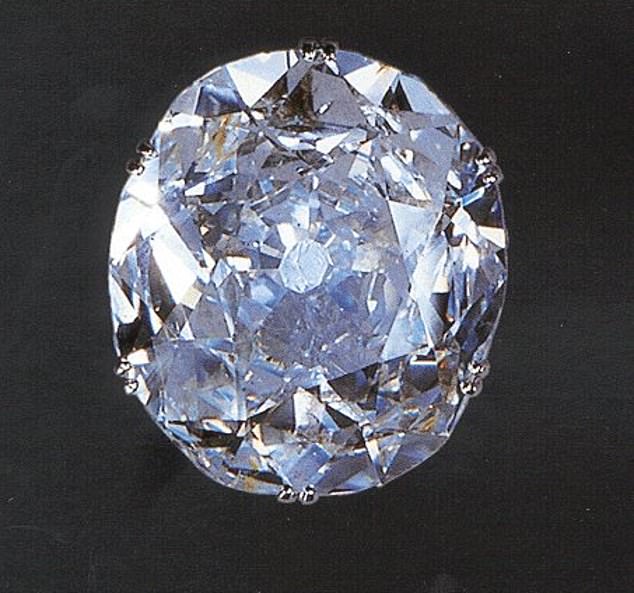 The Palace’s likely decision to remove the diamond from the Coronation is, in my opinion, deeply worrying

The Palace’s likely decision to remove the diamond from the Coronation is, in my opinion, deeply worrying. Because, once we concede that one artefact is a symbol of national guilt, we’ll soon be rushing down a slippery slope.

The reality of the past is infinitely more complex than the woke mob would have you believe, of course.

History is steeped in injustice, slaughter, robbery and brutal power grabs. But it was never one-sided. To lay all the blame on one nation, or one race, is dishonest, especially when it also means denying the good that was done in the process.

My lifelong hope has been that, through a deeper understanding of the past, we will learn to make the present better.

It truly saddens me to see ignorant or cynical partisans spreading falsehood under the cloak of history.

The best antidote is to examine the facts. And the facts about the Koh-i-Noor are particularly fascinating.

This enormous stone has been rumoured for centuries to bear a curse, first recorded by a court chronicler in 1628, when the diamond was set at the top of the Mughal Shah Jahan’s throne. This jewel-encrusted seat of power was sculpted to resemble a peacock with its brilliant tail spread like a kaleidoscopic fan.

It took an army of craftsmen seven years to make. The Koh-i-Noor, the size of a small hen’s egg and weighing just over 105.6 carats (21.2g, or about three quarters of an ounce) glowed in the bird’s head. Probably discovered about 1,000 years ago in the Kollur Mine in southern India, it is one of the world’s biggest gems. 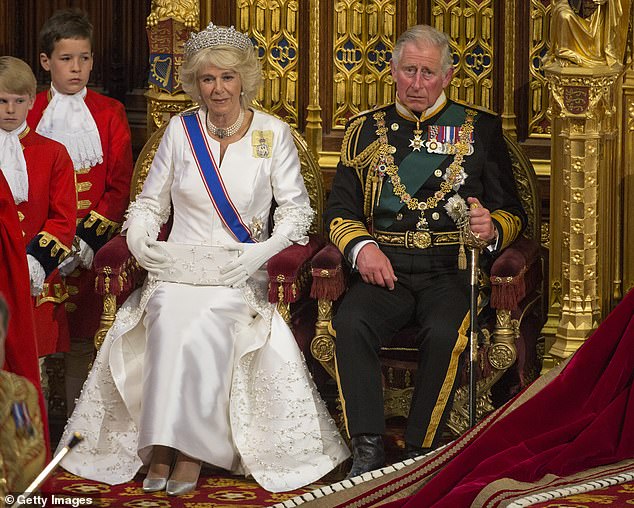 According to royal sources, it had been the King’s long-held ambition, since he married Camilla in 2005, that she would wear this crown on his Coronation day. Pictured: Charles and Camilla attend the State Opening of Parliament in 2015

Somehow or other, in its half-forgotten past, a curse emerged from Hindu legend: ‘He who owns this diamond will own the world but will also know all its misfortunes. Only God, or a woman, can wear it with impunity.’

Just over a century later, in 1739, the Shah of Persia invaded India. After a battle that left 30,000 dead, he plundered the Mughal’s treasury and carried off the throne —along with so much gold, silk and other riches that it took 700 elephants, 4,000 camels and 12,000 horses to transport it all.

Then, in 1813, the diamond changed hands again, when it was siezed by the Sikh ruler Ranjit Singh, styled the Maharajah of Lahore and the Lion of the Punjab. He died when his son, Duleep, was just five years old and, although his widow vainly attempted to hold his empire together, wars broke out.

By 1849, the British ruled the Punjab, and the Koh-i-Noor, sealed inside an iron safe within a red despatch box, was brought to the UK.

Contrary to George MacDonald Fraser’s hilarious 1990 novel Flashman And The Mountain Of Light — in which the protagonist smuggles the diamond and Duleep Singh out of India — Duleep travelled to Britain alone, and presented the gem to Queen Victoria personally. 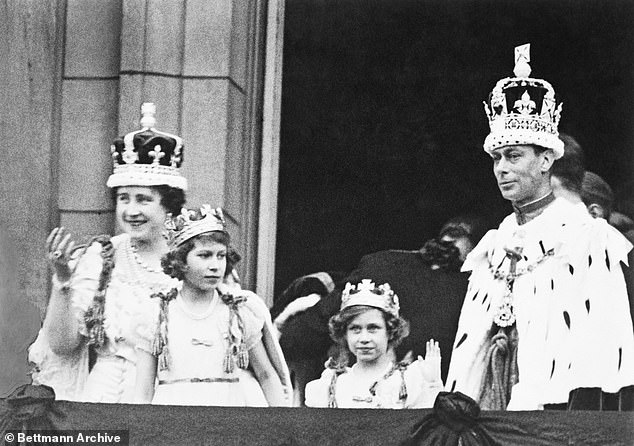 Queen Elizabeth (pictured here with the late Queen, her sister Margaret and King George VI) wore the crown without its arches at the State Openings of Parliament during the reign of King George VI, and again at the coronation of her daughter, Queen Elizabeth II, in 1953

The Queen, however, never much liked the stone. Neither did the general public. When it went on display at the Great Exhibition of 1851 an editorial in The Times complained that it looked like ‘a piece of common glass’.

Prince Albert ordered it to be recut, increasing its brilliance but reducing its size. But Queen Victoria, who could be superstitious, felt uncomfortable wearing it because of the curse.

She rarely touched it, though sometimes wore it as a brooch and ordered it should become part of the Crown Jewels on her death —with the stipulation that no man must ever wear it.

If the Koh-i-Noor symbolises anything, it is that history is a complex business. Anyone casting an eye over the corkscrew provenance of the diamond will be struck by one question: if Britain does not own it, then who does?

The previous owners were the Sikh despot Ranjit and his family. But he was also ruler of Lahore, which is now the second largest city in Pakistan.

Does the diamond belong by rights to Sikhs in India, or to modern-day Pakistan?

Before Ranjit seized the diamond, it had been the property of the Persians in the mountain territories that now form part of Afghanistan. Perhaps the Taliban could have a claim over the Koh-i-Noor? 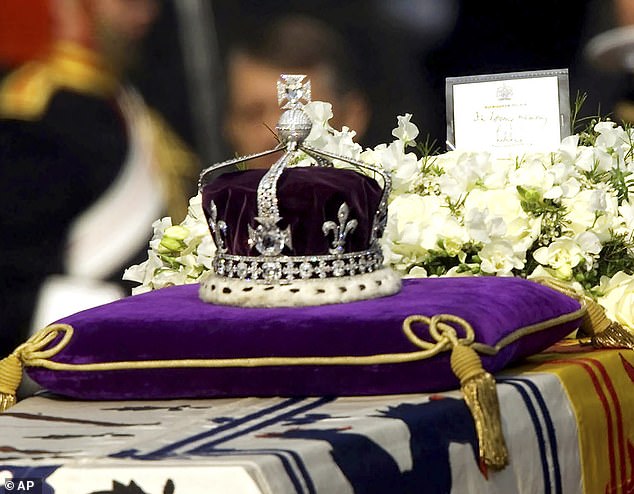 Plans for the Queen Consort to be crowned using regalia  (pictured: The Queen Mother’s Crown on her coffin while she lie in state in 2002) containing the controversial Koh-i-Noor diamond may be axed because of ‘political sensitivities’, it has been reported

Right at the start of this great tale, the Mughal Shah Jahan’s peacock throne stood in Delhi, which is partly why some people insist the diamond belongs to India —although the Mughals were Muslim, and India is now run by a Hindu nationalist government.

But the fact is that giving away this priceless jewel to Delhi would do no practical good to the billion or more inhabitants of India.

It would, however, mark a hammering humiliation for Britain — and it would endanger innumerable other national treasures.

Hand over the Koh-i-Noor, and we would have no logical defence against campaigns to give the Elgin Marbles to Athens, the Benin Bronzes to West Africa, the Rosetta Stone to Egypt, and much more.

Collections would be scattered to the four corners of the earth. Museums would be stripped. Academics would lose the chance to study the most intriguing objects ever found.

Millions of ordinary people who flock to museums from around the world would never have the chance to see them.

And then, what next? The mob would turn on the next perceived historic ‘wrong’ — likely something they have yet even to think of — and destroy that, too.

But the fact is, however much blood has been spilt over the Koh-i-Noor, as it changed hands throughout the centuries, the wrongs of the past can never be destroyed.

We must respect the facts and stop this childish pretence that all the blame lies in the present.