Follow
Home » Lifestyle » RHOC’s Emily Simpson: How I Lost Weight and Learned to ‘Embrace’ My Body

A healthy attitude. Emily Simpson got real about her weight-loss journey and accepting her body in her 40s.

Celebrities’ Weight Loss Transformations: Before and After

“I spent, like, two years working out with a personal trainer just to try to get in really good shape and get my weight down. Middle age and the whole hip thing and not being able to work out and not move did not do me any favors at all,” the Real Housewives of Orange County star, 45, exclusively told Us Weekly on Wednesday, January 12, referring to her 2019 hip replacement. “Then, I had a little bit of surgery. I did have, like, a little lower facelift to kind of get my jawline back. I got my implants taken out. Now it’s just consistency and it’s finding the time.”

While Emily remains committed, she finds ways to treat herself. “I still work out with my trainer several times a week, and I’m gonna be 46. I just do the best I can,” she noted. “It’s about balance. I mean, I still like to drink champagne and eat cupcakes and go out to dinner, but I try to work out as much as possible to kind of … I don’t wanna be miserable. I mean, I wanna do all those things, so I just try to keep it, like, a healthy balance.” 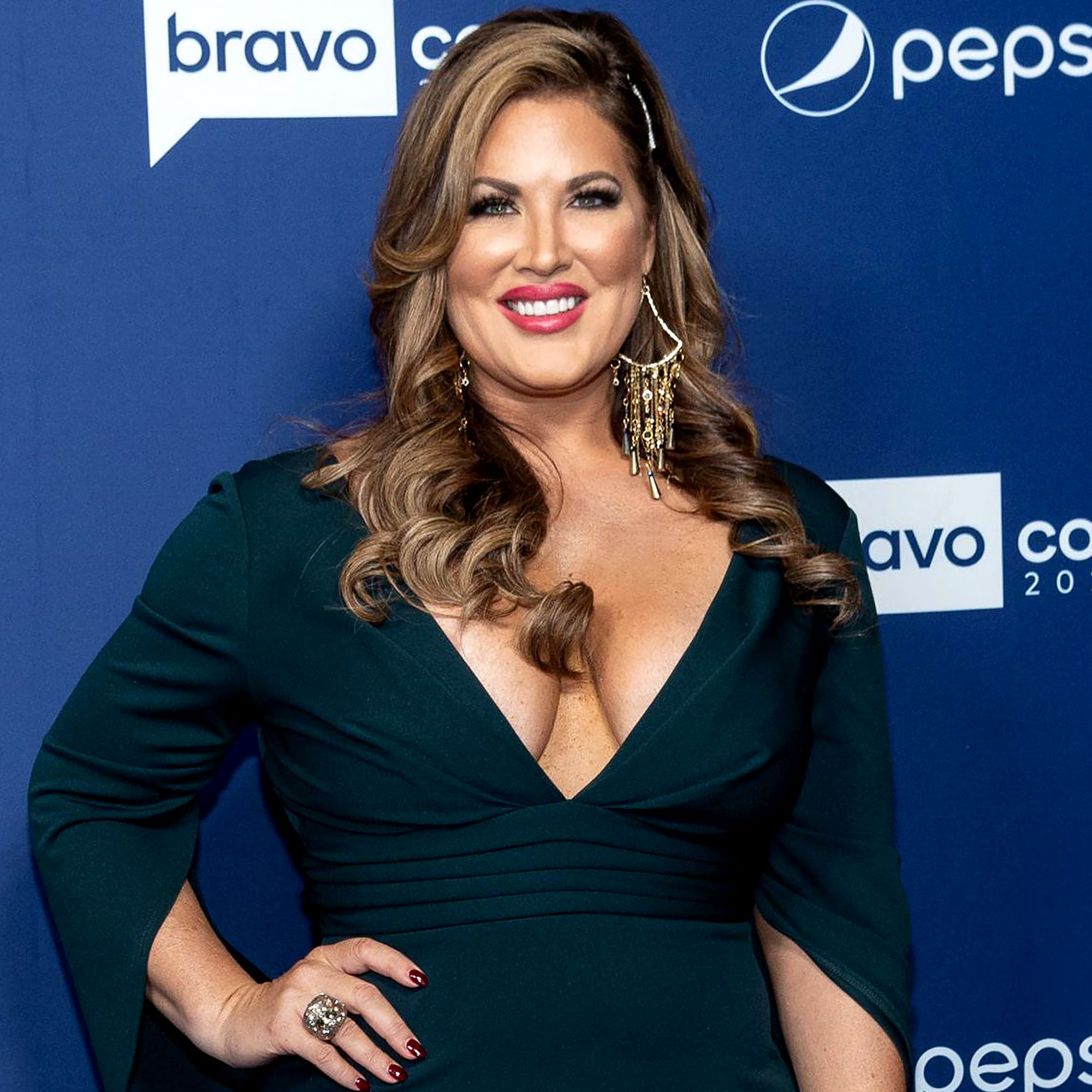 The reality star has noticed a shift in her body as she gets older, but she is adapting. “I think you have to just kind of embrace where you are in life, and our bodies change,” she explained. “I can tell I’ve changed. My metabolism has changed, and it just kind of is what it is. I’m just bigger than I used to be in my 20s and 30s, and that’s OK.”

Real Housewives’ Plastic Surgery: Before and After

She added: “I’m happy. I’m healthy. My kids are healthy. My relationship with my husband is good. I wish my butt were a little smaller, but what am I gonna do? I can’t have it all.”

Emily — who shares daughter Annabelle, 8, and twin sons Luke and Keller, 6, with husband Shane Simpson — shared that she does not let the scale dictate anything. “I really don’t pay attention to numbers very much,” she told Us. “I do pay attention to sizes and stuff, so I wish I was, like, a size smaller, but I don’t know if that’s ever gonna happen. I just feel like my body just kind of is happy where it’s at. It just likes it where it is.”

As for whether the attorney would undergo more surgery in the future, she is open to the idea.

“I feel like I’ve done everything I need to do right now,” she divulged. “I could see myself maybe five years from now, like, doing a whole facelift or something. I don’t know. I mean, I’m not opposed to any of it. I think women should do whatever it is that they wanna do that makes them feel great about [themselves]. And so that’s why, a lot of times you’ll get comments — it’s like, ‘Blah, blah, blah, you do this, you do too much.’ And it’s like, well, who’s to say? It’s everyone’s own personal choice what they wanna do to feel confident.”

Emily unveiled her 16-pound weight loss in August 2020, sharing via Instagram at the time that she was “no longer categorized as ‘obese.’” Three months later, she showed off before-and-after pictures of her slimmed-down figure.

The Real Housewives of Orange County airs on Bravo Wednesdays at 9 p.m. ET.