A Melbourne performance artist who had public funding pulled for a controversial work that showed them attempting to conceive a baby by self-injecting donor sperm is seeking court orders to require the Australia Council to divulge further information about its decision.

Casey Jenkins won a $25,000 grant from the nation’s premier arts funding body to produce the work Immaculate, announcing it in The Age in August 2020. But the body withdrew the money in October that year, just hours after Sky News commentator Peta Credlin unleashed on the proposed work on air. 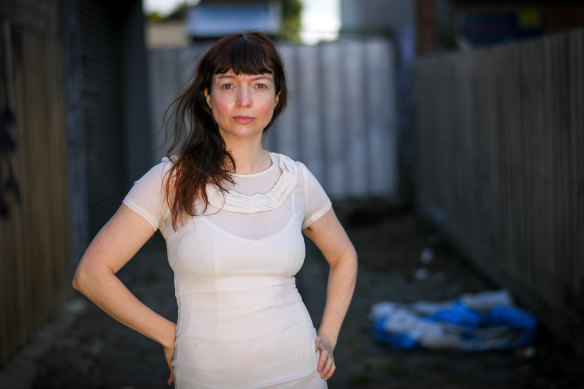 Jenkins intended the work to offer commentary on the disadvantages imposed on women in the art world, and prejudice against queer pregnancy and conception. She is suing the Australia Council for discrimination in a case that encompasses damages, defamation and breach of contract.

In a hearing in the Federal Court on Wednesday, the artist’s lawyers argued insufficient documents showing communication around the decision to cancel funding had been provided, and more could be expected to exist.

Launching their legal action, Jenkins said the Australia Council had discriminated against them and damaged their career and prospects on “ethically suspect” grounds. In court documents, Jenkins claimed funding was abruptly cancelled due to the council’s fear of the reaction from unnamed individuals “within and/or external to Australia Council”.

Emrys Nekvapil, representing Jenkins, told judicial registrar Amilia Edwards that the council had not complied with standard discovery because the document search had been inappropriately narrow. He argued the body could be required to acquire relevant correspondence from its directors and former directors.

He said only a fraction of the emails sent by the Australia Council to Jenkins had been provided, and rejected an estimated cost of $2.4 million to do a comprehensive search for emails, online conversations and texts, including between the body and the office of former arts minister, Paul Fletcher.

But Meg O’Sullivan KC, acting for the Australia Council, said the application for further and better discovery of documents was “a fishing expedition” for information about “the real reason” the action to cancel Jenkins’ funding was taken and if that were due to perceived public backlash.

She argued that was not discriminatory, and the council’s lawyers were fishing for information about an “incredibly tenuous” link. O’Sullivan said it was not the case that the Australia Council pulled funding because of government intervention.