Tia Mowry Tells Cory Hardrict 'I Love You' Amid Divorce

Keeping it civil. Tia Mowry was open about still having love for Cory Hardrict even in the midst of their recently announced divorce.

Tia Mowry, Cory Hardrict Were Together for 22 Years Before Split: Timeline

After the Sister, Sister alum, 44, thanked her fans for their support in an Instagram post on Monday, October 10, her estranged husband, 42, replied in the comments section with a black heart and sparkle emoji. Mowry reacted in turn, writing “I love you” in response to her ex’s comment.

The Twitches actress announced her split from Hardrict on October 4 after 14 years of marriage, citing irreconcilable differences as the reason for the split. “I have always been honest with my fans, and today is no different. I wanted to share that Cory and I have decided to go our separate ways. These decisions are never easy, and not without sadness,” she wrote via Instagram at the time. “We will maintain a friendship as we co-parent our beautiful children. I am grateful for all the happy times we had together and want to thank my friends, family and fans for your love and support as we start this new chapter moving forward in our lives.”

Later on Monday, Mowry implied that she’s turning over a new leaf following the breakup, sharing a video that showed her sitting on a bed in a white bathrobe. “This chapter of my life is called ‘My Turn,’” read text over the clip. In a caption, she added, “I am love. I am peace.”

The former Disney star and the S.W.A.T. alum met in 2000 while filming the movie Hollywood Horror. After six years of dating, they got engaged on Christmas Day 2006 and tied the knot two years later. 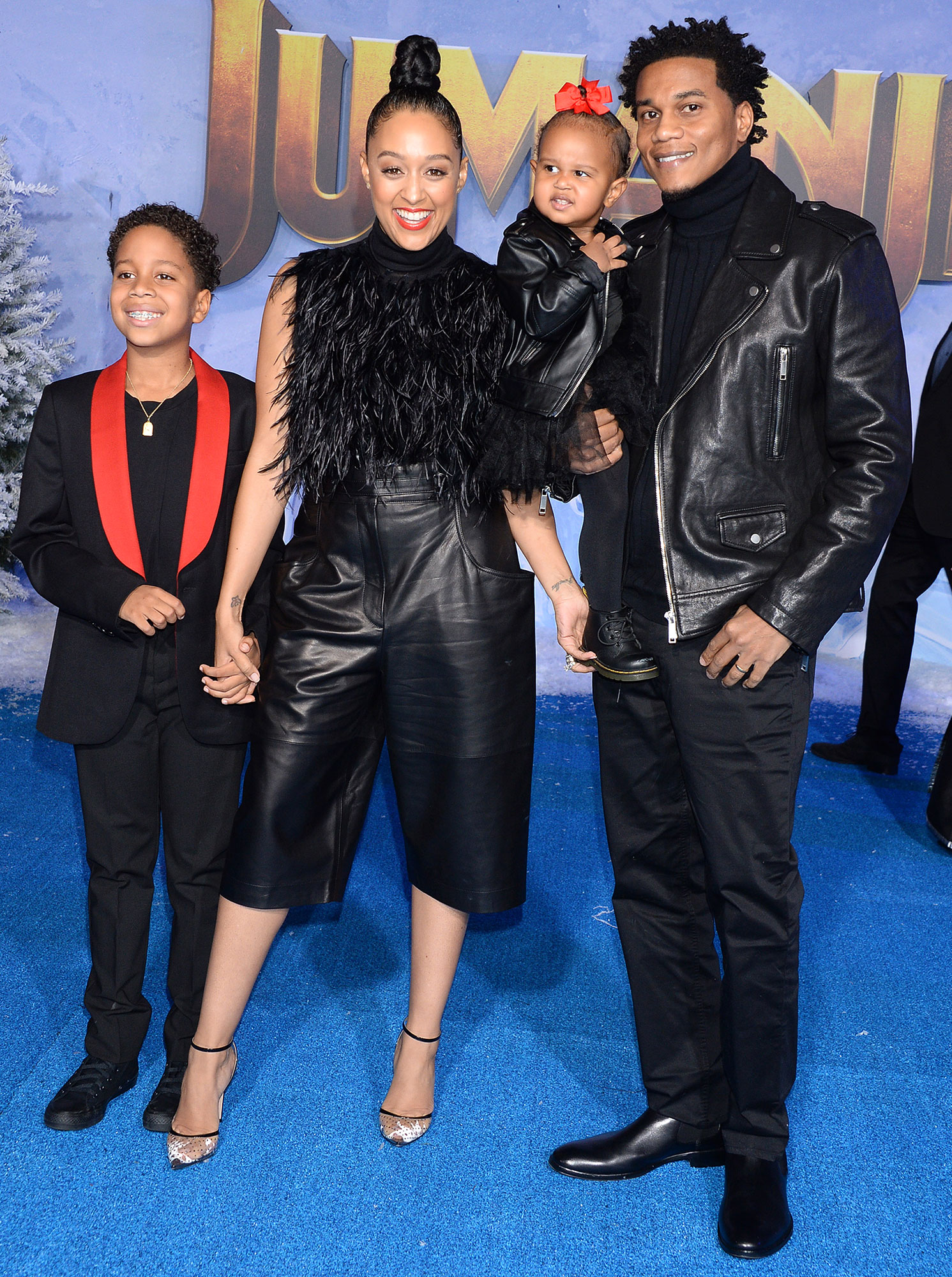 Last month, the Family Reunion star told Us Weekly that she and Hardrict had no immediate plans to expand their family. “I feel like having a boy and a girl is perfect, and I’ve always been really open with my struggles with infertility, so I just feel blessed with everything that I need,” she explained on September 21. “Now it’s all about setting my children up for a happy life.”

‘Sister, Sister’ Cast: Where Are They Now?

The estranged couple haven’t specified what led to the breakup, but earlier this month, Hardrict slammed rumors that he’d cheated on his partner. After Mowry announced the split, Instagram users flooded a post that the All American: Homecoming star shared one day earlier.

After one social media user commented, “He cheated on her,” Hardrict replied, “Lies!”

Mowry, for her part, hasn’t publicly responded to speculation about infidelity. One day after the split announcement, her twin sister, Tamera Mowry-Housley, said that she’d be there for her sibling no matter what. “I support her. So, whatever she wants, the Mowrys have her back,” the Masked Singer alum, 44, said during a Today show appearance. “I love her dearly.”