AROUND 813,000 jobs have been lost since the start of the pandemic as a further 56,000 were out of work last month, according to new figures.

It means the total number of workers who don't have a job now stands at 1.67million, reports the Office for National Statistics (ONS). 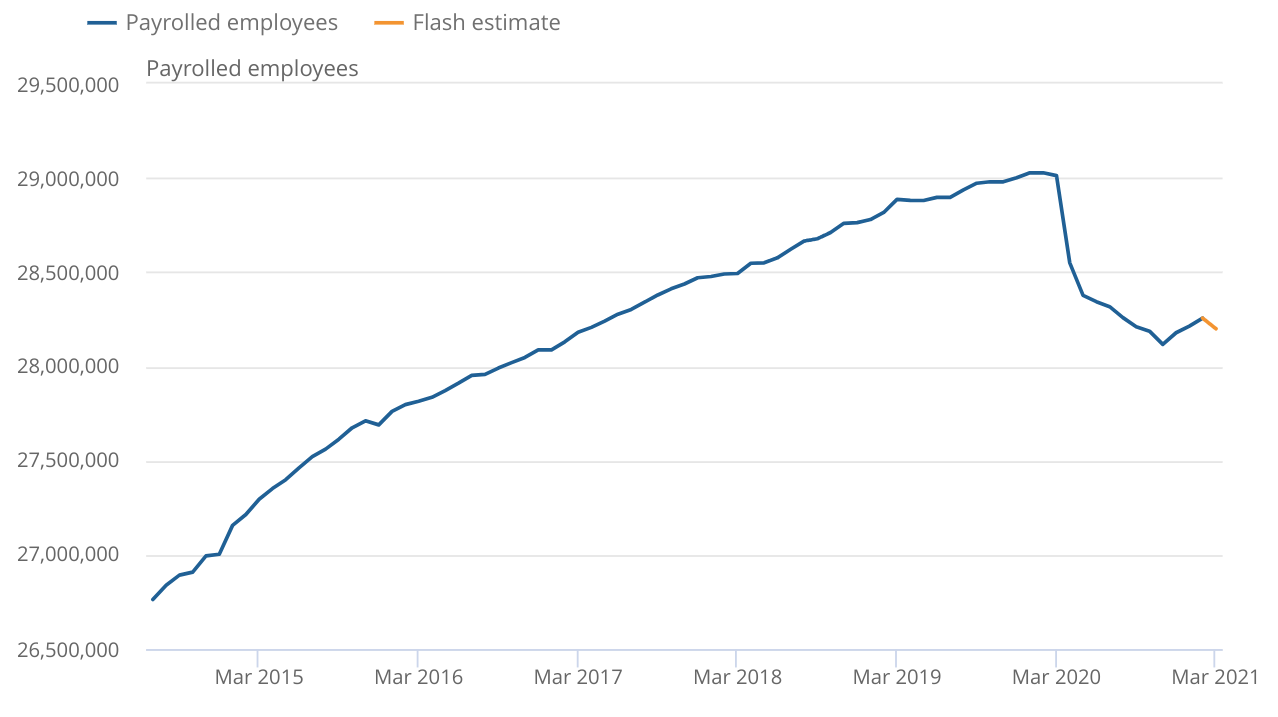 But overall, the rate of unemployment dropped from 5% in February, to 4.9% compared to the previous quarter.

It's the second month in a row that unemployment has fallen.

The drop has been unexpected as the UK spent the majority of the quarter in a coronavirus lockdown, where millions of non-essential businesses were forced to close.

But the coronavirus crisis has decimated 813,000 jobs since the start of the first lockdown in March 2020.

Number of job vacancies on the rise

Promisingly, the number of job vacancies has jumped to 607,000 in January to March this year as businesses looked to reopen after lockdown.

In February, non-essential retail, such as clothes and homeware shops, were told they could reopen from April 12.

Pubs and restaurants have been allowed to welcome back customers too, but only for outdoor table service.

Despite this, there are still 22.7% fewer job openings than this time last year.

The ONS estimates that around 7.3 people per thousand employees were made redundant between December 2020 and February 2021.

This is down from the record high of 14.2 people per thousands employees witnessed in the previous quarter, between September to November 2020.

Darren Morgan, director of economic statistics at the ONS, said: "The latest figures suggest that the jobs market has been broadly stable in recent months after the major shock of last spring.

"The number of people on payroll fell slightly in March after a few months of growth.

"There are, though, over 800,000 fewer employees than before the pandemic struck, and with around 5million people employed but still on furlough, the labour market remains subdued.

"However, with the prospect of businesses reopening, there was a marked rise in job vacancies in March, especially in sectors such as hospitality."

But the number of men out of work dropped by 0.2% compared to the last quarter, while there was no change for women.

Around half of UK workers have suffered pay cuts in real terms due to the coronavirus crisis, according to research.

But promisingly, millions of young workers will get a pay rise of £345 from this month, as the National Living Wage increases.

The national living wage is different to the real living wage, which is a voluntary amount that companies choose to pay their workers.