Follow
Home » Lifestyle » Was everyone else too busy? Why Australian Idol’s new judges are a big let-down

Was everyone else too busy? Why Australian Idol’s new judges are a big let-down

We have to assume everyone else was taken. There’s no other explanation for the four judges who were announced today for the Australian Idol reboot.

Seven announced Idol’s return all the way back in October 2020, which has been memory-holed as part of our Great National Forgetting of COVID times. The only Delta we’d heard about back then was the one who performed Kids with Robbie Williams at the AFL grand final on the weekend. 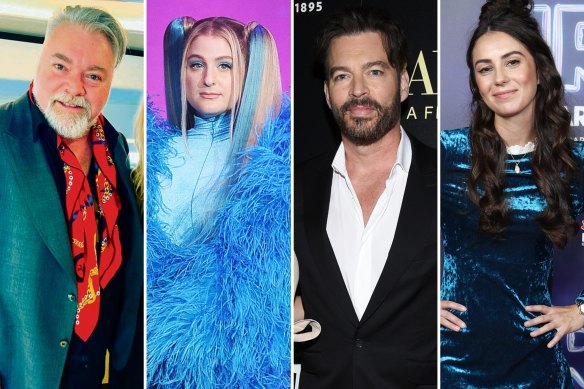 Maybe they had some superstar judges lined up in 2020, only for the long, dark march of the pandemic to strip them away – but going off this announcement, it must be a tough market for judging talent on the international reality TV singing competition circuit.

The original judging panel in 2003 had a pop star-turned-successful producer (Mark Holden), a record industry exec who knew how to sell artists (Ian “Dicko” Dickson) and an incredible singer with a long career of live performances (Marcia Hines). What does the new group bring? 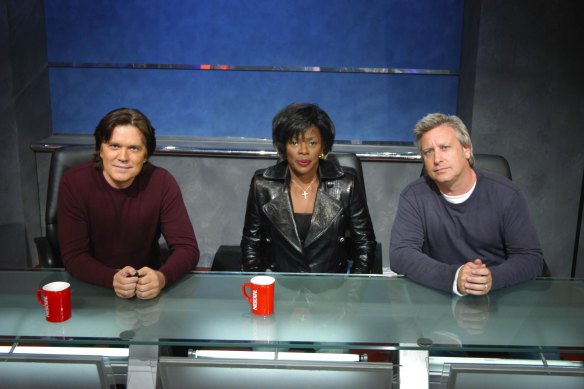 Connick Jr. is familiar to Australians over 35 thanks to various TV appearances, particularly on a Hey Hey, It’s Saturday reunion special in 2009, when he pointed out that blackface is racist to an utterly confused Daryl Somers. A great performer, but it’s been a while since he had a hit song.

Meghan Trainor had a hit single in 2014. She is now doing collaborations on TikTok, which must be a big part of why Seven brought her in. Amy Shark is one of a rare breed: a successful Australian musical act who didn’t get their start on the original Australian Idol or at church. Can she bring value to aspiring artists trying to make it? We’ll find out. She at least has had two number one Australian albums in the past few years.

The biggest surprise – and let-down – is that they actually brought Kyle Sandilands back. The man who wasn’t good on the original Australian Idol. Who was sacked from it. And who has already been a judge on two other reality shows.

There is no evidence to suggest Sandilands is popular on TV. He has made negative comments about contestants’ weight and people with disabilities. His last TV foray, the 2019 show Trial By Kyle, did not get renewed.

In August Sandilands grumped that people were “woke” because they complained when he said monkeypox was “the big gay disease floating around”. Does Seven want a star complaining about “woke” people when the key impact of the original Idol was how it showcased Australia’s diversity and launched the careers of local Indigenous, Asian and Pasifika stars?

At a time when Australian TV was whiter than Katy Perry’s face, Idol created a pipeline to success for diverse talent that actually represented the local community. In following years, Jessica Mauboy, Casey Donovan, Emily Williams, Stan Walker, Chanel Cole, Amali Ward, Lavina Williams, Anne Robertson and others made their names on the show.

There’s none of that diversity in this judging panel. There’s no Marcia Hines this time around. Other Australian singing shows have had judges like Kelly Rowland, Mel B, will.i.am, and Seal. International stars like Boy George, Joel and Benji Madden, Joe Jonas and Ricky Martin have all popped up on The Voice.

Then again, maybe this is a good thing.

Singing shows now put so much focus on the judges that the contestants are just window-dressing for their personalities and performances. (Try naming four winners of Australia’s Got Talent, The X Factor or The Voice – it’s not easy.)

Australian Idol’s track record of creating actual stars of its contestants is unmatched in recent television history. Maybe this collection of judges is just the thing the show needs to give the talent the space to shine.