The National Indigenous Music Awards were alive with the music and power of Archie Roach on Saturday night, as First Nations artists delivered an emotional tribute to the legendary Gunditjmara-Bundjalung songman one week after his passing.

“We won’t cry,” sang acclaimed soul singer Emma Donovan, who recently joined Roach on his final national tour. “Oh, we will lift our spirits high. Up to the sky.” 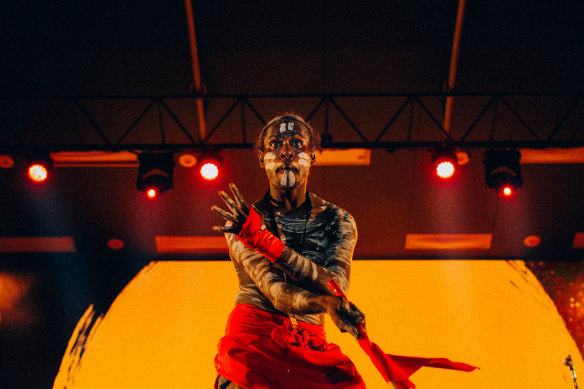 The previous night Donovan had also paid tribute to Roach with a soulful rendition of Simon and Garfunkel’s Bridge Over Troubled Water during her set at the Darwin Festival.

“If there’s anything I’ve learnt from them two beautiful people [Roach and his late wife Ruby Hunter] it’s that you can say what you need to say in a song,” she said. “Sometimes you don’t need to talk.”

The tribute on Saturday night was a necessary last-minute addition to the awards ceremony – an event that was already significant as the first NIMAs held in front of a live audience since 2019. And Roach wasn’t the only legend being honoured, with Yolngu artist Dr G Yunupingu (known best as Gurrumul) also inducted into the NIMAs Hall of Fame.

Dr G, who had been named artist of the year seven times before his death in 2017 (and once posthumously in 2018), was tributed with a performance by fellow Saltwater Band founder Manuel Dhurrkay.

But the event itself was far from sombre. This was a celebration of First Nations talent, both past and present.

Yolngu rapper Baker Boy (real name Danzal Baker) was the big winner of the night, being named artist of the year and also taking out the award for album of the year. His debut album Gela, a vibrant and self-assured “celebration of survival”, reached number three on the ARIA charts on its release in October. 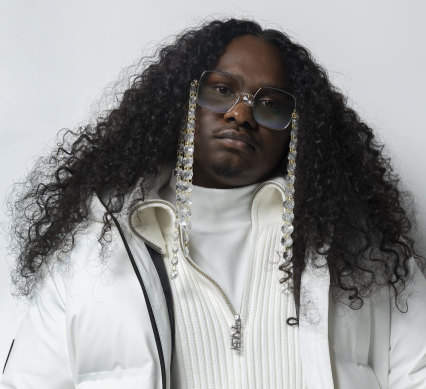 Unfortunately Baker Boy was not present at the awards as he was overseas. He was one of three winning artists to send an acceptance speech via video. Other notable absences from the event included Jessica Mauboy and Thelma Plum – both of whom were originally slated to perform, but had to pull out due to sickness.

The award for song of the year also went to a Yolngu act, with surf-rockers King Stingray winning for their infectious hit Milkumana. The five-piece band (who easily got the biggest cheers of the night from the crowd), also performed a lively set to close out the ceremony featuring tracks from their self-titled debut album which dropped on Friday.

Milkumana was a fitting choice for best song in the end; as guitarist Roy Kellaway (son of Yothu Yindi bass player Stuart Kellaway) has previously said, it’s about “role models and the importance of setting good examples for the new generation”.

As these awards show, that new generation is a particularly exciting one. Gumbaynggirr and Bundjalung indie-pop artist Jem Cassar-Daley, the 21-year-old daughter of country legend Troy Cassar-Daley, won the award for new talent of the year. And Malyangapa and Barkindji rapper Barkaa, who was also nominated in the category, took home the prize for best film clip.

Barkaa’s winning video was for King Brown, which was also nominated in the category of best song. The clip shows off her incredible stage presence – think: Australian Missy Elliot – and explains why she’s been dubbed “the new matriarch of Australian rap”.

Filipino-Aboriginal rapper Dobby also received the Archie Roach Foundation Award for emerging artists and performed his own version of We Won’t Cry via pre-recorded video. It was a timely reminder of how the much-loved songman’s legacy lives on.

When Roach set up the foundation in 2014, he said he hoped to “be a signpost for others, to walk alongside and empower them to tell their story through the arts to point them in a deadly direction”.

ARTIST OF THE YEAR

SONG OF THE YEAR

Backseat of My Mind – Thelma Plum

Made For Silence – Miiesha

ALBUM OF THE YEAR

Emma Donovan & the Putbacks – Under These Streets

Jem Cassar-Daley – I Don’t Know Who to Call

NEW TALENT OF THE YEAR

FILM CLIP OF THE YEAR

COMMUNITY CLIP OF THE YEAR

Doomadgee, QLD – Where We Wanna Be – Indigenous Outreach Project

Ballarat, VIC – Don’t Give Up On Yourself – Indigenous Outreach Project