Why this Broadway legend embraces failure

Many people would have given up, but not Stephen Schwartz. When, by the age of 24, the composer and lyricist had three hit musicals (including Godspell and Pippin) running in New York simultaneously, he never imagined a quarter-century drought would follow, before Wicked finally showered him with fresh Broadway success in 2003.

“I didn’t really know how to deal with it,” he says of that wilderness period. “I hadn’t yet assimilated that some things work and some things don’t.” He was also yet to learn that shows can be revised and revived. “I didn’t know, for instance, when my show Working in the late ’70s initially failed on Broadway that, with some revision, it would go on to many, many productions, and still be a staple 40 years later. I just thought, ‘Oh, that’s it. It’s over.’” 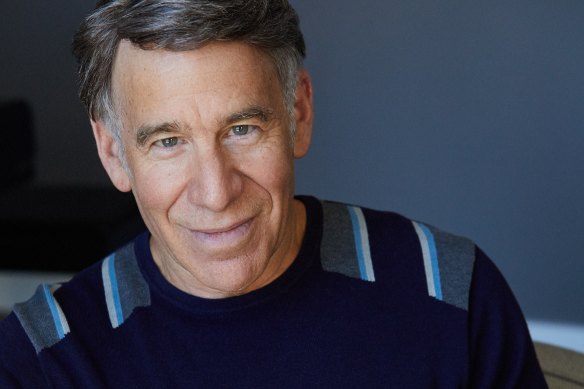 Stephen Schwartz: ‘I just always strive to do the best I can with my collaborators.’Credit:

Schwartz once said that he couldn’t think of anything “as destructive to creativity as the fear of failure”, and continues to live by that maxim. “Nobody likes failure,” he tells me on the telephone. “I’ve certainly experienced my share, and it’s never fun, but it isn’t something I fear, which is a different thing … I just always strive to do the best I can with my collaborators on any given project, and it’s become increasingly important to me as I have gotten older to enjoy the experience.

“If it’s successful, of course one is happy about that, but that’s sort of gravy, if you know what I mean. If one fails it’s very disappointing for a while, but you look back and say, ‘Well, at least I had a good time with my collaborators.’ We had something we wanted to try to do, and sometimes you get closer than others, but it’s always a positive experience, regardless of the outcome.”

The young Schwartz worked as a record producer before throwing himself into the lion’s den of New York theatre. Both Godspell and Leonard Bernstein’s Mass (for which he wrote the libretto and co-devised the structure) had fiendishly tight deadlines, and then director Bob Fosse famously tried to iron him out of the Pippin rehearsals altogether. 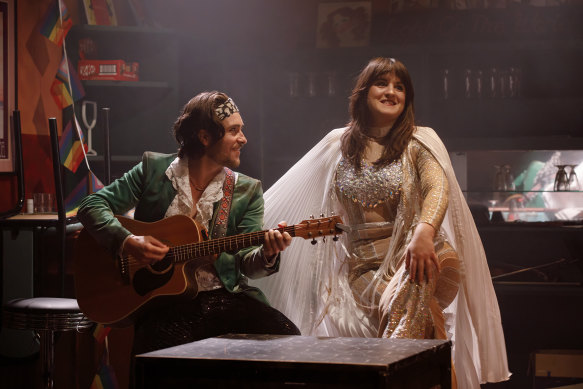 Schwartz believes a good collaboration exceeds the sum of its participants. “But it is something one has to learn how to do well,” he says. “I don’t think I was particularly great at it when I first started… The tension and conflict of point of view between Bob Fosse and myself ultimately produced a better show than might have happened if either of us had completely gotten our way. But certainly I think I would have handled that process much, much better now than I did when I was 24.”

“It’s learning not to be threatened by change … It’s also learning how to listen and be open to looking at things from somebody else’s point of view … More than anything for me it has been learning to relax, and trust and enjoy my collaborators, and not feel so precious about my own ideas or my own specific picture of what a show is going to be when I start out.”

He also hones relentlessly. One song in Wicked had four distinct precursors before being finalised when the show was already in rehearsals. “Your unconscious is working away even when you don’t realise it,” he says, “and suddenly a solution for something will pop into your head almost unbidden. That’s not to say that you’re not doing a lot of hard work just sitting in a room with a blank piece of paper, or sitting at a keyboard trying to have something come out of your fingers, but it’s why I enjoy the process.”

He’s currently producing the music for the movie of Wicked, and is happy the stage show’s returning to Sydney, where Godspell is being revived right now. Besides its launching his career, he treasures Godspell because of its openness to reinvention.

“For this production in Sydney, the director, Richard Carroll, called me about the way the show opened,” Schwartz says, “and wanted to try something different. We discussed it via email, so I know there’s some experimentation there. The character of Jesus is being played by a female actor, and while it’s certainly not the first time that that’s been done, it’s not that usual. So those are two things that will reinvent the show.”

Besides painting idealistic and sentimental visions of life, there’s a pragmatic and stoic side to Schwartz that was already there when he wrote in Pippin: “There’s no colour I can have on earth that won’t finally fade”. He says he’s always been aware of impermanence: “But one learns to live in the moment as much as possible, and appreciate what’s there because you know nothing lasts forever, including oneself.”