A mother-of-two who survived two violent relationships before choosing to wed a man who had spent 20 years in prison for marrying his ex wife says she’s been ‘judged’ for her choices.

Stephanie Garcia, a parole case manager from Santa Rosa, Texas, fell for the charms of Gerardo Castaneda just a month after he was released from prison in 2007, after serving 20 years for the murder of his first wife in 1996.

The couple were married just seven months after meeting but Castaneda left Garcia a year later, leaving her feeling ‘preyed upon’ and ‘manipulated’.

She’s defended abuse received on social media for marrying a murderer when she’d already endured violence at the hands of two of her ex partners, saying: ‘He had 20 years in prison to spend thinking about how he was going to treat a woman when he got out.’

The 49-year-old says that because of her experiences of domestic violence in her previous relationships, she’s become ‘desensitized’ to abusive behaviour and didn’t initially see his past as a reason not to date him – saying he showed ‘remorse’ for his crime. 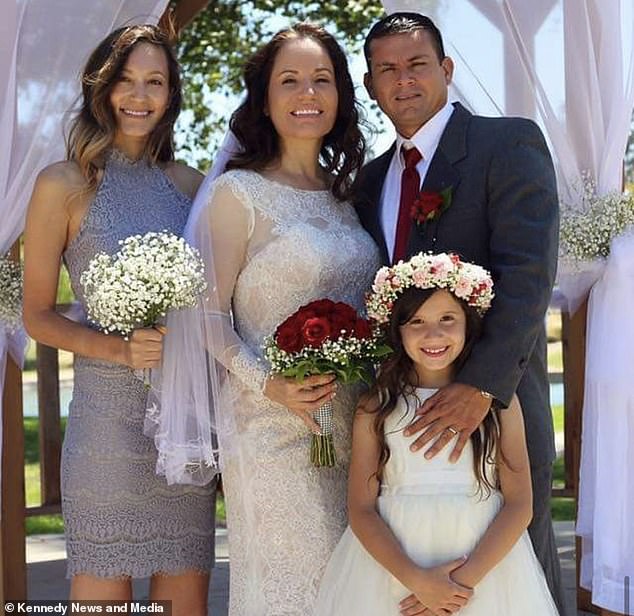 Castaneda served 20 years in prison for killing his ex-wife but Garcia, 49, says she believes in ‘second chances’ and she married him within seven months (The couple pictured on their wedding day in 2008 with her daughters Ashley, far left, and Seleste, right)

However, when her new husband walked out without giving any explanation just a year after the couple married,  she says she realised that she had allowed the convict to ‘manipulate’ her by treating her so nicely.

The mother-of-two feels that her ex-husband ‘took advantage’ of her past as a victim of domestic violence, by ‘sweeping her off her feet’ with charming behaviour that was a stark contrast to the treatment she was used to.

Garcia, now a parole case manager, hopes to raise awareness of domestic violence and to encourage people to be more understanding of the impact it has on survivors.

She explains how she fell for his charms, saying he was ‘attentive to my needs and everything every woman would want.’

‘He had 20 years in prison to spend thinking about how he was going to treat a woman when he got out and so he treated me very well.

‘He did confess that he’d gone to prison for murdering his wife and it appeared at the time that he was extremely remorseful.

‘Since I had been accustomed to being with a violent man – I can’t believe I’m saying this – but at the time it didn’t seem all that bad.

She admits that now she looks back and thinks: ‘My god, what was I thinking? I married a man that killed his wife. Any other woman would have ran the other way but because of my life experiences I allowed him to manipulate me.’ 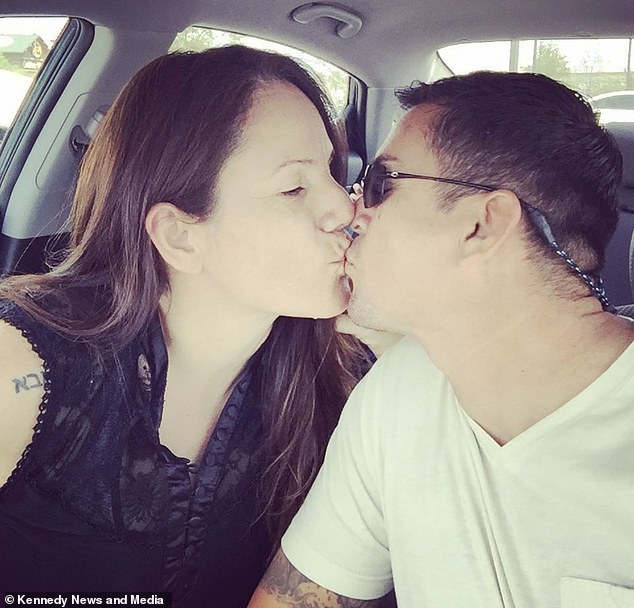 Despite her husband ‘treating her very well’ during the early months of her marriage, Castaneda ended their relationship after just a year, leaving her feeling ‘manipulated’ 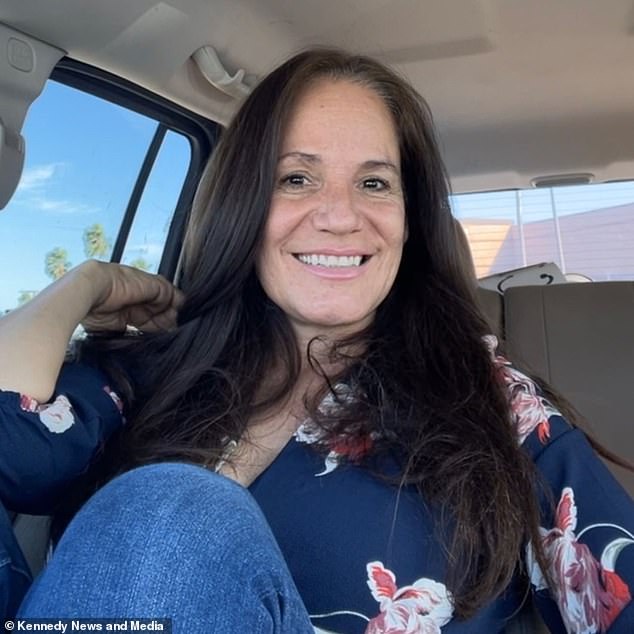 Despite the fact the mother-of-two says she feels ‘preyed upon’ when reflecting on her relationship, she doesn’t regret the marriage, saying: ‘I do believe that he paid his debt to society – he spent 20 years of his life in prison.’ 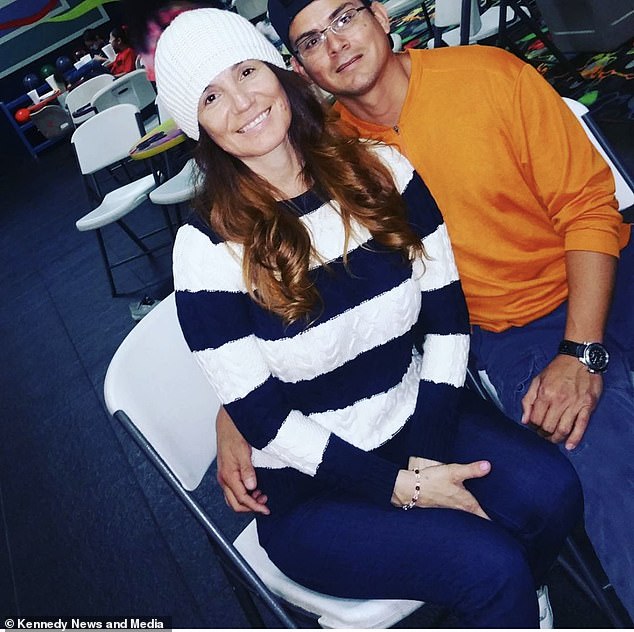 No doubts: She said her ex-husband’s ‘gentle, remorseful’ demeanor meant she didn’t have any doubts about marrying him at the time

She says she believes her ex-partner ‘took advantage of my prior life experiences, which was that the relationships I’d been in were so violent and he preyed on that.

‘These guys spend a long time in prison and what I’ve learned now is that they learn how to manipulate women.’

She reveals she was ‘happily single’ for eight years before she ended up meeting her now ex-husband.

At the time, Garcia was working in a school for troubled youths and says one of her students mentioned a family member had just been released from prison.

As a firm believer in second chances, she says she offered for the man to get in touch with her to see if she could help with his transition back into society in any way.

Despite ‘never intending’ to become romantically involved with him, the mother-of-two says the convict ‘swept her off her feet’ and the pair married in July 2016.

The domestic violence survivor says because of her history with violent men and the ‘gentle, remorseful’ demeanor Gerardo presented himself with meant she didn’t have any doubts about marrying him at the time. 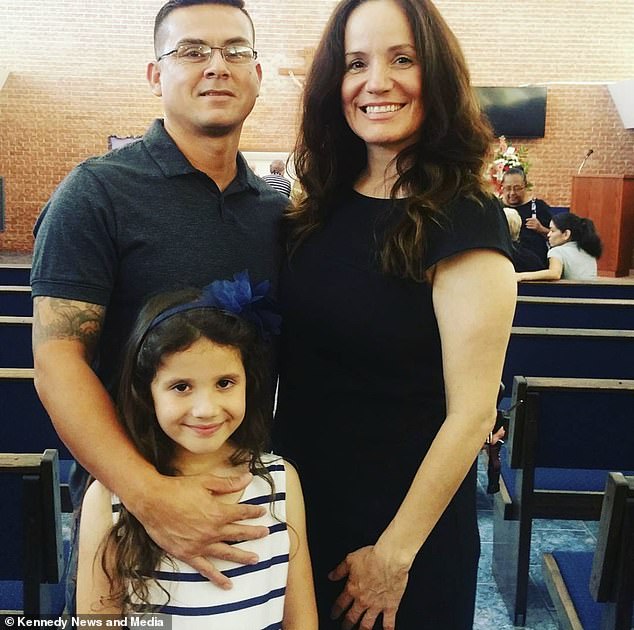 The couple were happily married, Garcia thought, but just 12 months after walking down the aisle, her husband had walked out of the door (The former couple pictured with Garcia’s daughter Seleste)

She explains: ‘We started dating very quickly, within weeks and then a few weeks later he told me his crime.

‘When he told me that he’d killed his wife I had a lot of compassion for him because he cried and made it sound like he didn’t mean to take her life and I believed him at the time.’

Castaneda is now believed to be in a relationship with another woman and father to a baby with her.

This shock end to their marriage made Garcia believe that her now ex-husband had ‘manipulated’ her from the beginning and she now questions his feelings for her throughout their marriage.

However since posting about her experiences online to raise awareness about domestic violence she has been inundated with abuse for her decision to marry a man who murdered his first wife. 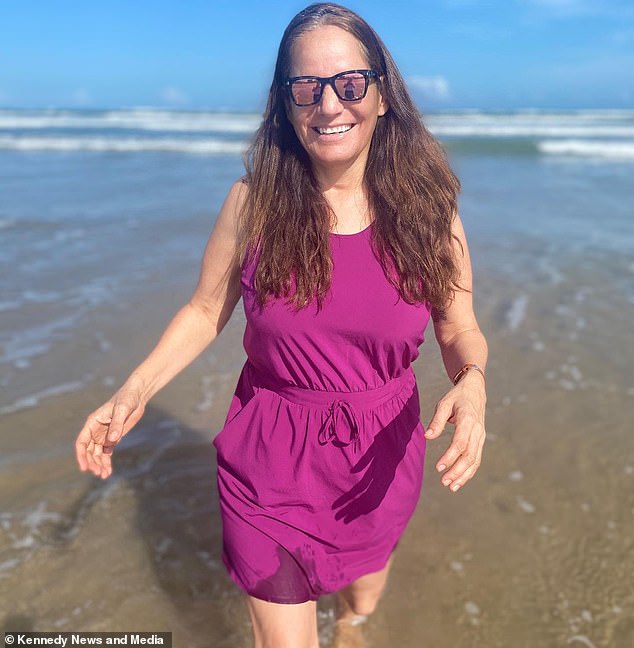 After sharing her story, Garcia was hit with criticism for marrying a man convicted of murdering a woman, with one writing: ‘No one who’s [taken] someone’s life deserves a second chance’ 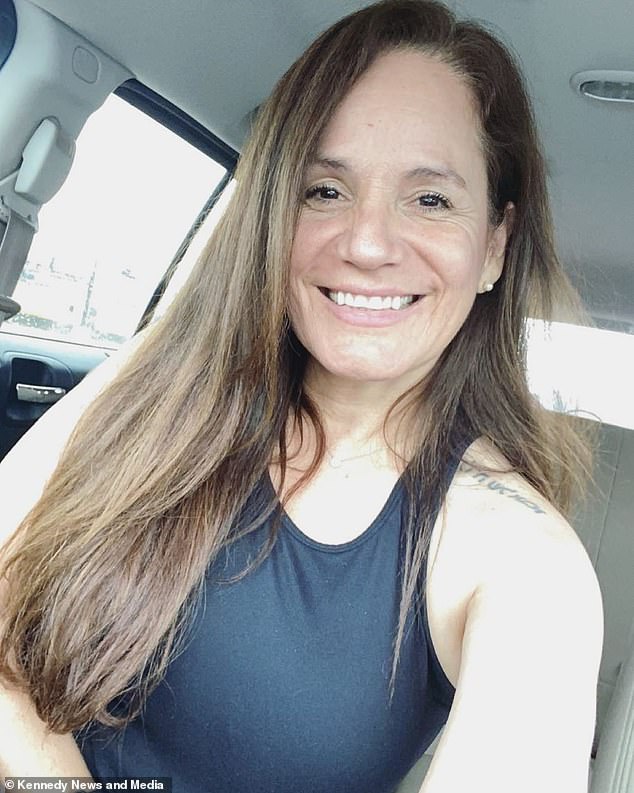 Experience: She says she wouldn’t date someone with a history of violence against women so quickly again (Pictured: the couple during their marriage)

Some commenters were baffled that Stephanie could have got in a relationship with someone with Gerardo’s past after her prior experiences but she believed he had ‘paid his debt to society’.

One commenter said: ‘So you’re a [domestic violence] victim yourself but decided to support and marry [a] man who MURDERED his wife..’

Another said: ‘No one who’s [taken] someone’s life deserves a second chance..’

Stephanie said: ‘I think it’s unfair to a survivor of domestic violence to be judged so harshly because I feel that the decision I made to get involved with a man that had murdered his wife really came back to the fact that I had been in abusive relationships for so long.

‘I do believe that he paid his debt to society – he spent 20 years of his life in prison and it really doesn’t make sense but I am a person that believes that people deserve second chances.

‘But I also know from working with that population that these people know how to manipulate – people judge me for getting involved with him but he manipulated me and people don’t understand that.

‘I’m older now and more mature so I can see that now.’

Gerardo Castaneda has not responded to requests to comment.

For advice and support on domestic violence, visit womensaid.org.uk